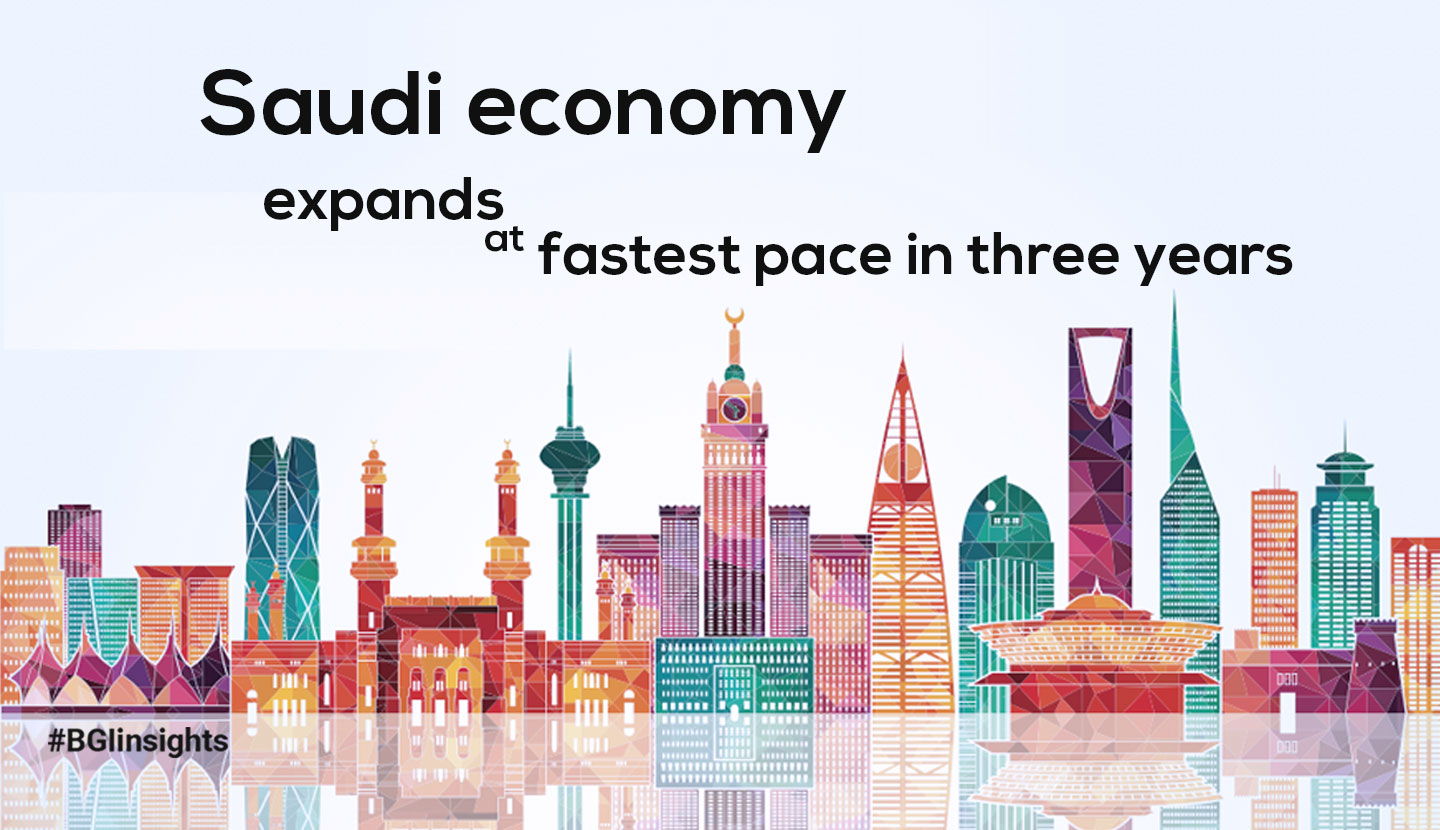 Saudi Arabian economy in Q4 2018 has expanded at the fastest pace since Q4 2015, driven by improvement in the oil sector (constituting ~70 per cent of Q4 GDP expansion) on account of higher oil prices (+11 per cent y-o-y) and crude exports (+8 per cent y-o-y).

However, the non-oil sector expanded at a slower pace (+2.0 per cent y-o-y Vs +2.1 per cent y-o-y), weighed down by the slower rise in ‘Finance, Insurance, Real Estate & Business Services’ segment.

Saudi’s crude exports touched 7.8 million barrels per day (mb/d) in November, as compared to 7.2mb/d on an average in 2018. In addition, the non-oil sector also supported the GDP expansion, although at a slower pace compared to the previous quarter, driven by the manufacturing and financial services segments.

In addition, the ‘Wholesale & Retail Trade, Restaurants & Hotels’ segment slowed down compared to the previous quarter, due to weaker spending on non-essential items along with the exodus of expats.

However, the ‘Construction’ segment remained sluggish. Nonetheless, we continue to believe that the Government’s expansionary fiscal policy for this year will provide an impetus to the non-oil sector in the coming quarters.

Meanwhile, the recent data released by the Saudi Arabian Monetary Authority (Sama), also indicates a continuous improvement in Saudi economy. Credit to the private sector rose at the fastest annual pace in more than two years (+3.1 per cent y-o-y; +0.8 per cent m-o-m) in February, while bank claims to the public sector also recorded a rise (+21.2 per cent y-o-y; +3.6 per cent m-o-m).

Meanwhile, the cost of living index remained in the deflation territory for the second consecutive month (-2.2 per cent y-o-y; -0.2 per cent m-o-m) in February. The ‘Housing, Water, Electricity, Gas’ sector (weighing ~25.4 per cent of the index) impacted the most, likely on account of lower housing rentals amid weak demand following expat job losses.

IIP marginally slipped -0.4 per cent q-o-q in Q3 2018, weighed down by the ‘Manufacturing Industry’ and ‘Electricity Supply’ sector (together accounting ~25.7 per cent of the index). Nonetheless, in order to improve investments in the private sector, King Salman has recently launched four new projects worth SAR86 billion ($23 billion) in Riyadh, which will provide investment opportunities worth SAR56 billion for the private sector and help create more jobs for Saudi nationals, the report said.

Overall, Saudi Arabian economy will remain on the trajectory of improvement, on the back of the government’s commitment towards improving the non-oil economy coupled with healthy oil prices, Al Rajhi said in the report.