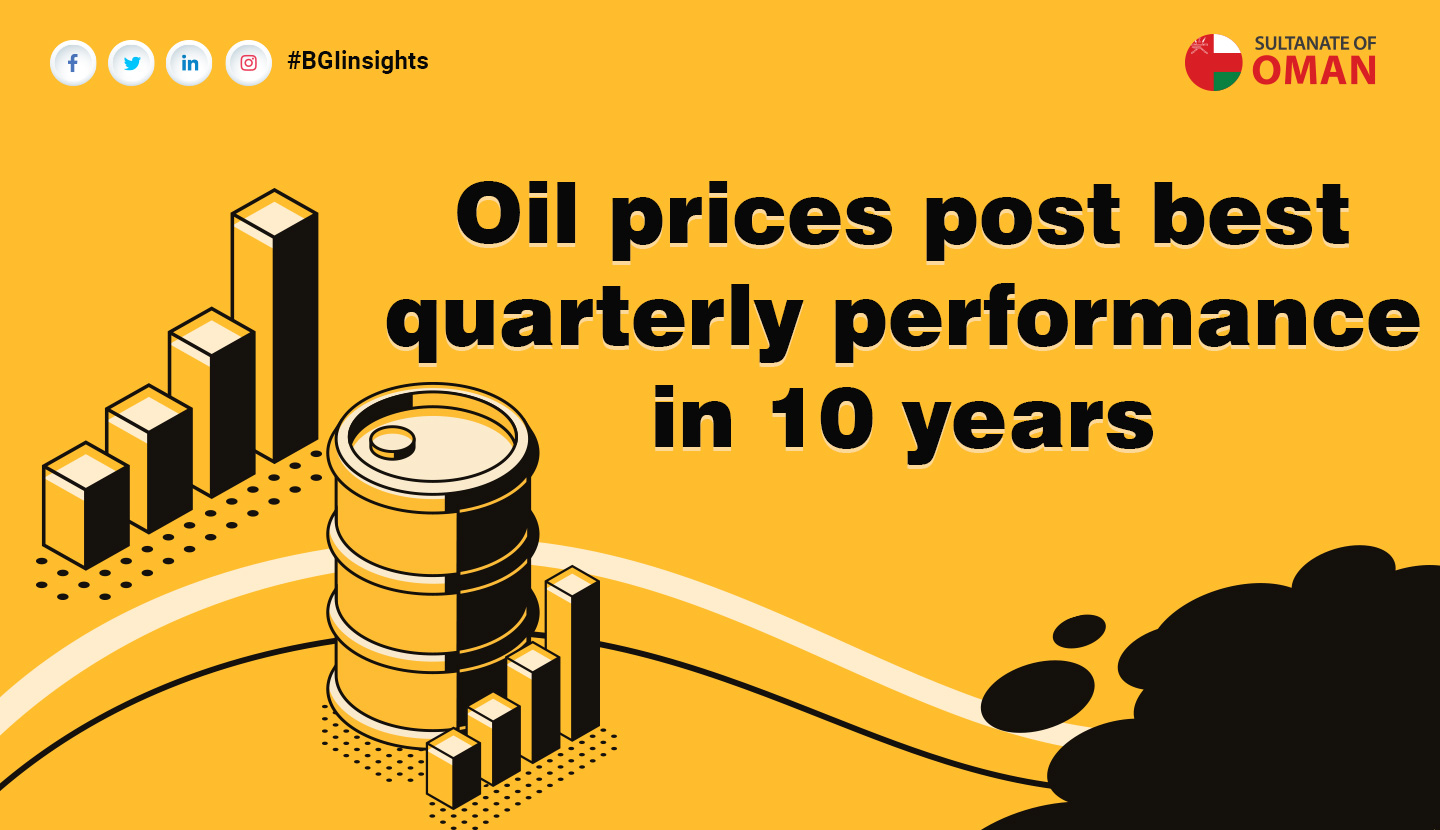 Oil prices for the first quarter of 2019 have posted their best quarterly performance since 2009. Buoyed by signs of a tightening market, with Saudi Arabia taking the lead in curbing production, and a decline in production from the US, Russia, Canada, Libya and Iran, among others, oil prices are expected to firm up during second and third quarter of the year.

In research published this week, National Bank of Kuwait (NBK) evaluated the state of oil markets for 1Q19 and provided an outlook for the second and third quarters. Improving oil prices have been driven by a tightening market, with production cuts across a number of global producers. Opec’s efforts to set production limits, in addition to commitments to the Vienna Agreement, have resulted in significant reductions in output by leading oil producers.

Even in the US, supply has been less bullish. While US crude production continues to break new ground, the number of oil drilling rigs has fallen for six consecutive weeks, by 7.8 per cent in 2019.

NBK Group Chief Economist, Dr Saade Chami, commented: “We expect oil prices to firm up over the second and third quarter of this year, as estimated global oil demand remains unchanged and the demand/supply balance flips into deficit for the second and third quarter of the year. The possible non-renewal of the 180-day US sanctions waivers on Iran expiring in early May will have a significant impact on oil markets, with a potential reduction in supply of several thousand barrels. However, experience taught us that oil prices are subject to large swings as we have witnessed recently”

The report indicates that a more aggressive response vis-à-vis Iran in the context of falling Venezuelan production could lead to an even tighter market, especially in heavy crude, and propel crude prices above what US president Donald Trump would be comfortable with. Extending the waivers for another six months or slowly tightening the criteria, by reducing the list of countries eligible for waivers, might become an attractive middle way for the US.

Dr Chami continued: “Of course, the oil price outlook rests on several moving parts, both economic and political, and not all of which will necessarily come into play to the extent envisaged – or at all – during the remainder of the year. Policy changes, global geopolitical conditions and market dynamics will continue to affect a rapidly shifting price environment.”

Downside risks to oil prices could include greater-than-expected US shale-led supply gains; termination of the Opec+ supply agreement in June, or under-compliance by a few members; and a further weakening of global economic growth.

The International Maritime Organization’s 2020 regulations, set to come into effect next year, will put upward pressure on diesel and crude oil prices. With maritime shipping accounting for 3 per cent of demand for oil, ships will now be required to shift from high-Sulphur fuel oil to low-Sulphur diesel/gas oil. The oil price impact of this development could be asymmetrical, with upward price pressure on light sweet crudes such as Brent, which are low in Sulphur, and downward pressure on higher levels of Sulphur.