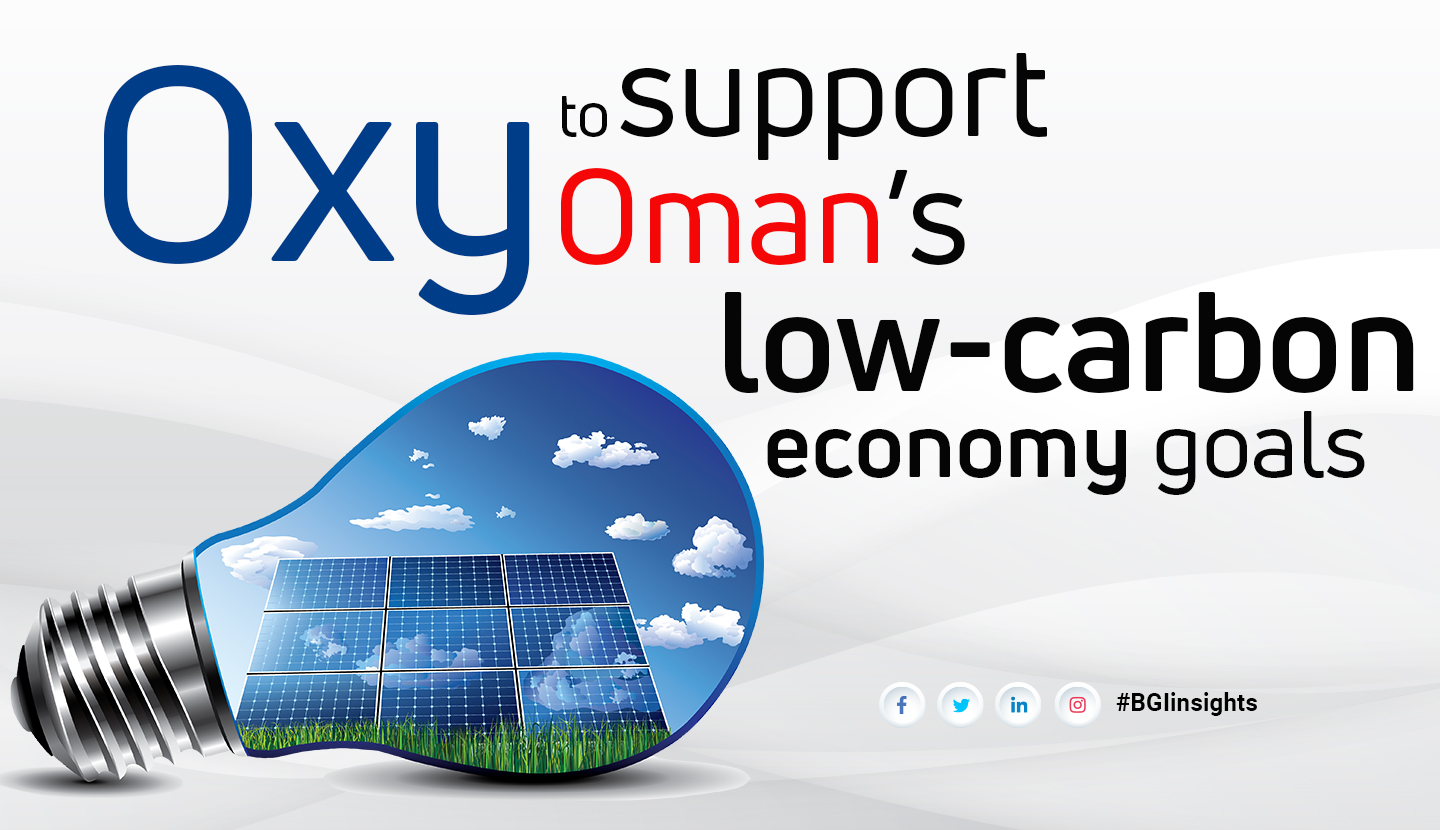 Occidental Petroleum (Oxy), the largest independent producer of hydrocarbons in the Sultanate, says it is well-positioned to support Oman in achieving its ambitions to become a low-carbon based energy economy.

The US-based corporation, which operates as many as eight Oil & Gas blocks in the Sultanate, is a world leader in a range of innovative technologies that can help Oman reduce its dependence on fossil fuel based resources to power the economy, a high-level executive said.

“Oxy is extremely proud to be a partner for the Government of Oman in achieving its vision of a more environment-friendly, sustainable, and diversified economy that is less reliant on fossil fuel to support robust development for the future,” said Sandy Lowe, Executive Vice-President & Group Chairman, Middle East — Occidental Petroleum.

“Oman is poised to be one of the greatest beneficiaries of this new energy economy; (It) supports development and deployment of innovative technologies that can reduce and avoid greenhouse gas emissions that are both sustainable and financially successful,” Lowe stated in a presentation during the 4th Duqm Society and Economy Forum, held at the Oman Convention and Exhibition Centre here yesterday.

Occidental of Oman, the energy firm’s wholly owned local subsidiary, was a sponsor of the daylong forum, highlighting the potential for developing the Duqm Special Economic Zone (SEZ) as a Smart City.

In his address, Lowe underlined the importance of renewable energy for any economy’s sustainable development. “Renewable energy is in everybody’s future! We believe we are at the forefront of a new energy economy that rewards innovation, especially that which reduces or avoids greenhouse gas emissions. Early adopters will reap the greatest benefits,” he said.

Illustrating its commitment to this new vision, said Lowe, is the Memorandum of Understanding signed recently by Oxy Oman with global solar technology specialist GlassPoint for the development of a 2-gigawatt solar energy plant for the Mukhaizna heavy oil field in Block 53. “This project will produce 100,000 barrels per day of solar steam, which will be used for the production of heavy oil from Mukhaizna,” he noted.

In this regard, he quoted Dr Mohammed al Rumhy, Minister of Oil & Gas, as saying that the Oxy-GlassPoint project “will further diversify Oman’s economy and conserve natural gas resources so it can used to fuel industries and generate power in other sectors”.

According to the executive, renewable energy can help maximise the successful production of oil and gas in ways that are less carbon intensive. “We see limitless potential for Oman in the application of innovative renewable technologies to multiple sectors,” he said.

He noted in this regard the example of carbon capture, utilisation and storage. “Oxy is the world’s leader in geological sequestration of carbon-dioxide via enhanced oil recovery (EOR). We can take avoided CO2 emission sand safely store it underground so it are never released to the atmosphere.”

The company has also invested in Net Power — a technology that produces electricity while eliminating all emissions except for pure streams of carbon dioxide and water, both of which can be used in oil operations, he said.

“Technologies like Net Power will have vast potential in Oman’s future operations. We have also invested in exciting technologies that also reduce the ambient levels of greenhouse gases in the atmosphere. Captured carbon dioxide becomes available for use in EOR or as feedstock for other products. I see this technology as another option for building a new energy economy here in Oman,” Lowe added.