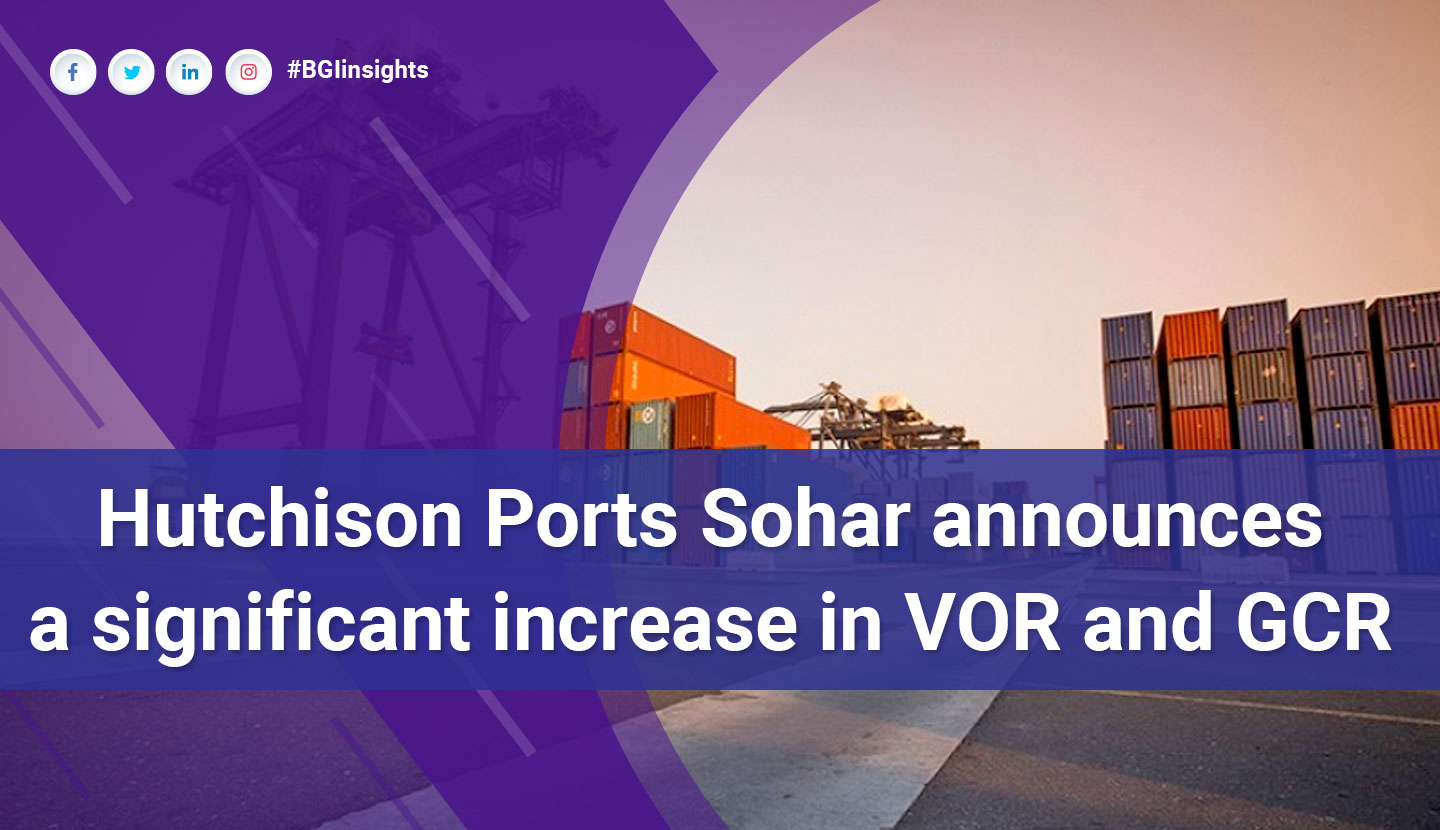 Hutchison Ports Sohar has announced a significant uptick in the pace at which shipping containers are handled by its remote-controlled super post-panamax quay cranes at the container terminal of Sohar Port and Freezone.

The terminal served three vessels in the last two weeks with an average increase of Vessel Operating Rate (VOR) by 40 per cent and the Gross Crane Rate (GCR) of average 38 moves per hour on one of the vessels and the highest of 52 moves per hour which is amongst the highest in the region, it said in a statement.

VOR and GCR refer to the number of container moves divided by the vessel operating hours and by the gross crane time respectively. The higher the VOR and GCR, higher is the terminal operations efficiency.

Celebrating the operational achievement with the Operations and Engineering teams, Anacin Kum, Chief Executive Officer of Hutchison Ports Sohar said, “I am very proud of our talented team and their efforts which proved to be of the main reasons of us achieving world-class productivity and efficiency.”

“This competitive edge combined with the existing state-of-the-art automated systems and additional equipment fleet expected to arrive in third quarter of 2019 will further increase the terminal’s handling capacity and facilitate the growth of Oman trade and economic benefits of export-import trade through optimal utilisation of capacity and fast turnaround times”, he added.

Hutchison Ports Sohar is a joint-venture between Hutchison Ports, the Government of the Sultanate of Oman, Steinweg of the Netherlands and a number of well-established Omani investors.

Hutchison Ports Sohar is a modern container-handling facility capable of accommodating the latest generation of mega-vessels.