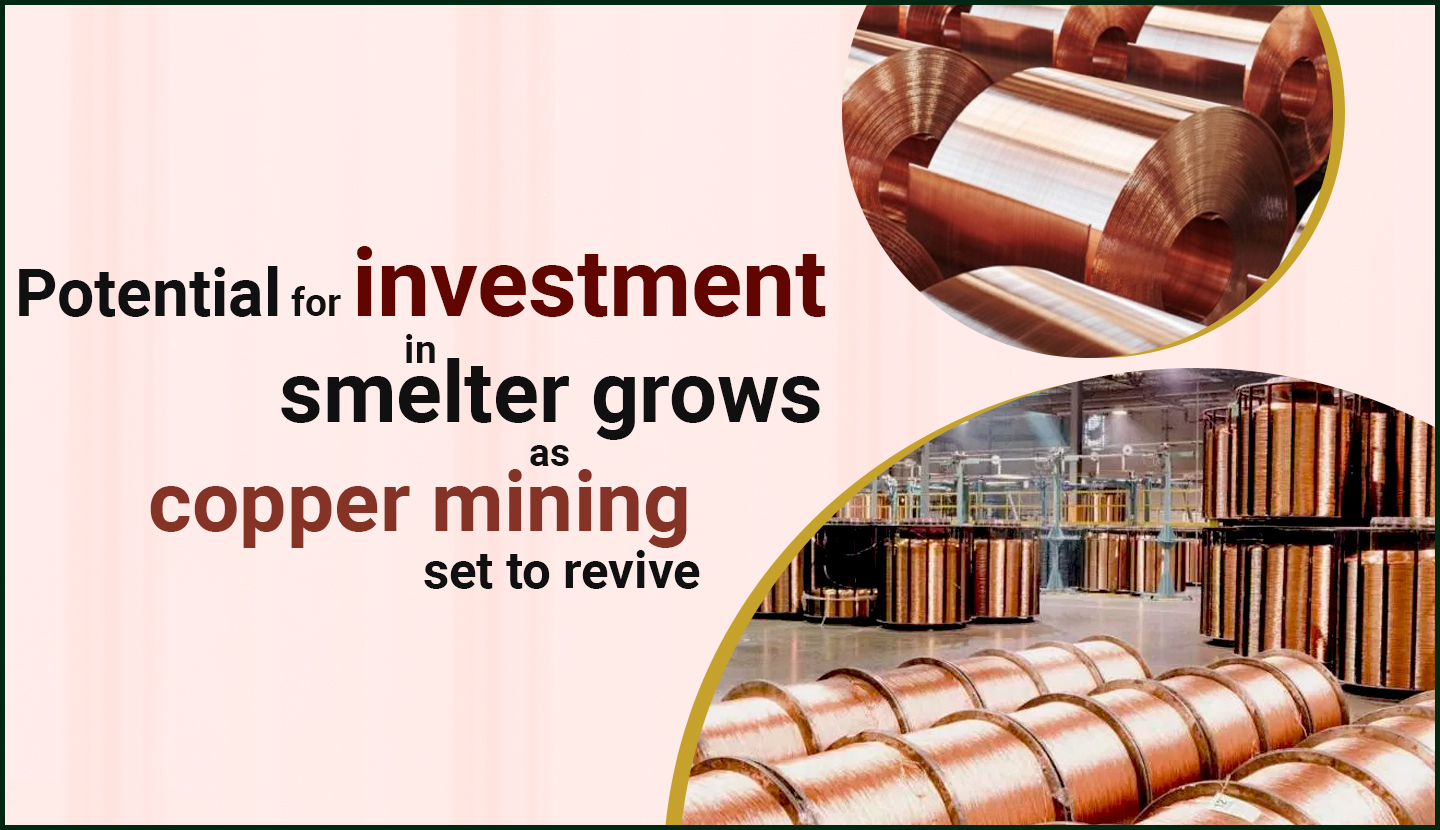 With a string of large-scale copper mining projects set to take off in the Sultanate, investments in a modern copper smelting and refinery project that adds value to Oman’s copper resources are expected to become increasing promising, according to a key mining industry executive. Justin Richard , Managing Director of Alara Resources — which is a key investor in a major copper mining and processing project in the Sultanate, said “there is a case” for investments in a smelter that would open up opportunities for value-adding copper manufacturing industries in Oman.

“The case for a smelter will be further strengthened if we see more copper projects up and running,” Richard stressed. “It’s not a decision for us alone, but I think there are probably 50 million tonnes of copper that’s been identified already, which supports the case.”

Richard was speaking to the Observer ahead of the 2019 edition of the Oman Mining Expo — the largest industry platform in the Middle East — which opens at the Oman Convention and Exhibition Centre, on April 15. An overview of Australian-based Alara Resources’ investment in the copper industry in the Sultanate will be presented during the three-day expo.

Australian-based mining investment firm Alara Resources is a 70 per cent partner in Al Hadeetha Resources, which has been awarded a licence to develop a major copper deposit at Washihi-Mazzaza in Al Mudhaibi Wilayat. Local Omani firm Al Hadeetha Investment is a 30 per cent partner in the project, which on the commercialisation of an estimated 16 million tonnes of copper ore — billed as the largest single copper resource in the Sultanate to date. The project includes plans for a 1 million tonnes per annum copper concentration plant with an initial 10-year mine life.

Last month, the joint venture announced the execution of a 60 million euro ($68 million approx.) investment agreement with Qatar-headquartered SAMA Global to help finance the development of the venture. The capital injection will also fund the infrastructure necessary to harness the copper deposits, as well as built the centrepiece concentrator and processing plant.

“We will also be shortly announcing the construction contract,” said Richard. At the heart of this contract is a concentrator plant with a capacity to process 1 million tonnes per annum of copper ore to produce 30,000 tonnes of copper concentrate per year. This concentrate will be shipped via Sohar Port to a smelter overseas, the official said, noting that Al Hadeetha’s preference is to utilise any locally available smelting capability.

Oman’s only copper smelter, owned by state-owned Oman Mining Company (OMCO) in Wadi Jizzi, will require a substantial upgrade or refurbishment before it can be utilised cost-efficiently, according to industry experts. However, the potential for an upgrade, or a wholly new, greenfield smelter and refinery, in lieu, is being increasingly prospective in light of several new copper projects set to get off the ground in the coming years. OMCO’s copper project targeting prolific deposits in Block 10 in Yanqul is also making headway. So are Mawarid Mining’s copper projects in North Al Batinah Governorate.