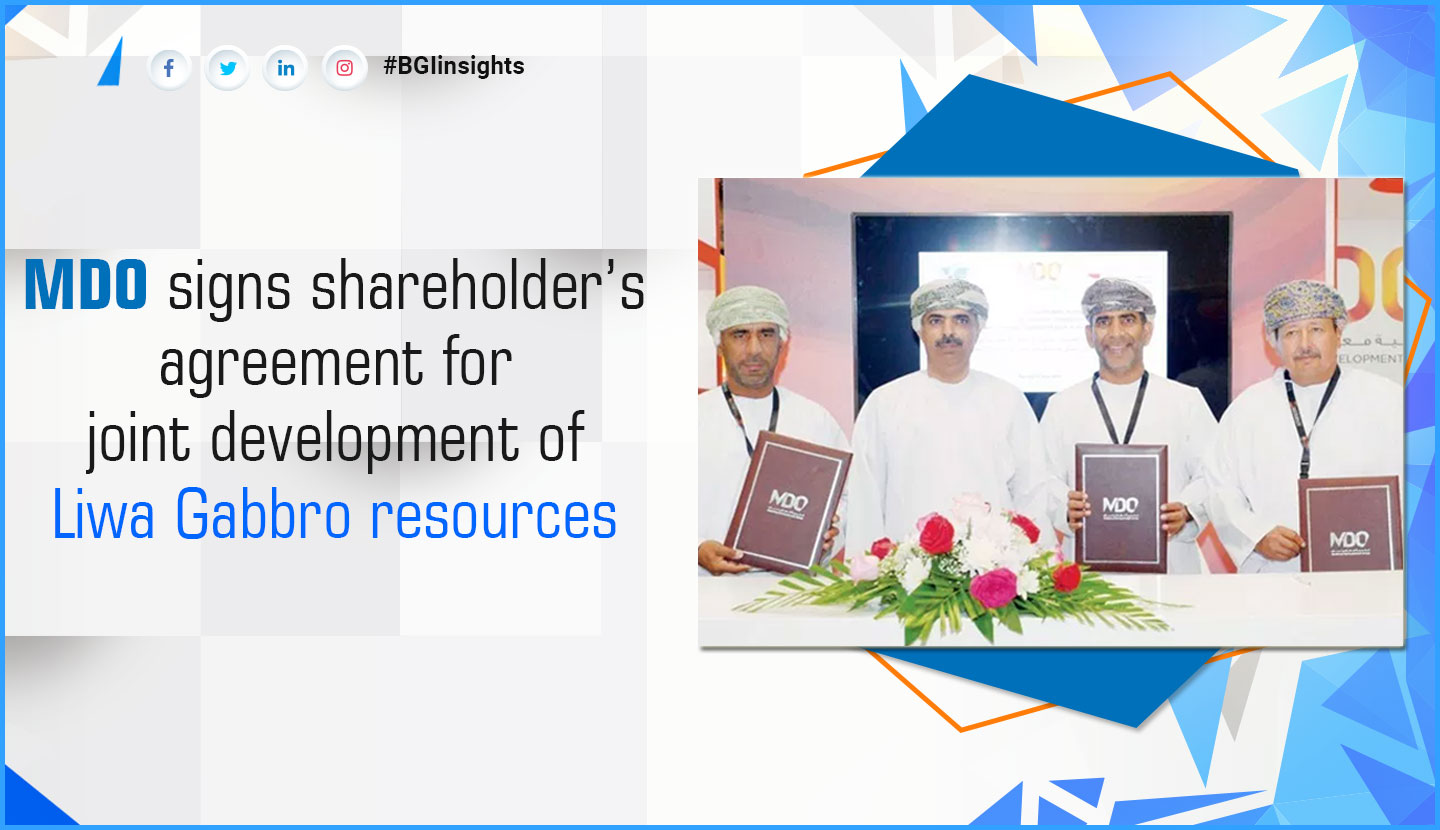 Participating in the initiative as shareholders are Minerals Development Oman (40 per cent), Assarain Enterprise (30 per cent) and Al Fajar Al Alamiya (30 per cent). The agreement was signed in the presence of Hilal al Busaidy, CEO of the Public Authority for Mining (PAM). The signing took place on the second day of the Oman Mining Expo 2019 under way at the Oman Convention & Exhibition Centre.

Located in Liwa Wilayat, the Liwa Gabbro Project covers an area of about 2 sq km. A mining licence for the development of the resource was awarded to MDO by the Public Authority for Mining (PAM) in February this year. The site has indicated mineable resources estimated at 211 million tonnes and, with an estimated production of 5 million tonnes per annum. The life of the mine is estimated to be 50 years.

“MDO held discussions with various players in the gabbro industry for partnership and, after negotiation, an SPV with Oman’s Assarain Enterprise and Al Fajar Al Alamiya was formed to develop the project,” said MDO in a press statement.

MDO has been set up with a strategic vision to unleash the potential of Oman’s mining sector in support of the socioeconomic progress of the Omani population, notably through employment creation, local capacity building, small business growth, community sustainable development, and GDP growth.