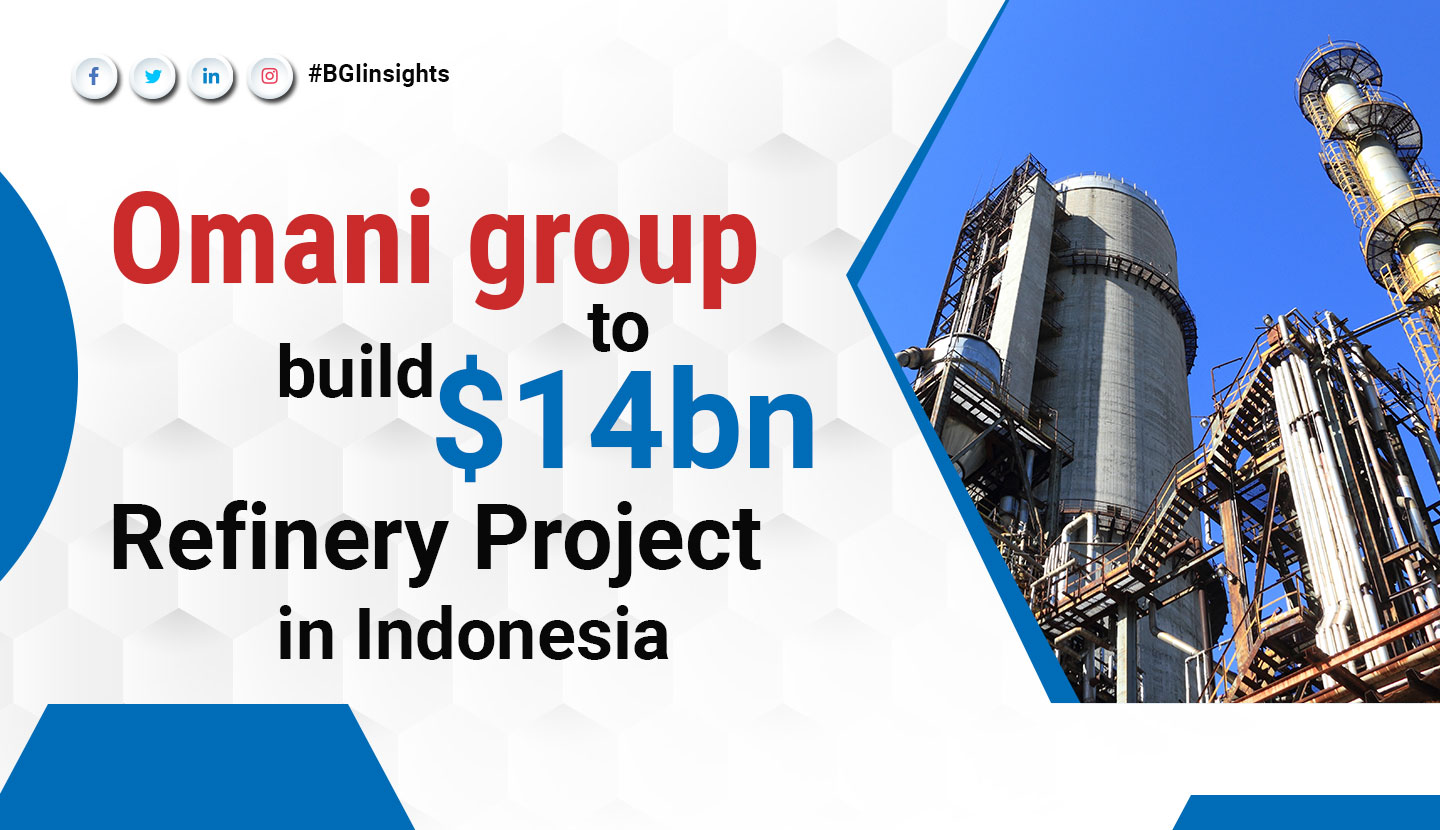 Oman’s Overseas Group’s sister company, Overseas Oil & Gas LLC (OOG) has signed an agreement for developing a 300,000 barrels per day oil refinery in Indonesia in association with Indonesia’s state-owned oil company Pertamina. The refinery project will be set up in Bontang in Indonesia’s East Kalimantan region, with an estimated investment of around US$14bn.

Speaking to Muscat Daily, Hamyar al Ismaily, chairman of Overseas Group said the whole process started around two-three years ago, when Indonesian authorities first mooted the idea of setting up a refinery.

“After a rigorous and multi-stage bidding process in which global majors also participated, Indonesia’s government selected us. The initial agreement was signed in February 2018 while the final one was signed in December 2018 between our group’s sister company Overseas Oil & Gas LLC, and Indonesia’s state-owned oil company Pertamina,” Hamyar said.

According to him, once their group made into the final list of bidders, OOG’s owners using their personal connections invited a delegation of Indonesian government officials to visit Orpic’s refinery and petrochemical plant in Sohar. “After seeing the Orpic refinery in Sohar, they were very impressed and wanted to set up similar infrastructure in their own country,” Hamyar said.

Indonesia, a country with over 260mn population, has been facing shortage of fuel products for many years. As per the official figures, Indonesia’s total demand for fuel is around 1.6mn barrels per day whereas the six refineries operated by Pertamina have a combined capacity to produce 1.1mn barrels per day.

“The key advantage of being a part of this project is that we never have to worry about selling the products coming out of the refinery as the local government has assured to purchase all products be it kerosene, diesel, petrol, naphtha or any other bi-products,” he said.

Explaining more about the agreement signed with Indonesian authorities, Hamyar said OOG will have a 70 per cent stake in the joint-venture whereas the Indonesian government will hold remaining 30 per cent stake. The refinery will be developed on built-own-operate-transfer basis.

“It is a 30 years long agreement, after which the ownership of the project will be transferred to the Indonesian government,” Hamyar said while adding that they plan to raise funds through a mix of equity sale and debt, and for which talks are going on with major financial institutions and other key players globally.

He said that the engineering, procurement, construction and financing contracts for the project will be awarded soon and for which they have selected a Korean firm and several European firms. “The project construction is expected to start soon as we have recently signed deals for awarding civil contracts. We expect to complete the project by mid-2023.”

Hamyar further said that Overseas Group can also bring in investors to do a similar project in Duqm. “We have already been approached by several foreign investors after they have seen our Indonesian project taking shape, we only need an assurance from concerned authorities that the government will support us in obtaining various permissions and land.”