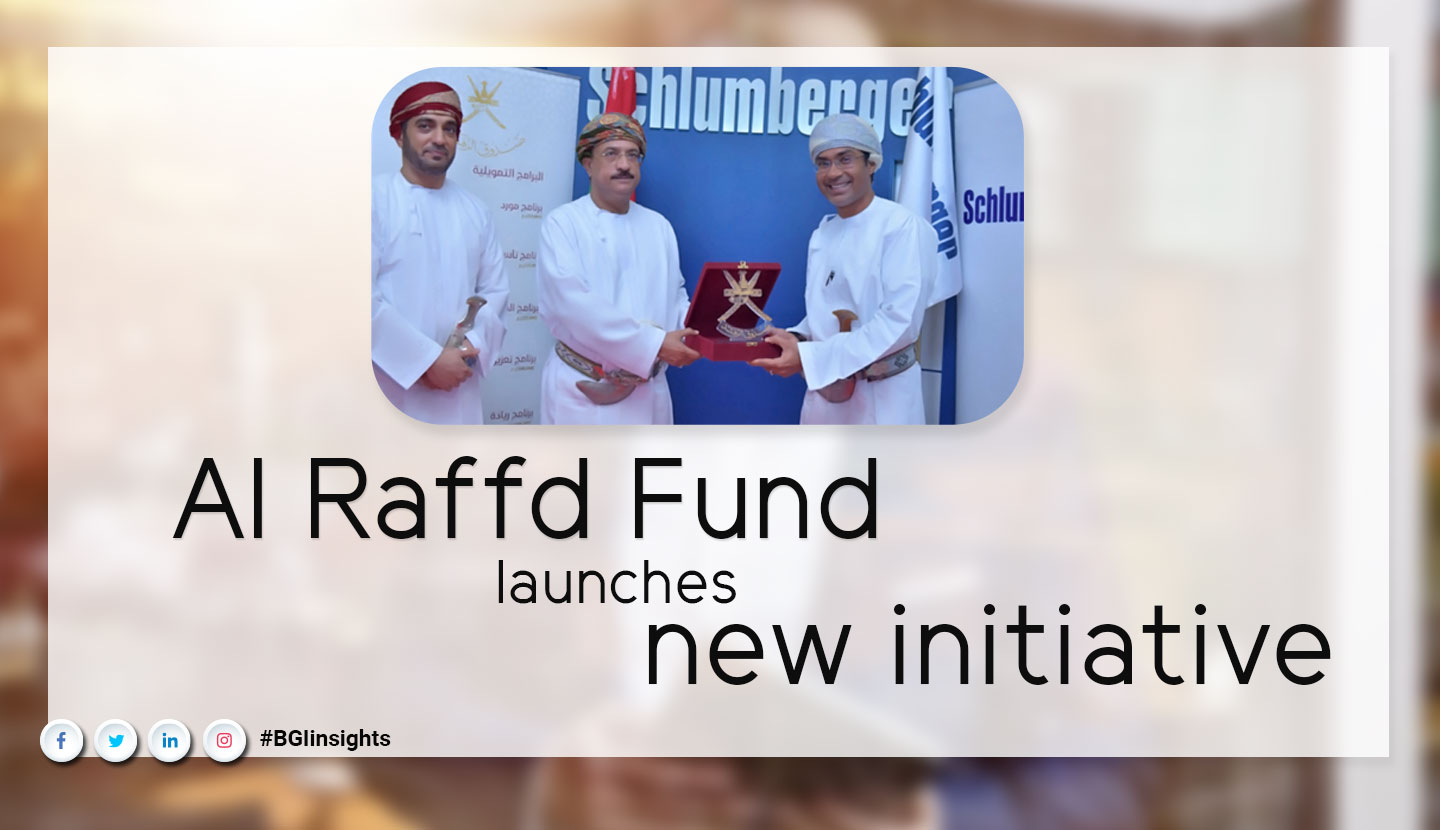 As a part of its efforts to provide business opportunities to SME entrepreneurs, to open new marketing outlets throughout Oman and to enhance beneficiary cooperation between the public and private sectors in the Sultanate, Al Raffd Fund launched recently Al Muqsuf Initiative at Schlumberger Oman.

The event took place under the patronage of Dr Essam bin Ali bin Ahmed Al Rawas, Vice President of the General Authority for Craft Industries, Member of the Board of Directors of the Al Raffd Fund, in the presence of Tariq Bin Suleiman Al Farsi , CEO of Al Raffd Fund, Ali Bin Mohammad Rida Al Lawati , CEO of Schlumberger and a number of directors and officials of the company and the fund.

Al Muqsuf Initiative aims to establish a number of small coffee shops to offer different meals and drinks to the employees in government and private offices at the institution's headquarters.

The first two projects of Al Muqsuf Initiative have been inaugurated at the building of Schlumberger Oman, by Dr. Al Rawas, Vice President of the General Authority for Craft Industries, member of the Board of Directors of the Al Raffd Fund.

Commenting on this initiative, Al Rawas thanked Schlumberger Oman for hosting the first two projects, stressing that, the company has contributed significantly to the realisation of the Al Raffd Fund’s message and targets.

"Al-Raffd Fund works well to change the entrepreneurial mindset, which is a viable concept, while the involving in entrepreneurship by setting new business project has its many challenges, as the Sultanate’s youth are capable to overcome the challenges, which they may face in this field," Al Rawas added.

Tariq Bin Suleiman Al Farsi , CEO of Al Raffd , said: "Al Raffd Fund is always keen to develop the SME enterprises, which is financed by the fund, through providing necessary support and solutions to SME, in addition to help in providing business opportunities and contracts for these enterprises, where Al Muqsuf Initiative is considered to be a part of support provided by the fund to its beneficiaries."

"Today we are witnessing the launch of the first two projects of Al Muqsuf Initiative of two small cafes and thank Schlumberger Oman for their cooperation and hosting of the these projects," he added.

"Al Raffd has financed all studies and research related to the initiative, developed the site, and provided all the equipments that required for the two projects. Therefore we are pleased to thank the company where it allocated a suitable place for the projects for a period of renewable two years “Al Farsi said.

The CEO of Al Raffd Fund also called upon all public and private sector organisations to support the Fund’s beneficiaries who are investing in the food sector by providing premises within their institutions, as this step will help to provide their employees by their need in this field.

Commenting on the same Initiative , Ali Bin Mohammad Rida Al Lawati, Chief Executive Officer of Schlumberger Oman, said that the company always seeks to support and develop the business sector in the Sultanate. Stressing that , the company hosting of these projects , is considered as a part of its commitment by its social responsibilities and an action of cooperation with Al Raffd Fund toward supporting SME enterprises.

He added that, "We hope to spread the initiative of the canteen in all provinces and states of the Sultanate because of their prominent role in promoting entrepreneurship and the establishment of small and medium projects in the Sultanate."

He wished for Al Muqsuf Initiative to achieve successful spread throughout the Governorates and Wilayats of the Sultanate, where it can help to enhance entrepreneurship in the country.

Rima Bint Khalid Al Qasimi, owner of the My-Way Café, one of the two inaugurated projects, has praised the efforts of Al Raffd Fund to make the project a great success.

She believes, the launch of Al Muqsuf Initiative will help to boost the food sector in Oman.

She also appreciates the psychological and advisory supports which she received in here project regardless the financial support.

Al Raffd Fund is looking forward to cooperate with all public sector companies to incubate projects of Al Muqsuf Initiative in their workplaces, where it will be managed by the beneficiaries of Al Raffd Fund.