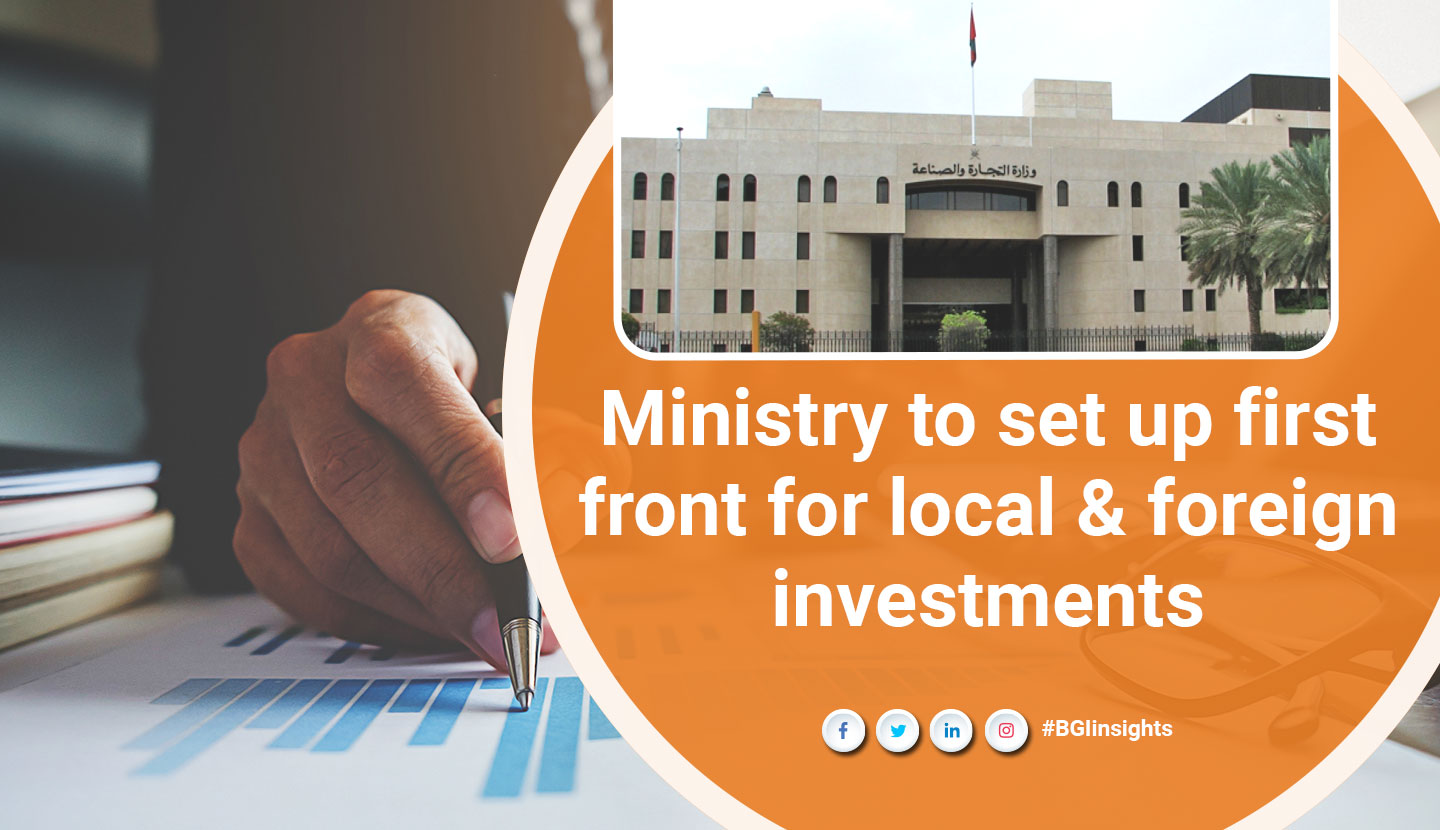 The Ministry of Commerce and Industry said that it is setting up Investment Services Information Centre as first front for local and foreign investment. This is decided in view of the outcome of the study about the reality of investment in the Sultanate as well as the government’s approach to strengthen roles of various sectors and support the idea of economic diversification.

The Investment Services Centre is aimed at developing investment environment in the Sultanate and making establishment of projects of various types easy by increasing transparency and speed of procedures and services, promoting foreign direct investment in Oman and overcoming obstacles being faced by the investors.

Engineer Ibrahim Bin Saeed Al Mamari, Chief Executive Officer, Investment Services Centre, said: "The vision of the Ministry of Commerce and Industry is to work through this centre seriously and address the challenges in the investment in the Sultanate of Oman. It is also meant to find suitable solutions by opening direct channels with investors, and taking recommendations into account. It will help the investment sector in the Sultanate."

"From very first day, we started on the basis of the study about the performance of the portal InvestEasy to learn about the major challenges being faced by the investors. This also helped us in knowing that to which level we have reached in the integrated electronic connectivity with all organisations concerned with the commercial registration, licensing and issuing permits of different times. We have actually wanted to complete the procedures of investment swiftly without any hassle," he added.

"We would also look into the service and how it complies with the international standards in making the it more transparent so that environment for investment can be made more attractive to take advantage of the competitive atmosphere of the Sultanate. This is important for Oman to gain its position both at regional and international levels," he pointed out.

He said that practically eight government organisations have been linked with the system of Invest Easy at different levels with the plan to link them completely.

Al Mamari said that recently, a number of improvements have been made in the services provided through "Invest Easy” portal for commercial registration, commercial agencies, licenses etc. These improvements are aimed at simplifying and making business environment suitable.

He said that 10 per cent of work on the plan is over. The next phase is called "Invest Easy Version 2", will also include Intellectual Property, licenses, permits, connectivity with other organisations and annual reports. It will also have mobile application and a dashboard.

Al Mamari said that the coming phase required concerted efforts of all parties involved in the success of the investment in the Sultanate. The Investment Services Centre has developed an ambitious plan which includes the main partners of the public and private sectors. It is aimed at constructive dialogue and creation of joint platform where all can work in the interest of investment and removal of all obstacles.

He said that the plan would be announced shortly. For the plan a set of discussions with the concerned organisations were held and their recommendations were taken into account. It would make Oman as suitable place of local as well as foreign investments.

He said that the centre was working directly under the guidance of the honourable minister in coordination with the implementation and follow up unit so that whatever has come out in these discussions are implemented in toto to achieve the objectives.

He said that the centre was currently working on restructuring its administrative set up and developing strategies which are consistent with the role of the centre, in line with the investment and the business environment of the world at the regional and international levels.

The centre is also working to understand major challenges related to the Sultanate's position on business map in the annual report of the World Bank and to work to improve the its regional and international status gradually.

He said that to achieve this goal, the centre was working currently on developing a mechanism which divides investment projects into two one is Funnel Strategy and the second is Implementation Process. It is aimed at identifying strategic projects and focus on it without ignoring others. He said that this strategy depended on the international standards agreed upon with the main partners.

Engineer Ibrahim Al Mamari said that the centre would include a specialised team for studies and planning to make a base as a solid ground for the development of investment plans and programmes.