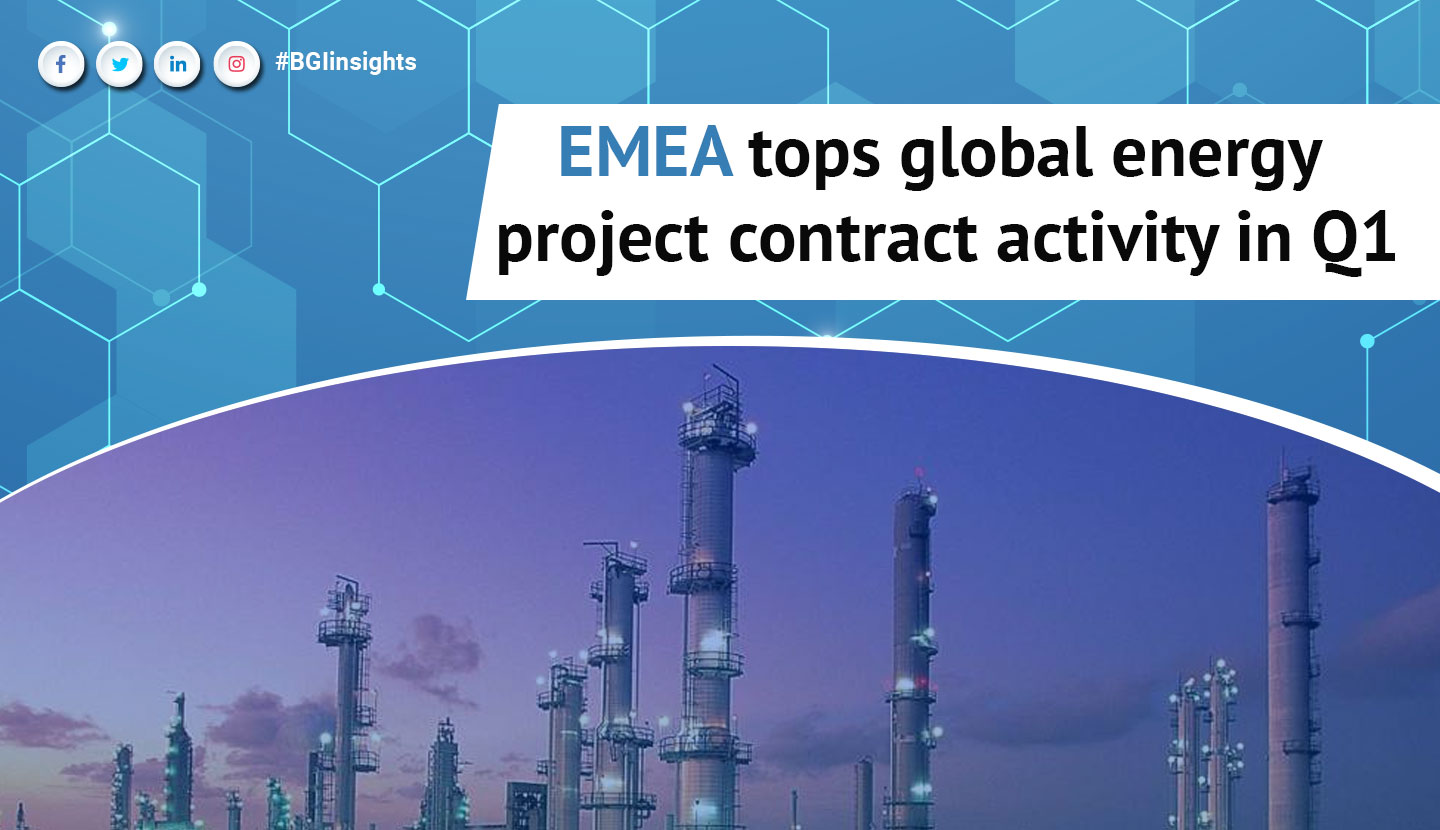 The Europe, Middle East and Africa (EMEA) region led the contract award activity in the oil and gas sector during the first three months of 2019 with 569 deals, representing around 48 per cent of the total awarded contracts, according to GlobalData, a leading data and analytics company.

Americas region came a distant second with 366 contracts, accounting for 31% of the total awarded contracts, it stated.

Operations and maintenance represented 64% of the awarded contracts in Q1 2019, followed by contracts with multiple scopes, such as construction, design and engineering, installation, O&M, and procurement, which accounted for 11%.

Other notable contracts during Q1 2019 included Saipem’s two deals worth $1.3 billion from Saudi Arabian Oil Company (Saudi Aramco) for the design, engineering, procurement, construction and installation (EPCI) services and implementation of subsea systems in addition to the laying of pipelines, subsea cables and umbilicals, platform decks and jackets for the development of Berri and Marjan fields in Arabian Gulf, offshore Saudi Arabia.

The other big deals were Petrofac’s lump-sum contract worth around $1 billion from Groupement Isarene for the engineering, procurement, construction and commissioning (EPCC), start-up and performance testing for the Ain Tsila field development project in Algeria; and McDermott International, along with its joint venture partners Chiyoda International’s mega contract in excess of $1 billion from Golden Pass Products for the EPCC of three 5.2 million ton per annum (mtpa) Liquefied Natural Gas (LNG) trains in Sabine Pass, Texas, US.