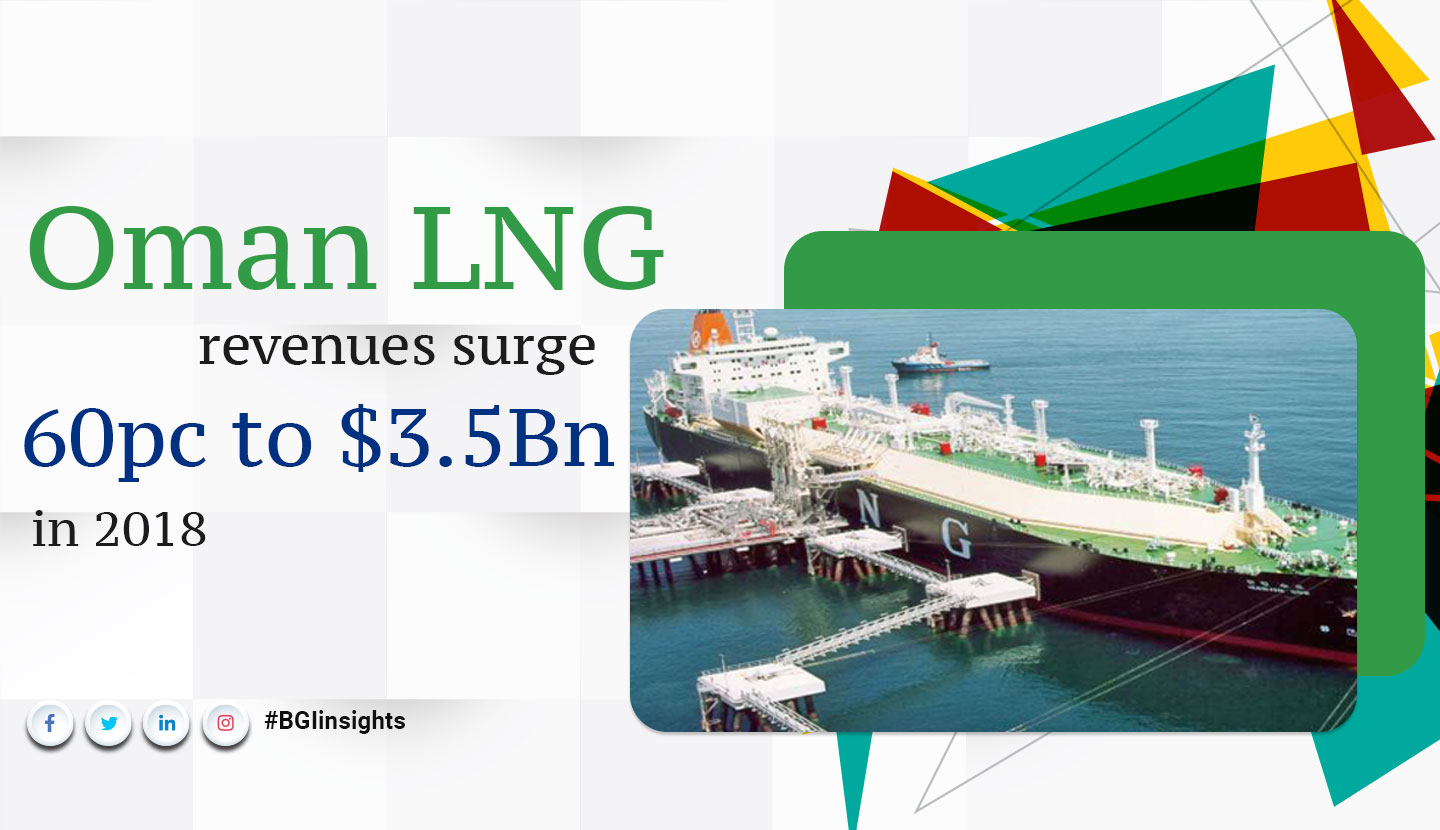 Oman LNG posted a dramatic 60 per cent growth in revenues, which surged to $3.505 billion for fiscal 2018, up from $2.196 billion a year earlier. Net Income After Tax (NIAT) soared 68 per cent to $1.079 billion in 2018, up from $642 million in 2017, the majority Omani government-owned gas liquefaction company announced in its newly published Annual Report for 2018. Meanwhile, Qalhat LNG, which owns the third of the three liquefaction trains that together make up the LNG complex, posted revenues of $1.230 billion in 2018, up from $1.003 billion a year earlier. Driving this impressive turnaround in Oman LNG’s financial performance are two key factors: Additional gas supplies that made possible the operation of the plant at its nameplate capacity of 10.4 million tonnes per annum (mtpa) for the first time, coupled with an uptick in international crude prices. The Annual Report also detailed major strides in Health, Safety and Environment (HSE) having notched nearly 30 million man-hours without Lost Time Injury (LTI) by the year end a notable achievement given the sizable number of operational and civil projects the Company has embarked.

In his message, Dr Mohammed bin Hamad al Rumhy, Minister of Oil and Gas, and Chairman of the Board of Directors of Oman LNG, also credited the company’s success to a combination of factors that transcend its balance-sheet.

“Although price stabilisation has brought benefit to the bottom line, Oman LNG’s success is a product of multiple converging factors. It is a success articulated far broader than the balance sheet, one that resonates with continuous improvement, cost leadership, on budget, safety achievements, staff empowerment, and CSR with compassion. For these proud achievements, we can thank exemplary leadership and an exceptional workforce,” Dr Al Rumhy stated.

“Even more encouraging, however, are the production and safety records we continue to deliver, and that is where true expansion now lies. This spells brighter prospects for our company and its stakeholders, our most important stakeholder being, of course, the country we serve.” Dr Al Rumhy added.

Harib al Kitani, CEO of Oman LNG, commented: “It was a year of multiple challenges, but we have become accustomed to surmounting challenges, thanks to our robust workforce and the world-class environment in which we operate. Our working environment is one in which modern facilities are amply complemented by initiatives that increase efficiency, promote sustainability and drive our progress towards renewables.”

2018 was also a watershed year for Oman LNG as the company progressed a number of landmark initiatives designed to ramp up production safely, efficiently and sustainably well beyond its current concession period.

A record 162 LNG cargoes (111 from Oman LNG and 51 on behalf of Qalhat LNG) were shipped from the Qalhat complex to an expanding network of destination worldwide in 2018, up from 134 cargoes (88 from Oman LNG and 46 from Qalhat LNG) a year earlier. Shipments of natural gas liquids (NGL) — a by-product of LNG production — totalled 36 in 2018.

Notable are agreements to establish a new gas engine driven power plant at its facilities in Qalhat designed to help conserve natural gas. The project is on target for start-up in 2020, according to Oman LNG. Also making headway is a Debottlenecking Project developed by Oman LNG to enhance efficiency as well as create additional value from surplus gas in the grid.

A key highpoint of the year was Oman LNG’s success in operating at full capacity for the first time in its two-decades-long operational history. Harib al Kitani, CEO, commented: “We achieved our production rate of 10.4 million tonnes per annum (mtpa) by a combination of regular plant maintenance activities” and “meticulous forward planning. The strength represented in this figure confirms our plant’s ability to process high volumes without cost to delivery or safety. Indeed, we have already pressed this capacity further, embarking on major projects, such as the Plant Rejuvenation Programme, the Power Project and the Debottlenecking Project, all of which are now running at full speed and all contributing to increasing plant efficiencies and boosting output.”