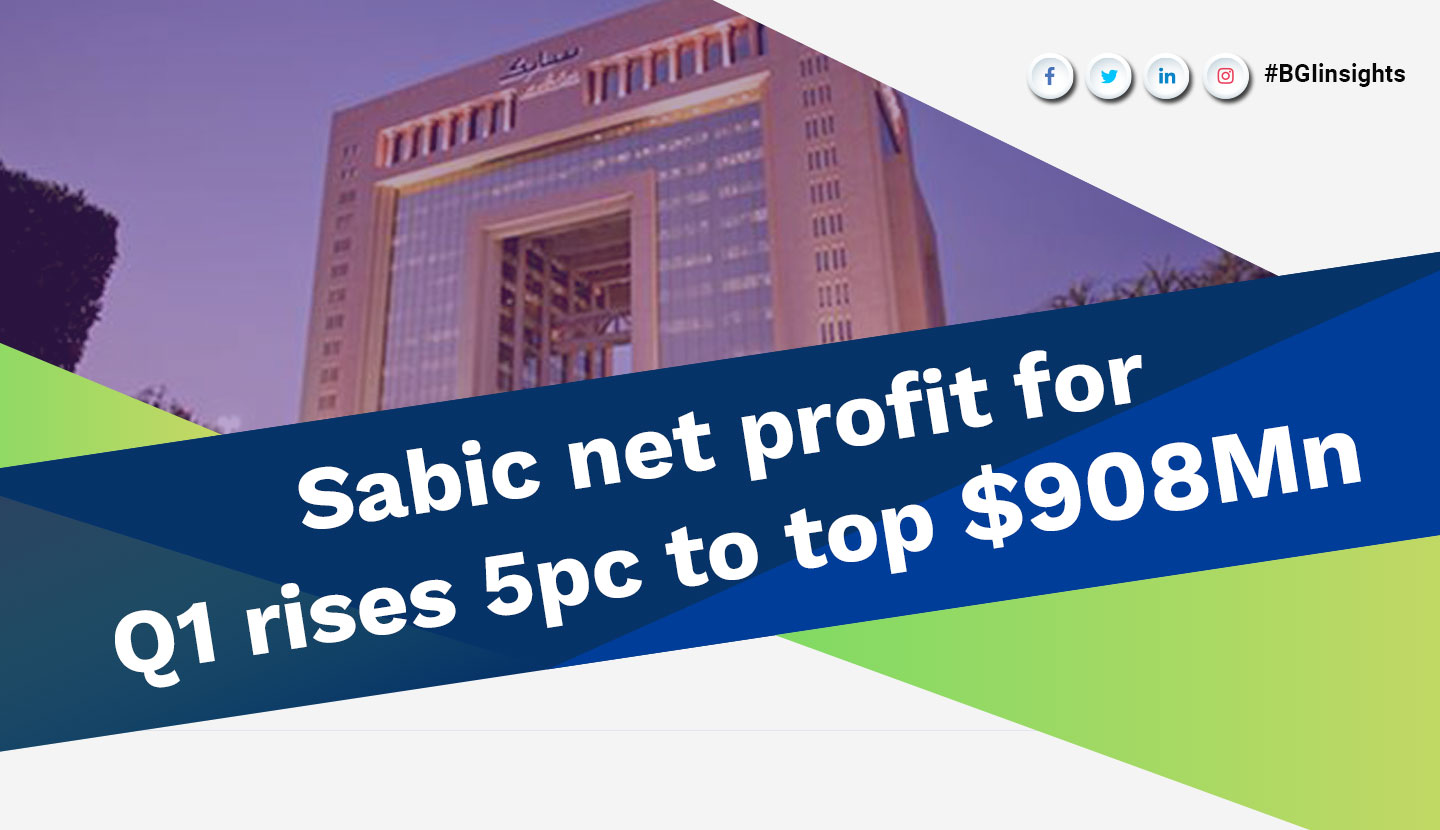 Saudi Arabia-based Sabic, a diversified manufacturing company, has posted a net profit of SR3.41 billion ($908.8 million) in the first quarter of 2019, an increase of 5 per cent compared to SR3.24 billion posted in the previous quarter.

Sabic attributed the change in the 2019 first quarter, compared to the same quarter of 2018, to slowing demand growth coupled with a slow year start and a relatively high level of inventories.

“Sabic remains on the path of transformation which started three years ago. We are progressing work to carve out our Specialties business and remain on track with the transformation of our Agri-Nutrients business. In addition, we are merging the operations of SADAF and Petrokemya. This will bring more efficiencies in operations and boost competitiveness. This transaction is expected to be completed in the second half of 2019,” Al-Benyan noted.

He continued: “Sustainability is a key focus for Sabic. At the end of last year, and in support of the circular economy, we have signed a memorandum of understanding (MoU) on recycled petrochemical feedstock in Europe with Plastic Energy, a UK-based company.

"Since then, we reached another significant milestone in the production of certified circular polymers using a feedstock produced from mixed plastic waste. Sabic is also one of the 27 founding members of “The Alliance to End Plastic Waste”, which is a global initiative between major plastics makers and some consumer goods makers.”