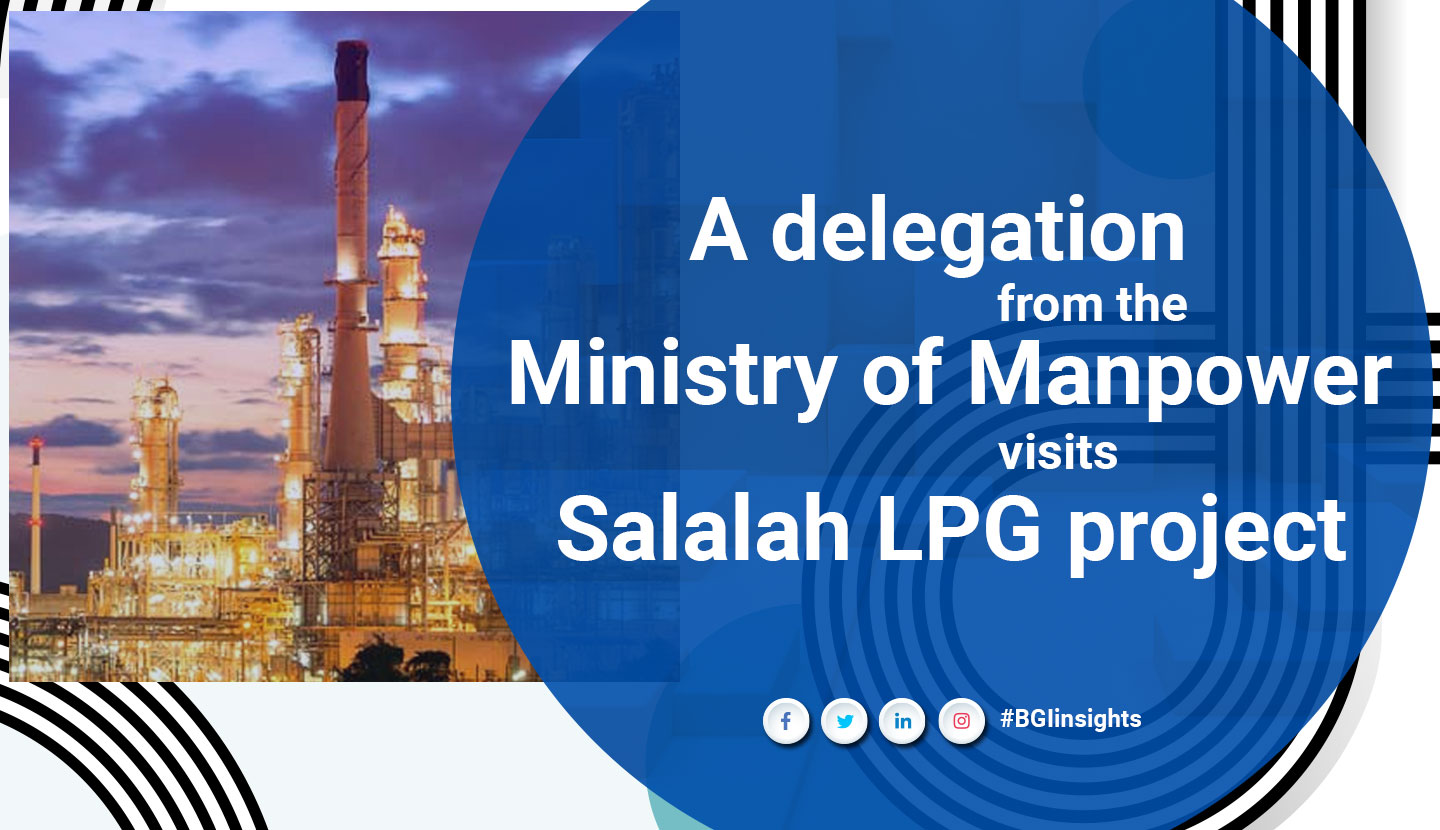 The aim of the visit was to witness the progress of the project and identify areas of collaboration between the ministry and the company in relation to human capital matters.

A presentation on the project was delivered to the delegation and later a tour was organised to the project construction sites namely- the extraction plant, storage area, and the export pipeline corridor, which is connected to Salalah Port.

At the site, Talal al Balushi, SLPG Site Manager, briefed the delegation on the project phases, and the strict HSE procedures followed. The Omanisation plan, and the training and development programmes were also among highlights of the visit.

Salalah LPG exemplifies a longstanding endeavour by Oman Gas Company to leverage the Sultanate’s gas resources and support the long-term objectives of the Government of the Sultanate of Oman, and Oman Oil and ORPIC Group in terms of revenue generation, economic development and job creation through monetisation of the propane and butane elements of available gas resources.

SLPG will generate significant financial benefits for the Government of Oman and will further enhance the existing and future downstream industries in the Dhofar Governorate.