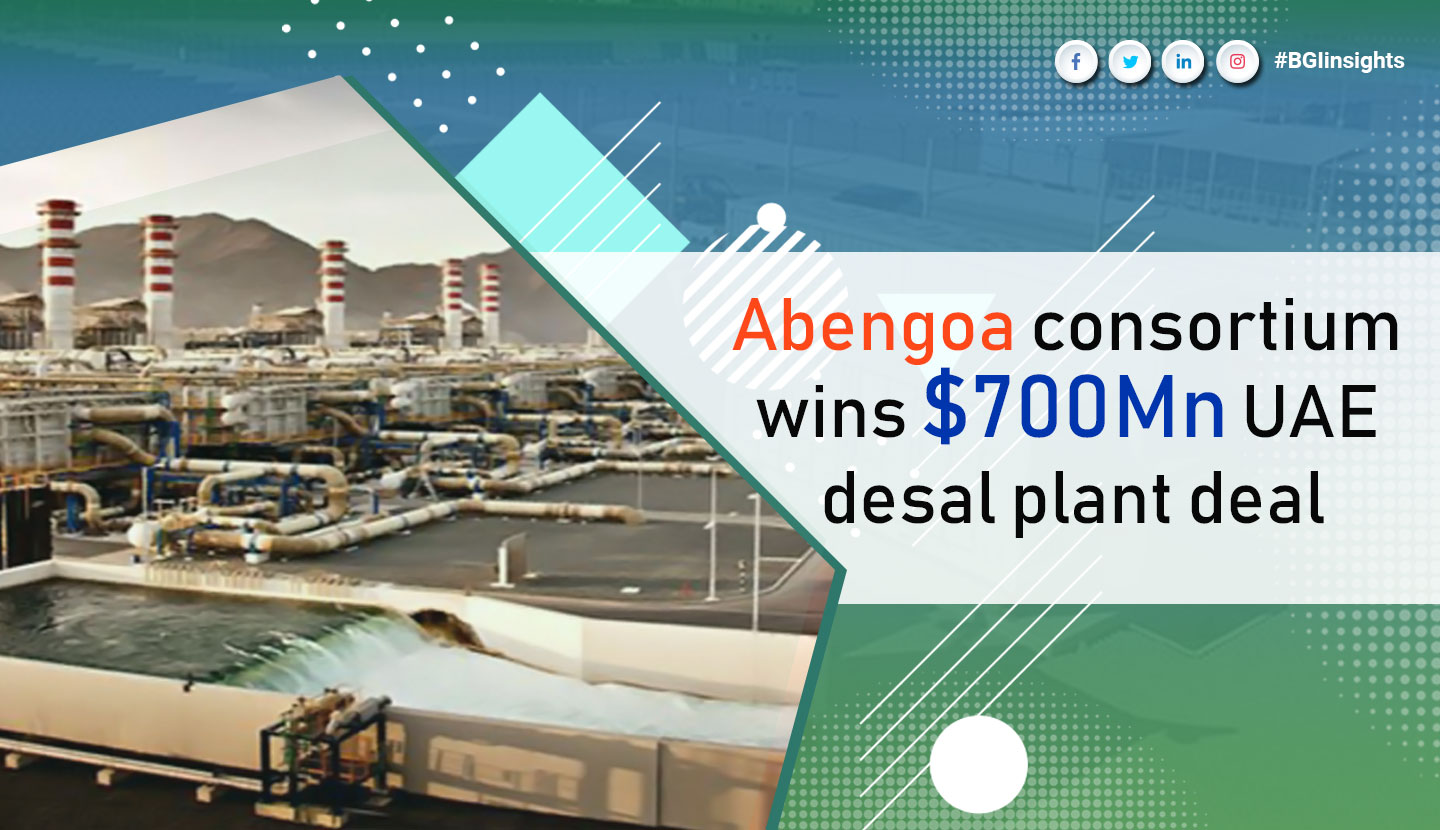 The go-ahead for the engineering, supply and construction services contract was given by Saudi-based Acwa Power, a major developer of power and water desalination projects.

On completion, the giant desalination plant, being built at a cost of over $700 million at Taweelah power and water generation complex, will boast a capacity of 909,000 cu m per day, said a statement from the company.

This project, located on the Arabian Gulf coast, is part of UAE government's plan to encourage private participation in the development of the country's infrastructure.

The desalination plant will have the capacity to supply approximately four and a half million people. It will guarantee supply to the city of Abu Dhabi throughout the year and will be the first large scale desalination plant in the emirate that combines the production of drinking water with the generation of clean energy, thanks to the installation of a photovoltaic solar field of more than 40 MWp of power, said the Spanish firm in its statement.

Thus, it will be possible to reduce, in a sustainable way, the energy demand of the desalination plant, said Abengoa, whose share in the contract will be $243 million in the next three years, it added.

The scope of work includes the collection of seawater, pumping, pretreatment, reverse osmosis system with energy recovery, post-treatment, pumping station, product water storage, effluent treatment, discharge by outfall and field solar photovoltaic, as well as the associated electrical installations that comprise the construction of an electrical substation of 132/34.5 kV.

With this order, Abengoa has emerged as a leading player in the desalination sector worldwide, with an installed capacity of 1.5 million cu m/d, which will be expanded to 3.7 million when the portfolio under execution is completed, said the statement.