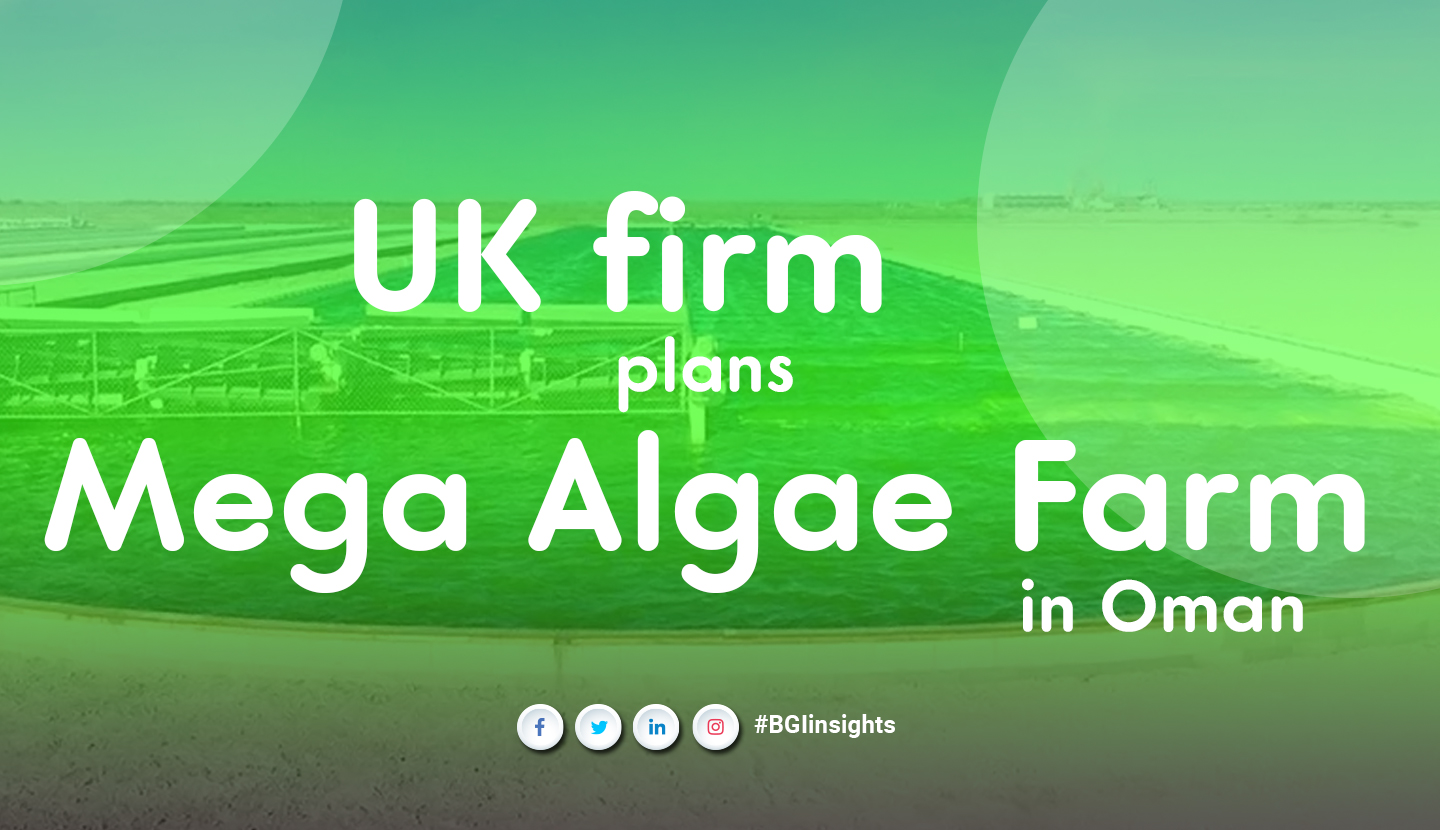 A British-based firm plans to develop one of the world’s largest algae farms in the Sharqiyah Governorate of the Sultanate — an initiative that will enable Oman’s entry into the booming multibillion dollar global algae farming industry.

London-headquartered Feed Algae aims to invest RO 167.5 million ($440m approximately) in the establishment of a mega algae cultivation project capable of producing a world-scale 100,000 tonnes of algae per annum.

Oman’s authorities, led by the Implementation Support & Follow-up Unit (ISFU) — a task force operating under the auspices of the Diwan of Royal Court — have been assisting the investor in securing suitable land and other approvals for the landmark project.

When fully rolled out, the Al Sharqiyah Algae Farm will rank among the largest in the world, said ISFU in a report on various initiatives and projects currently under implementation in support of Oman’s economic diversification. The first harvest of algae is slated during 2022, it stated.

Oman’s arid environment and climate conditions are conducive to the cultivation of high quality algae, which is an increasingly important source of biofuels, nutrients, proteins and other valuable ingredients. The global algae farming industry is projected to be worth around $48 billion over the next five years, says ISFU, citing the growing demand for this environmentally-friendly and cost-competitive natural resource.

“Algae has many uses other than food replacements, ranging from being a carbon sink and water filter through to applications in biofuel, bioplastics, fertilisers and much more. Due to a high concentration of protein and Omega-3 fatty acids, algal oil is an alternative to expensive fish oils and thus in high demand in the aquaculture industry, and shellfish hatcheries in particular, where they often have to produce their own,” the Implementation Support & Follow-up Unit explained.

Underscoring the importance of the project to Oman’s economic diversification goals, the Ministry of Housing, Ministry of Interior and Ministry of Agriculture and Fisheries are also coordinating efforts to minimise delays in the speedy delivery of the initiative. A plot has also been provisionally allocated for the farm.

During the course of this year, a consultant will be appointed to conduct an Environmental Impact Assessment (EIA) while the investor finalises a feasibility study on the venture.

A usufruct contract with the Ministry of Housing, confirming the lease of land for the project, is slated to be signed before the end of this year, according to ISFU.