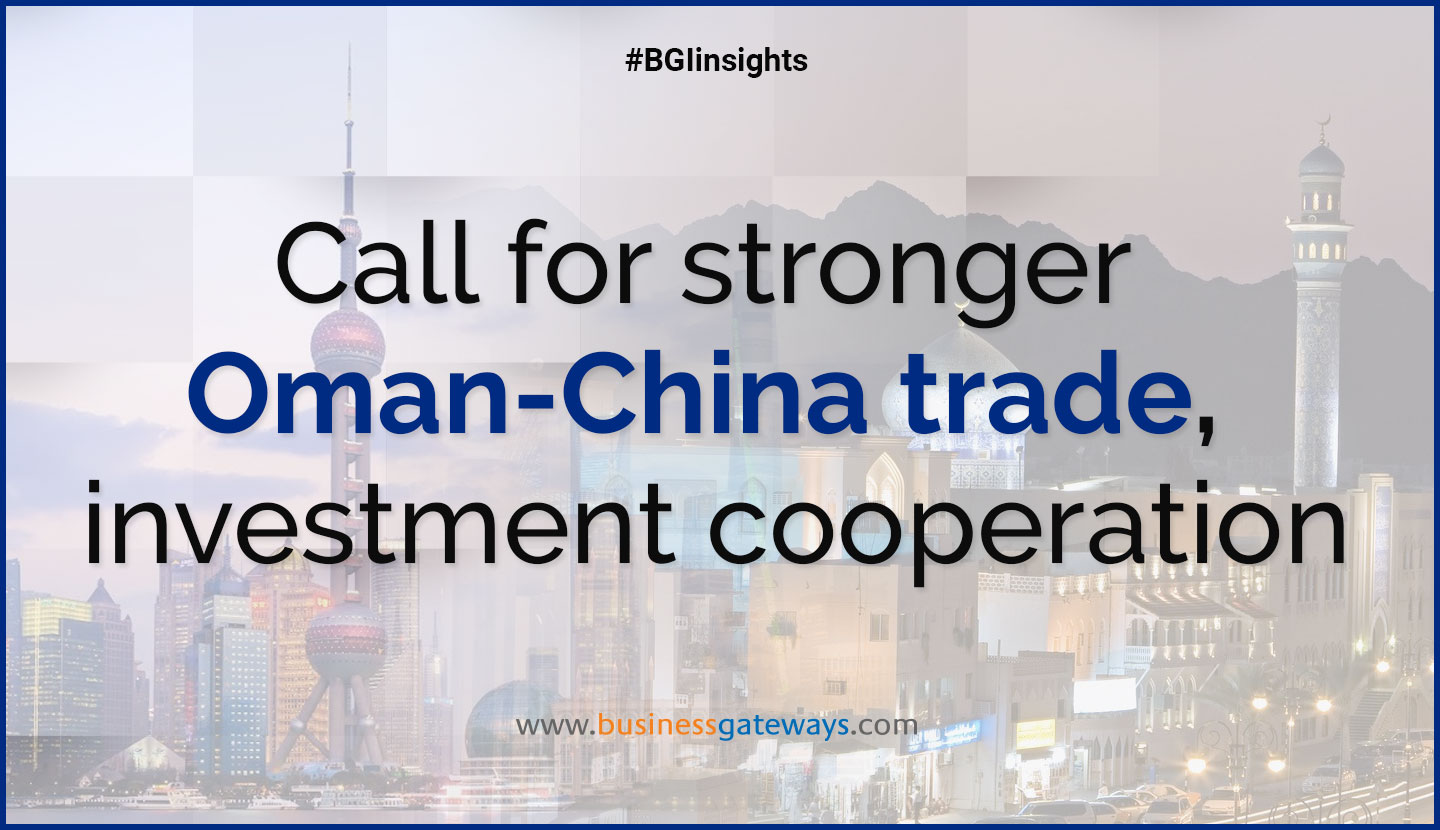 Chinese officials have expressed the desire to strengthen economic relations with the Sultanate and increase investments for the mutual benefit of both countries and peoples.

This was said in a statement during the meetings held by the delegation of the Public Authority for Investment Promotion and Export Development (Ithraa), chaired by Nasima bint Yahya Al Balushi, Director General of Investment and Exports in Ithraa, with a number of Chinese officials in Yunnan Province in the south-west of China famous for agriculture, mining and tourism.

Yang Mu, Deputy Director General, Foreign Affairs Office of the Government of Yunnan Province, said the provincial government is willing to invest in a number of economic sectors in the Sultanate, such as infrastructure, tourism, energy, logistics, minerals, waste management and cooperation in the cultural field.

“The province plans to organise a visit to the Sultanate in the second half of this year for a trade and investment delegation specialised in a number of economic sectors, especially infrastructure, tourism, energy, logistics, waste management and minerals,” added Yang.

Yang Mu visited the Sultanate last April and met with a number of government agencies, including Ithraa, Special Economic Zone Authority in Duqm (SEZAD), Ministry of Commerce and Industry, Ministry of Finance, the State General Reserve Fund (SGRF) and the Central Bank of Oman. During her meeting with Ithraa delegation in Kunming, capital of Yunnan Province, Mu expressed her admiration for the Sultanate and its growth in various sectors.

She said that there are many opportunities and fields to enhance cooperation between the two countries and encourage joint investments.

She stressed that after her return from Muscat, she recommended placing the Sultanate within the radar of Chinese investors in Yunnan Province. “We are ready to market the Sultanate to our citizen,” added Yang.

The meeting dealt with a number of areas of cooperation between Ithraa and Yunnan Province, thus contributing to attracting new Chinese investments to the Sultanate.

During the meeting, Nasimabint Yahya Al-Balushi, Director General of Investment and Exports in Ithraa, expressed Ithraa welcoming of Chinese investors and readiness to provide them with the necessary facilities, noting that the Sultanate has many free and industrial zones as well as SEZD where the Chinese investors can choose the location and sector in which they like to invest.

In the city of Lijiang, about 500 km from Kunming, Ithraa delegation met with Zhang Renbin, Vice Mayor of Lijiang City Government. The meeting discussed cooperation between the two countries, especially Lijiang City in the fields of tourism, investment, and sustainable energy projects.

Ithraa delegation included representatives from the Special Economic Zone Authority in Duqm (SEZAD) and the Ministry of Tourism. The programme of the visit includes other meetings with a number of officials in Yunnan Province.

The delegation will also participate in the International Smart Tourism Summit organised by Yunnan Province for the first time and will take place today.