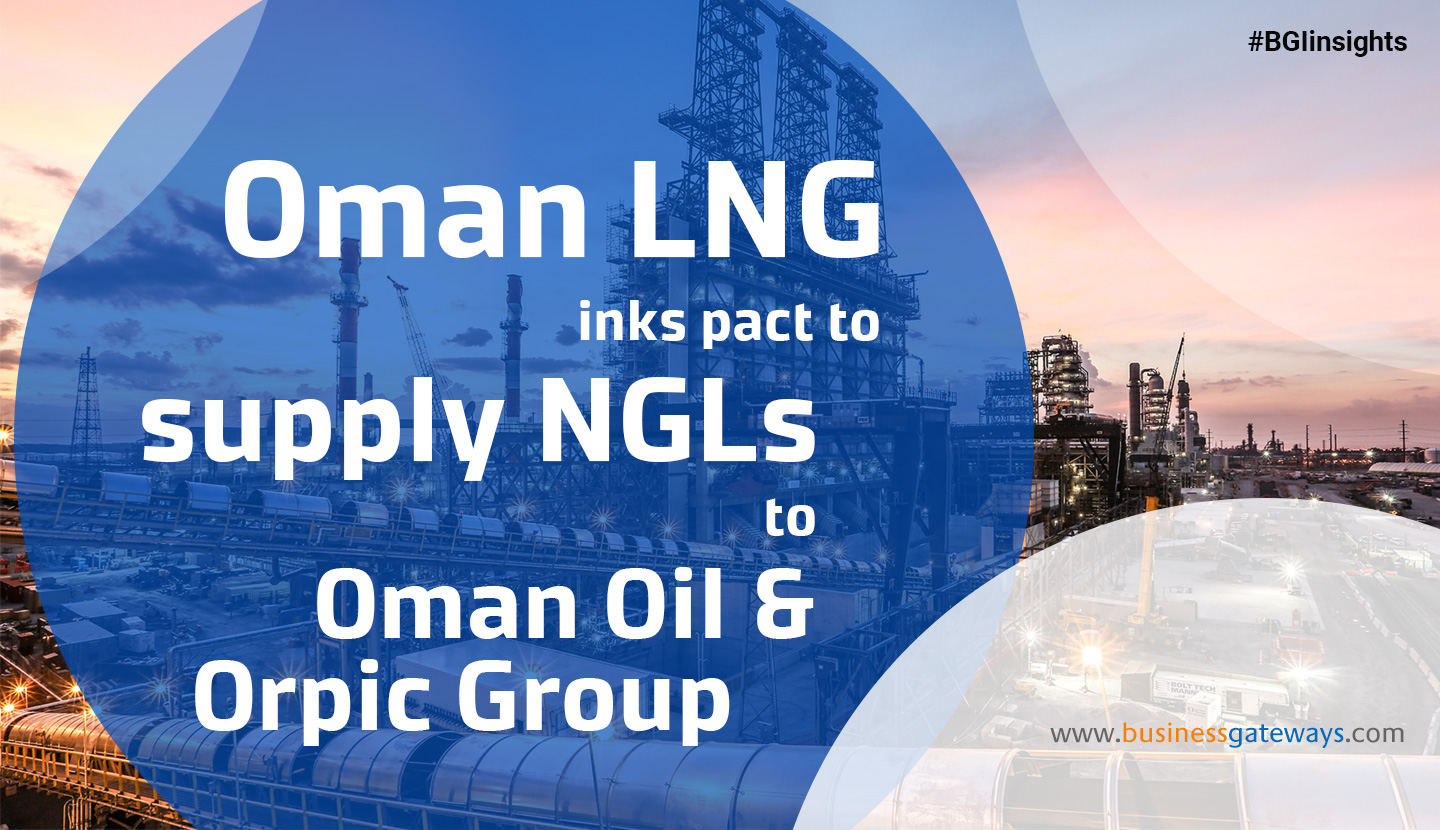 Oman LNG has signed an agreement committing its output of Natural Gas Liquids (NGL) — a byproduct of its gas liquefaction operations — to Oman Oil and Orpic Group.

The Sales and Purchase Agreement (SPA), covering the supply of NGLs for a six-year period, was signed on Thursday by Harib al Kitani, CEO — Oman LNG, and Ahmed al Jahdhami, CEO — Downstream, at Oman Oil and Orpic Group.

“The six-year agreement is buoyed by the existing robust partnership between both national companies to further harmonise the existing synergies,” stated Oman LNG in a tweet.

The pact builds on a longstanding arrangement between the two strategically vital entities centring on the supply of Oman LNG’s natural gas liquids output to Oman Oil and Orpic Group’s refinery and petrochemicals complex in Suhar. These liquids have typically been added to the Group’s crude feedstock for refining and processing.

NGL output from the three-train LNG complex in Qalhat topped around 240,000 tonnes in 2018, which was delivered in a total of 36 shipments to Oman Oil and Orpic Group. Yearly NGL output has stabilised around this level.

Oman Oil and Orpic Group is building its own NGL extraction plant at Fahud as part of its mammoth Liwa Plastics complex currently at an advanced stage of execution at Sohar Industrial Port with an investment of around $6.4 billion. The NGL will be processed at the Sohar complex into polyethylene and polypropylene plastics. A pipeline is being constructed to transport the NGL from Fahud to the Sohar complex. Liwa Plastics is slated for commissioning in 2020.