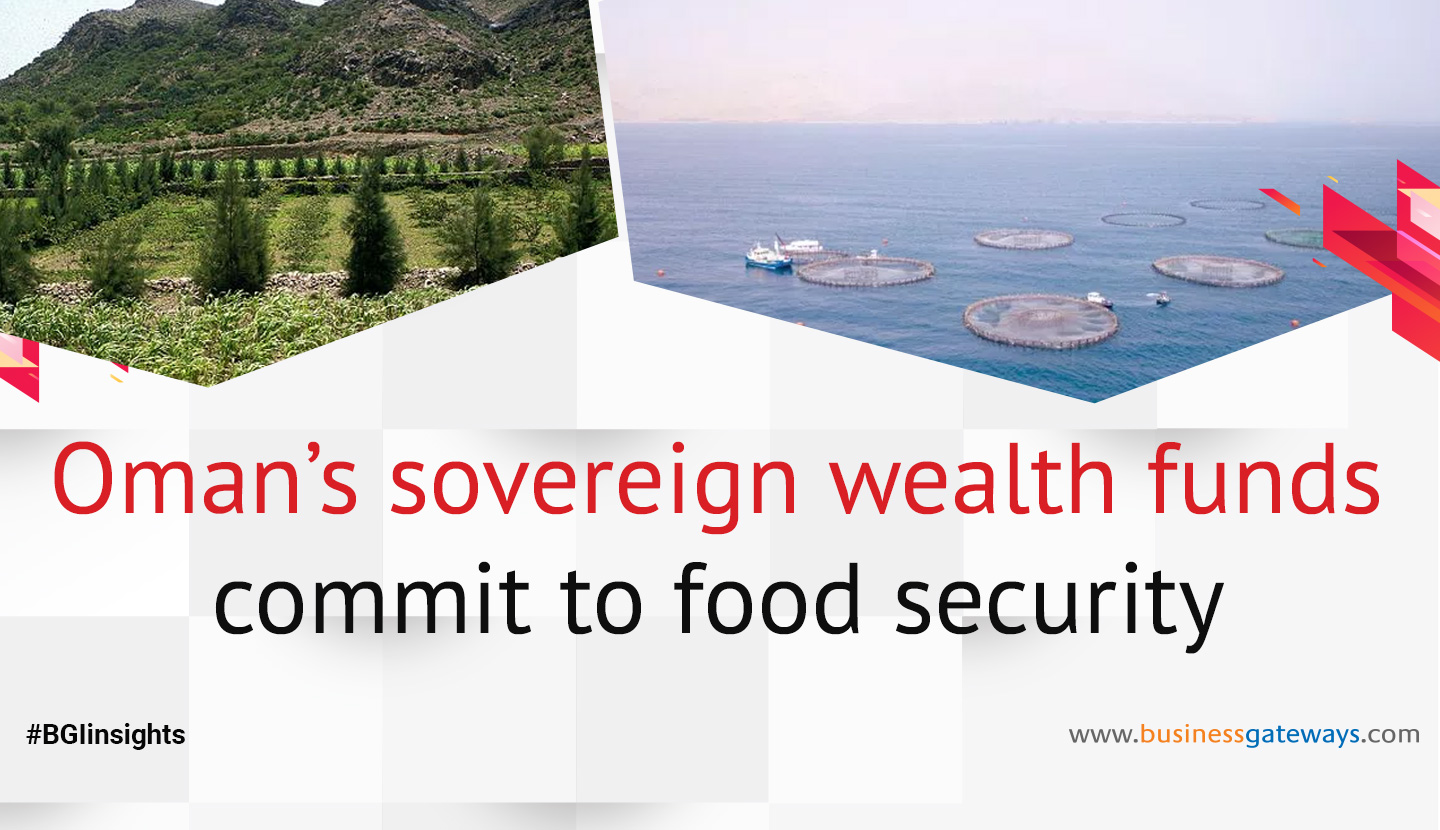 Oman’s sovereign wealth funds (SWFs) have ramped up their investments in the food and agribusiness sectors in the Sultanate, aimed not only at sustaining the long-term development of this vital industry, but crucially also to support the government’s food security objectives.

The State General Reserve Fund (SGRF), the largest of the Sultanate’s wealth funds, along with Oman Investment Fund (OIF) and Oman National Investments Development Company (Tanmia) have made substantive investments across key segments of the food and agricultural sectors of the Omani economy, as well as key markets across the globe.

According to officials, investments by SWFs are made via a number of channels, including sector-focused funds, country-focused joint ventures, and direct and indirect investments.

A notable example is Tanmia’s investment in the Nakheel Oman Project, a landmark venture launched in implementation of His Majesty the Sultan’s Million Date Palm Programme. Equally groundbreaking are investments by Oman Aquaculture Development Company (OADC) – a subsidiary of Oman Investment Fund – in a plethora of aquaculture projects. OIF is also supporting the development of a world-scale industrial fisheries venture in Duqm.

Nakheel Oman, a 50:50 partnership between Tanmia and the Diwan of Royal Court, envisions date fruit output to reach around 85,000 tons per annum by the year 2034. Phase 1 of the project, which has seen 11 farms being established across the Sultanate as part of the Million Date Palm Initiative, expects yields to reach around 50,000 tons. Total equity in Nakheel Oman is RO 28.2 million, with Tanmia contributing a 50 per cent share.

Tanmia has also taken a 10 per cent equity interest in A’Namaa, a major poultry company currently under development at Ibri in Al Dhahirah Governorate. Total investment in the venture, which is due to commence operations later this year, is around RO 100 million.

Tanmia is also a 20 per cent shareholder in Al Bashayer Meat, which is under construction at a cost of RO 38 million. The project centres on the import, fattening and slaughter of livestock for supply to local and export markets.

OIF, through its aquaculture development subsidiary, is promoting a large portfolio of marine finfish and shrimp farming projects at key locations along the Sultanate’s coast. Cage finfish farms and hatcheries are under various stages of study, design and operation off Muscat, Qurayat and Sur, while shrimp farms are taking shape along the Sultanate’s eastern and southeastern seaboard.

SGRF (with $150 million) and Tanmia (with $25 million) are also key shareholders in the Gulf Japan Food Fund (GJFF), a strategic initiative between Japan and the GCC. The Fund, targeting 50 per cent of its investments in Japan and 50 per cent in the GCC (mainly Oman), was set up to address food security issues as well as capitalize on food and agribusiness opportunities.