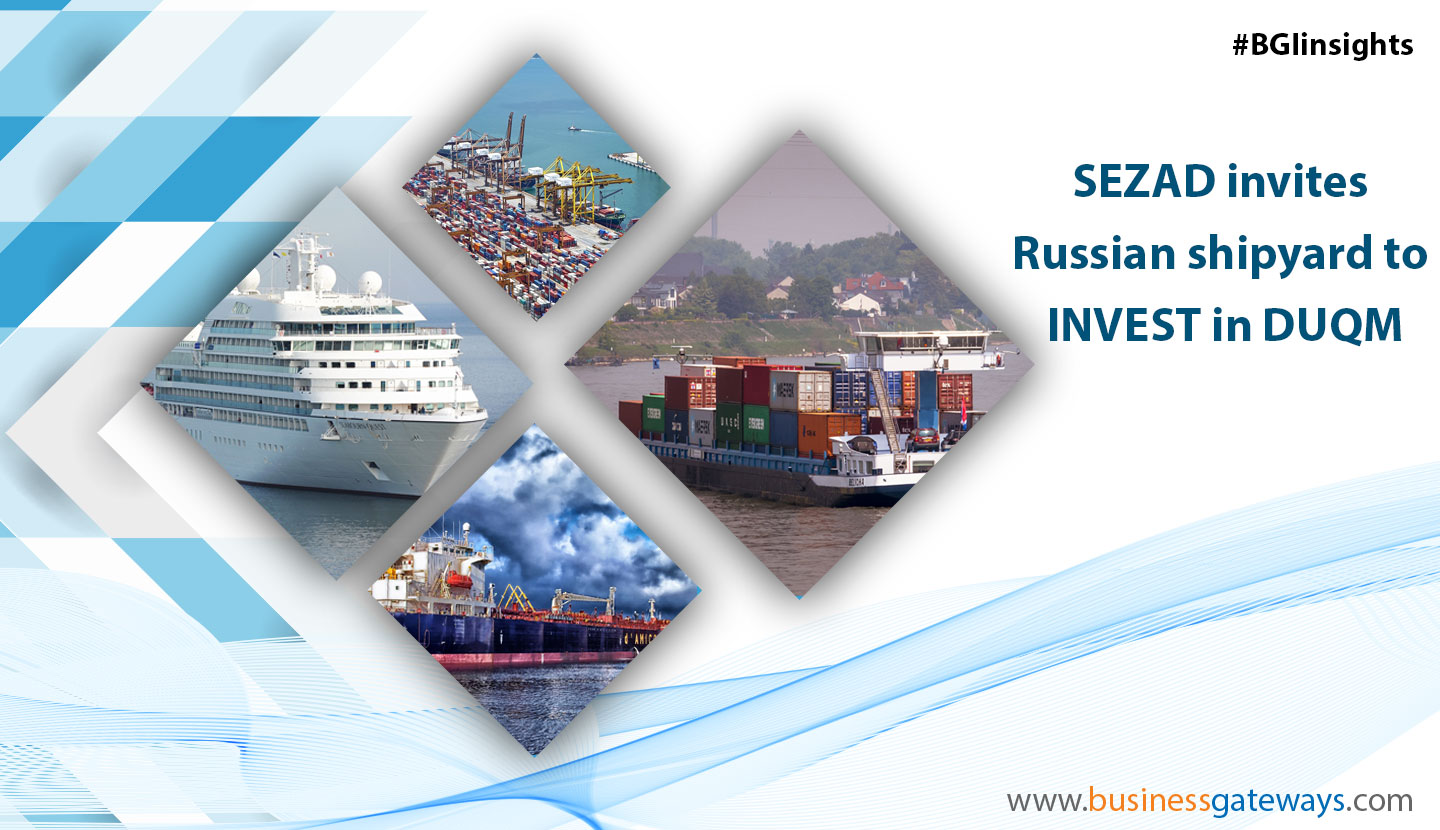 Yahya bin Said al Jabri, Chair of the Board of Directors of the Special Economic Zone Authority in Duqm (SEZAD) and Chair of the Public Authority for Investment Promotion and Export Development (Ithraa), held a number of meetings with Russian government institutions and companies. The meetings, aimed at encouraging them to invest in the Sultanate in general and the Duqm SEZ in particular, were part of the ongoing roadshow in the Russian capital Moscow.

Al Jabri met with Alexei Rakhmanov, President of the Russian United Shipbuilding Company, and provided an overview of Duqm’s development into a major industrial and maritime hub, anchored by the multi-purpose Port of Duqm, world-class ship repair yard and several mega projects. He invited Rakhmanov to consider investing in Duqm.

The Russian United Shipbuilding Company, established in 2007, is the largest shipbuilding company in Russia, which has about 40 shipyards with design offices and repair yards. It employs more than 95,000 workers.

Al Jabri discussed opportunities for cooperation with the Russian Direct Investment Fund (RDIF), a Russian sovereign fund that allocates 20 per cent of its investments to projects outside Russia. He provided an overview of current and future projects planned in Duqm, notably Duqm Refinery, the Sino-Omani Industrial City, Mini-India Project and so on.

For his part, Tagir Sitdekov, First Deputy CEO of the Fund, gave an overview of RDIF and its investments inside and outside Russia. He pointed out that RDIF has joint investments in Russia in cooperation with several GCC countries. He also stressed the readiness of RDIF to finance Russian projects in Duqm.

The promotional campaign, which took place from June 13 to 15, is part of SEZAD quest to explore the Russian market and present Duqm to the Russian business community as a promising region offering good investment opportunities for the Russian companies.