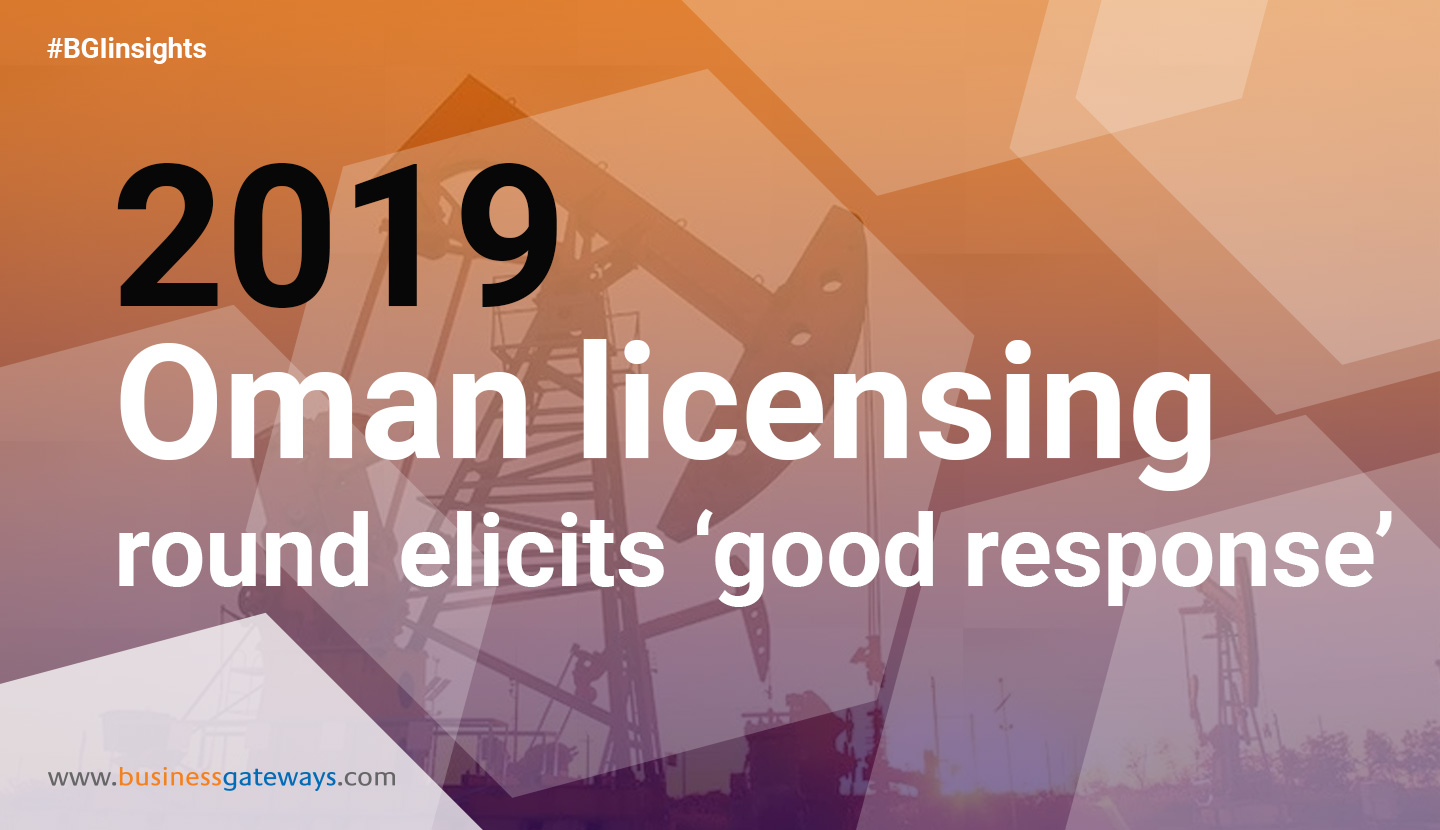 Oman’s Ministry of Oil and Gas has said that it is heartened by the strength of investor interest in the six blocks offered for exploration and development as part of the 2019 Licensing Round.

Interested upstream energy firms had until May 30, 2019 to submit their firm offers for one or more of the six blocks tendered as part of latest licensing round.

Blocks 58, 70, 73, 74, 75 and 76 — all carved out from the prolific Block 6 currently operated by majority-government-owned Petroleum Development Oman (PDO) — are essentially new licenses offered for the first time for exploration.

“The response to the licensing round has been good,” said Suleiman Saif al Ghunaimi, Director of Petroleum Concessions, Ministry of Oil and Gas. “We received interest in certain blocks from existing players who are already operating in the region, including some that are looking to (venture into Oman’s upstream sector) for the first time. Local Omani players that used to be involved in this sector in the past, have shown interest as well.”

Distributed mainly in southern Oman, the six relatively under-explored blocks are prospective for either oil or gas or both, according to the Ministry. Gas condensate and deep gas are also targets in some of the licenses.

“All blocks are aligned along known play trends and structures are mapped in each. Together these blocks offer potential across the complete producing section within Oman, from the Precambrian through the Cretaceous,” it stated in a backgrounder on the 2019 Licensing Round.

Despite the downturn in the global hydrocarbon industry, combined with the challenging fiscal environment that has prevailed since the slump in international oil prices in 2014, the Sultanate’s Oil & Gas sector has continued to pull in international and local energy firms drawn by its upstream potential.

Since the start of this year, a number of agreements have been signed with leading international players for the development of Oman’s hydrocarbon resources. Earlier this year, Italian energy firm Eni and Oman Oil Company Exploration and Production (OOCEP) entered into an Exploration and Production Sharing Agreement (EPSA) for Block 47 with the Government of the Sultanate of Oman.

In addition, Eni signed with the Ministry of Oil & Gas and with BP a Head of Agreement (HoA) that sets up the principles for the acquisition of the Exploration and Production rights of Block 77 onshore, with an acreage of 3.100 km2, just east of the BP-operated Khazzan Field.

Occidental Oman, the local subsidiary of Occidental Petroleum (Oxy), inked an Exploration & Production Sharing Agreement (EPSA) for Block 72 in the southern part of Wusta Governorate. The newly created Block, which adjoins Oxy’s Block 53 license — home to the company’s flagship Mukhaizna heavy oil field — is the third license to be scooped by Occidental in as many months.

In December, Oxy inked EPSA agreements with the Ministry of Oil and Gas for Blocks 51 and 65, located in the northeast of the Sultanate.