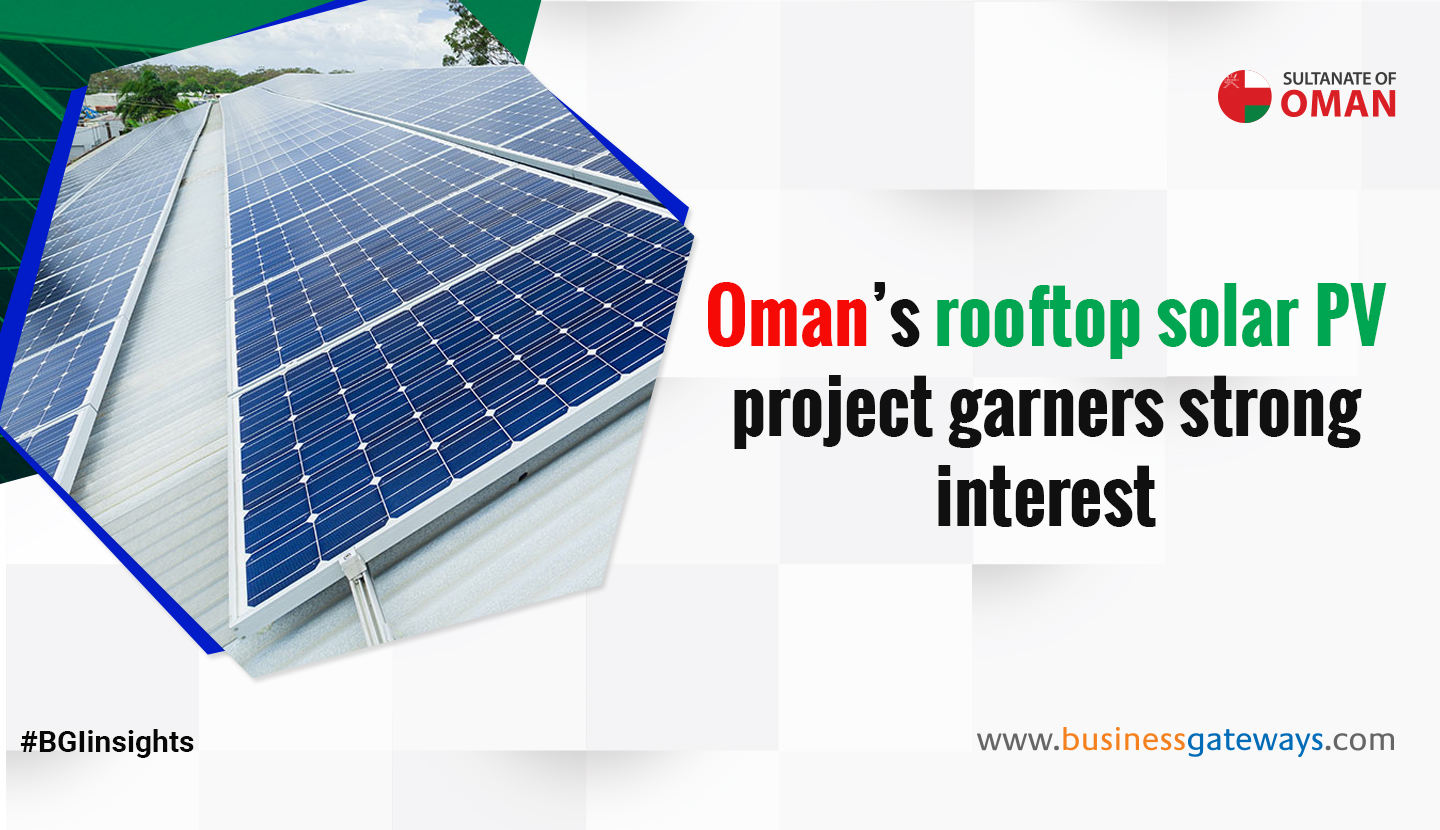 With the deployment of small-scale solar PV systems atop residential buildings set to get under way in earnest in the Sultanate, developers from key markets around the world have already begun to signal their keen interest to participate in this landmark initiative, the Authority for Electricity Regulation (AER) Oman has revealed.

According to Eng Hilal bin Mohammed al Ghaithi, Project Manager, the Sahim initiative — as the rooftop solar PV deployment programme is called — has garnered robust interest from prospective developers from the outset of its introduction in 2016.

“Over the past three years, we have seen significant interest from local and international developers, some of whom are already participating in the local markets in the development of Independent Power Projects (IPPs),” said Al Ghaithi, adding that companies from Europe, Asia and the Middle East have registered their desire to be part of the initiative.

The regulator, which is driving the Sahim programme, has begun inviting homeowners to register their interest in being part of the initial deployment of small-scale solar PV systems atop their premises, starting with residential buildings in Muscat Governorate. Solar PV systems are proposed to be installed atop an initial tranche of around 1,000 homes in the first phase of the programme’s roll-out. Interested developers are expected to organise themselves into consortiums when bidding for the Authority’s contract to deploy the solar PV systems — a competitive process that is set to kick off with the issuance of a Request for Proposals (RfP) later this year.

Each consortium, according to the Project Manager, will be made up of, among other players, the lead developer, the technology provider, one or more equity partner, and a contractor to provide Engineering-Procurement-Construction (EPC) services. Consortiums will be obliged to enlist the services of local Omani SMEs that have been establishing themselves in the local small-scale renewable energy space with the support of the Authority, and other SME development agencies. This is in line with the regulator’s efforts to ensure that Omani entrepreneurs and SMEs stand to benefit from the rollout of the Sahim programme — in terms of commercial opportunities and employment creation as well.

As they build their capabilities, these local SMEs will be invited to bid for future phases of the Sahim programme as developers in their own right, Al Ghaithi noted.