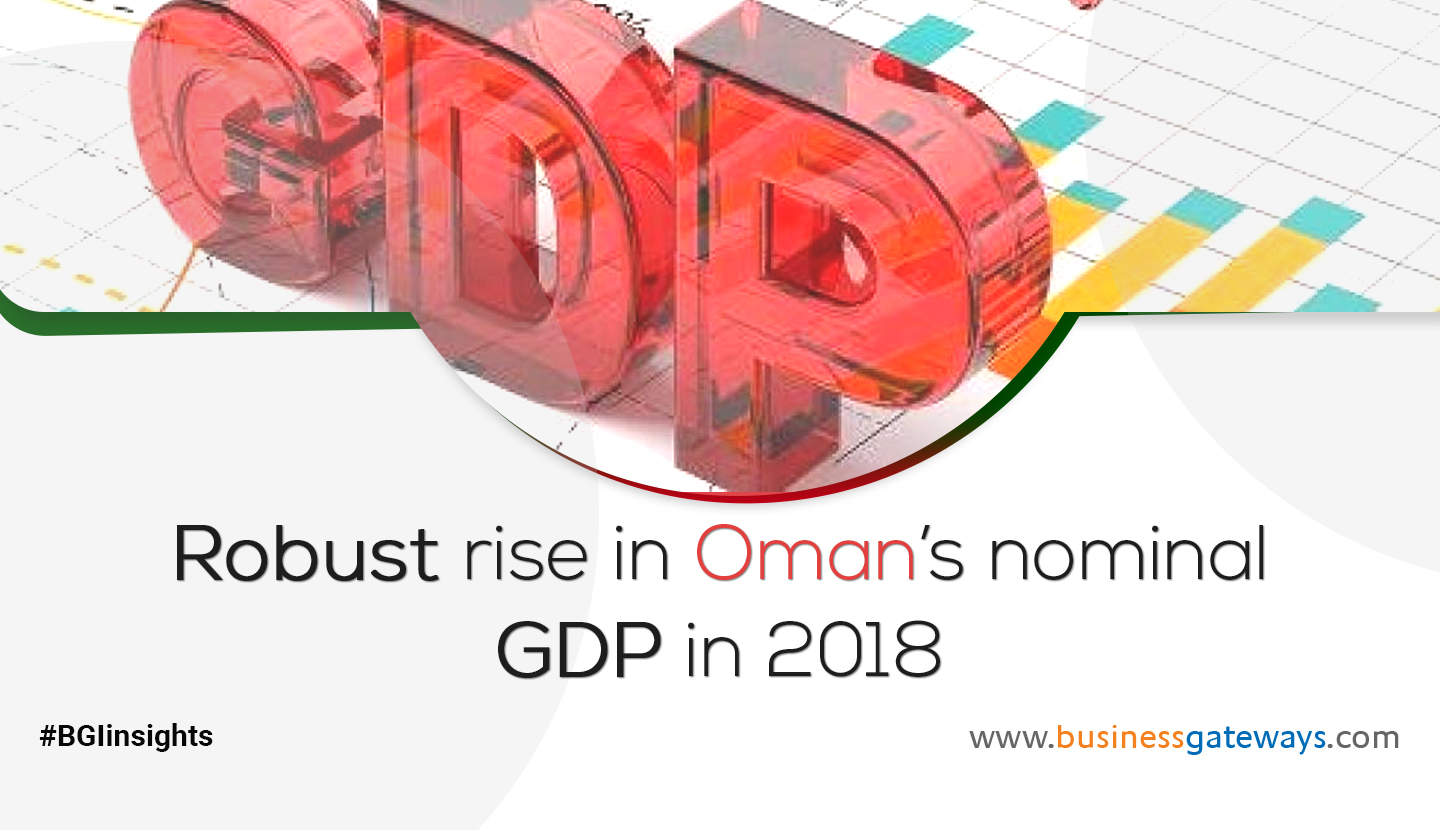 The Sultanate’s nominal Gross Domestic Product (GDP) “continues to expand at a robust pace and grew by 12 per cent during 2018 as against 7.3 per cent in the previous year,” the Central Bank of Oman (CBO) revealed here yesterday.

The nation’s petroleum and non-petroleum sectors grew in nominal terms by 37.1 per cent and 2.9 per cent respectively, during this period, the apex bank stated in its ‘Review of Banking and Monetary Developments for April 2019’, which was issued yesterday.

The government and other stake holders are consistently making efforts to promote diversification away from the hydrocarbon sector to reduce dependence on oil sector and ensure sustainable development over medium to long run,” the report stated.

Inflationary conditions remained benign and the average retail inflation stood at 0.3 per cent during January-March 2019 as compared to 0.6 per cent during the same period of last year, according to the CBO.

Of the total credit to the private sector, the share of the non-financial corporate sector stood at 46 per cent, the household sector (mainly under personal loans) at 45.1 per cent, while that of financial corporations and other sectors stood at 5.5 per cent and 3.4 per cent, respectively. Total deposits held with ODCs increased by 4.8 per cent to RO 23 billion, with private sector deposits growing by 3.9 per cent to RO 14.6 billion as of end-April 2019.

Sector-wise, the contribution of households in total private sector deposits was 50.4 per cent, followed by non-financial corporations at 29.6 per cent, financial corporations at 17.6 per cent, and other sectors at 2.5 per cent.
Conventional banks posted an annual growth in total outstanding credit disbursement of 4.4 per cent as at the end of April 2019. Credit to the private sector grew by 2.1 per cent to RO 18.9 billion. Conventional banks’ overall investments in securities increased by 9.0 per cent to RO 3.4 billion.

Investments in Government Treasury Bills stood at RO 290.5 million at the end of April 2019.

Private sector deposits, which accounted for 64 per cent of total deposits with conventional banks, increased marginally by 2.2 per cent to RO 12.7 billion. The core capital and reserves of conventional banks as at the end of April 2019 stood at RO 4.9 billion.