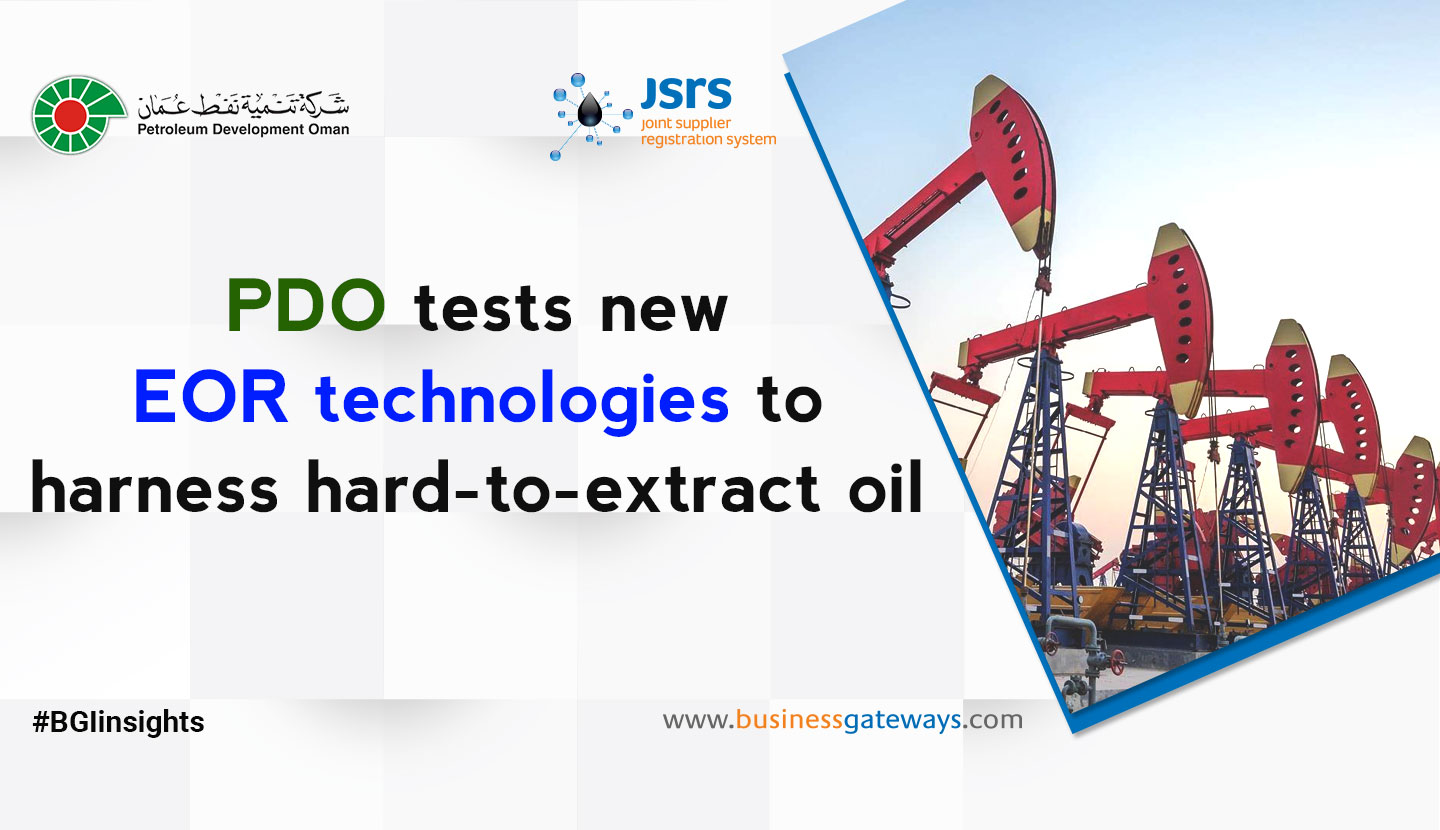 Petroleum Development Oman (PDO), the nation’s largest producer of hydrocarbons, says it is trialling new technologies to help unlock the substantial volumes of oil and gas within its concession that remain beyond the reach of present recovery methods.

They include novel Enhanced Oil Recovery (EOR) technologies that are being pursued in collaboration with local and international research institutions, the majority government-owned energy company said.

“Considerable focus has been placed on ensuring that PDO identifies technologies that will unlock the large difficult hydrocarbon resource base within Block 6. As an output from these alliances, technologies such as foam and low tension gas have been tested in the laboratory and have shown positive results,” PDO stated in its Sustainability Report 2018 issued here recently.

PDO is increasingly banking on EOR technologies to produce hydrocarbons from reservoirs that do not respond to conventional production methods economically. The company is currently deploying Chemical EOR, Miscible Gas Injection (MGI) and thermal technologies to produce oil from a number of challenging fields within its Block 6 licence. By 2025, nearly a quarter of PDO’s oil production will come from EOR projects, up from around 11 per cent presently.

“The Company has become a global pioneer in EOR due to its maturing asset base and the complexity and challenging nature of Oman’s geology and the three main methods we currently use are thermal, chemical and miscible high pressure gas injection,” PDO noted.

In Marmul in the south, PDO is banking on polymer-based EOR technology to harness 61 million barrels of crude starting from 2023. It follows the successful production of 17.7 million barrels of oil during the first two phases of the Marmul Polymer project that were commissioned in 2010 and 2015 respectively.

At Birba, also in south Oman, gas injection has been instrumental in the production of an additional 45.7 million barrels of oil over the past 24 years, according to PDO.

The company is also on track to achieving up to 50 per cent recovery from the field through a combination of infill horizontal drilling and additional gas injection, up from 21 per cent presently.

Miscible gas injection (MGI) is the EOR technology of choice in unlocking the potential of the Zalzala field, also in south Oman. Around 14 million barrels of incremental oil has been produced to date from the Harweel 2AB project since it began in 2014.

Recovery from the field is expected to reach about 50 per cent with the use of this technology.

Thermal gas-oil-gravity-drainage (T-GOGD) technology employed in Qarn-Alam has helped unlock 83 million barrels of oil since 2011, when the project commenced, till 2018. More than 266 million tonnes of steam have been injected into the oil-bearing formation, reaching peak levels of 17,000 tonnes per day. Similarly, oil production averaged 10,600 barrels per day from the Amal steam project last year, according to PDO.