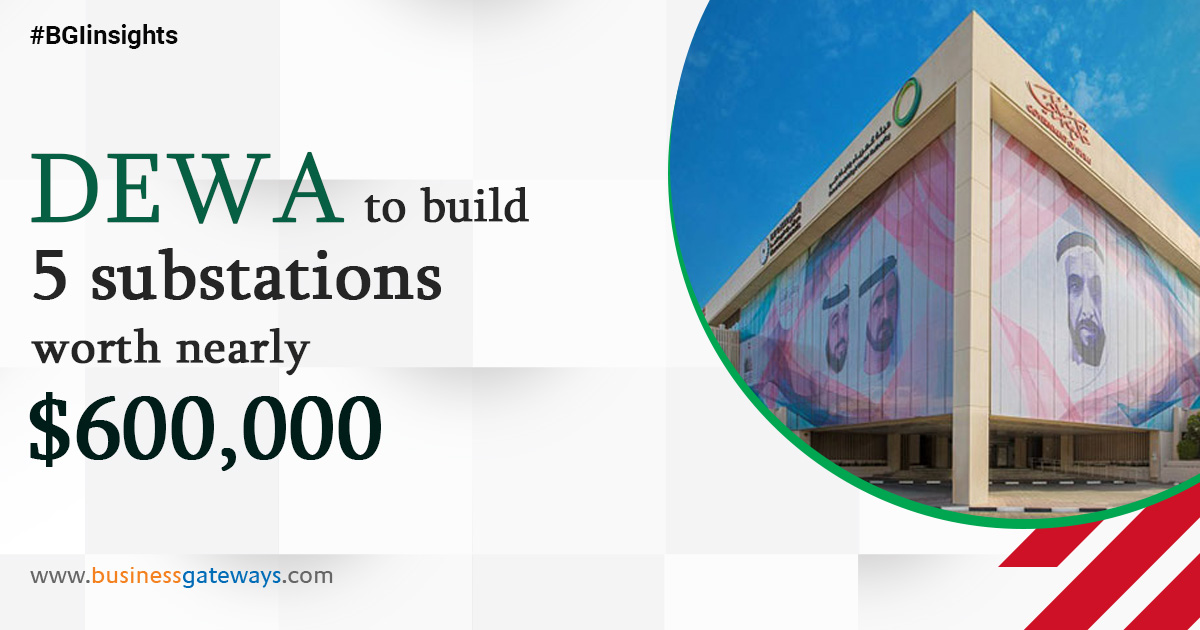 Dubai Electricity and Water Authority (DEWA) has unveiled its plans to build five new 400 kilovolt (kV) substations over the next three years, with an allocated budget of Dh2.2 billion (nearly $600 million).

The five substations will be added to the total number of existing stations for 22 stations, one station was inaugurated in 2019. DEWA is working in adherence with its strategy to increase the efficiency of electricity services to support its facilities and future objectives, to raise the efficiency and reliability of its infrastructure, and contribute to economic growth and the prosperity of the Emirate.

DEWA works to raise the capacity and efficiency of electricity grids, by developing world-class infrastructure to contribute to the sustainable development of Dubai, said Saeed Mohammed Al Tayer, MD & CEO of DEWA.

“These ambitious plans will strengthen DEWA’s ability to produce energy. DEWA’s total production capacity reached 11,100 megawatts (MW) during 2019, while the peak demand for electricity was recorded at 8,507 MW in 2018, compared to 8,232 MW in 2017, reflecting a growth of 3.34 per cent,” Al Tayer explained.

“The five 400 kV substations will greatly contribute to DEWA’s efforts to meet the increasing demand for water and electricity in Dubai. We have allocated a total investment of Dh86 billion ($23.4 billion) towards Dubai’s energy sector over the next five years, which will play a major role in supporting the growth of a green economy, and enhancing the UAE’s level of competitiveness in energy efficiency, and energy technologies,” he added.

“DEWA currently serves over 900,000 customers, and achieved a 95 per cent rating for customer happiness during 2018. DEWA's plans include increasing the capacity of the 132-km power transmission network by increasing major transport stations. Eighteen 132/11 kV substations out of 276 were established during 2019.

“We will establish other 68 substations over the next three years, with a total investment Dh8 billion. When establishing new substations, we work according to the highest safety and quality standards, while adopting the latest and most advanced technology, to efficiently achieve Dubai’s economic objectives, and promote the sustainable development of the Emirate,” concluded Al Tayer.