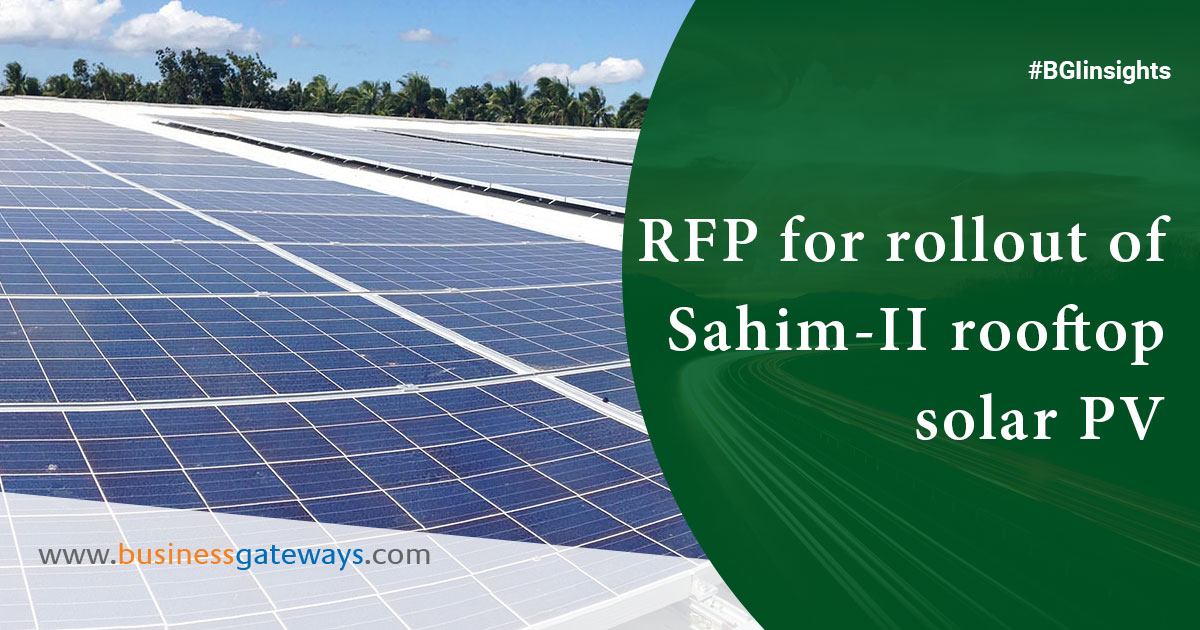 The Authority for Electricity Regulation Oman (AER) plans to launch — in the fourth quarter of this year — the competitive process for interested private developers to bid for contracts to install solar PV systems atop residential buildings under its landmark Sahim-II initiative. The Sahim-II programme envisions the roll-out of small-scale solar PV systems on the rooftops of potentially up to 3,000 residential buildings in Muscat Governorate in the first tranche.

Their installation, as well as operation and maintenance over long-term agreement with the local distribution and supply company (Muscat Electricity Distribution Company in this instance), will be undertaken by a successful bidder with the financial and technological wherewithal to deliver such wide-scale deployments, according to a high-level official. “We are looking to issue a Request for Proposals (RfP) latest by October this year for the funding and installation of solar PV systems for the first batch of homes that have confirmed their interest via the app launched by the Authority,” said Qais bin Saud al Zakwani (pictured), Executive Director & Member – AER Oman.

“In the meanwhile, we would encourage homeowners to register their interest in participating in Sahim II and thereby become the first people to install solar panels on their houses in Muscat Governorate. In the second phase, we will move to areas outside Muscat, once we have completed our research of these areas,” Al Zakwani stated. Last month, the Authority launched the Sahim Mobile Application, which enables interested homeowners to upload, among other particulars, video of their rooftops utilising Augmented Reality to calculate the surface area available for the installation of solar panels. Customers are assured an attractive reduction in the monthly electricity bills once their rooftop solar systems are integrated into the local network.

Importantly, participating customers will also be able to utilize funding provided by the developer for installing the solar panels atop the houses, according to the Executive Director. “When Sahim-1 was launched in 2017, it didn’t have any funding associated with it — the customer had to arrange the required funding. But with Sahim-II, we are thankfully able to come up with a mechanism which will enable customers to utilize funding from the private developer to install solar panels on their houses at very minimal rates. The private investor will be required to take on a bigger burden of the cost of the solar installation.” Initial interest from prospective customers has been strong with large numbers of homeowners downloading the mobile app, according to officials.