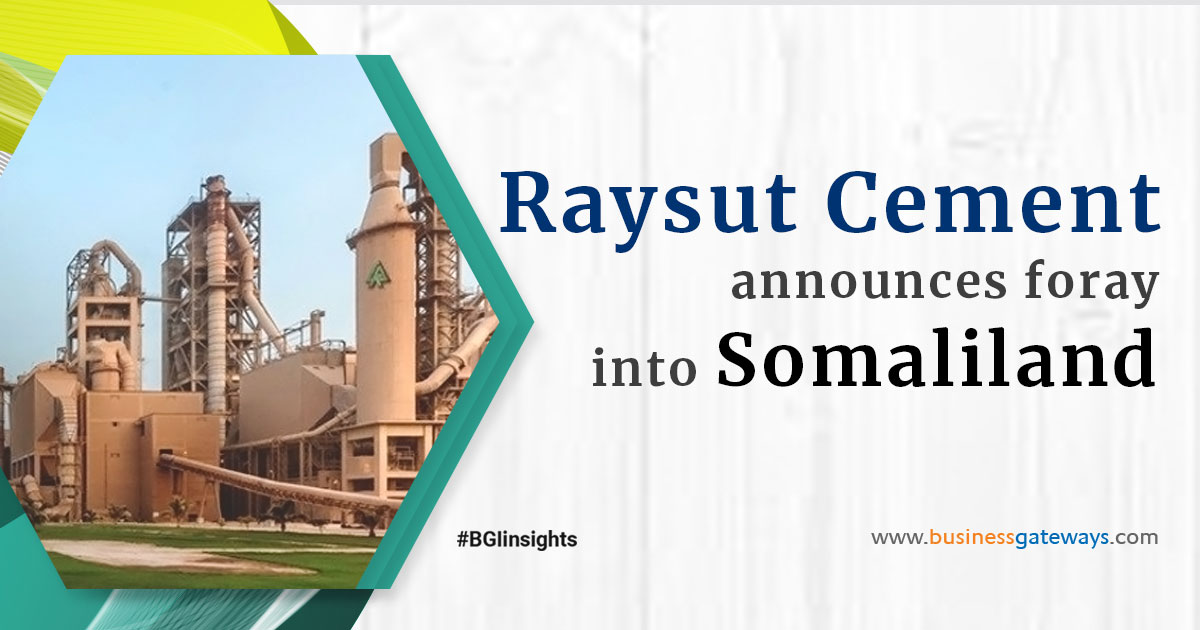 Raysut Cement Company SAOG, the largest cement manufacturer in the Sultanate, has announced a partnership with MSG Group of Companies, a business-housed based in Somaliland, for the establishment of a major cement grinding plant at Berbera in Somaliland in the Horn of Africa. The Muscat-listed firm revealed in a filing to the Capital Market Authority (CMA) on Thursday that the partnership plans to set up a 1 million tonnes per annum capacity cement plant with an estimated investment of around $40 million. Raysut Cement will own a 55 per cent shareholding in the new project, with MSG retaining the balance 45 per cent, Konstantionos Kouklidis, Plant Manager at Raysut Cement, stated.

The announcement comes just over a month after the Salalah-based cement firm firmed up plans to acquire Sohar Cement Company located in Suhar Industrial Estate — a move that effectively elevates Raysut Cement into the ranks of the largest cement producers in the Middle East.

Sohar Cement — the Sultanate’s third cement mill after Oman Cement and Raysut Cement — came into operation this year, helping add to domestic production capacity and reduce the nation’s dependence on imports for this strategically important commodity. The new facility, featuring a cement-grinding unit with a capacity of around 240 tonnes per hour, has been developed by a partnership of Sohar Cement (holding 70 per cent of the equity) and UAE-based Fujairah Cement Co (owning the balance 30 per cent of the equity).

Underscoring its appetite for strong growth, Raysut Cement revealed last December that it was exploring the potential acquisition of ARM Cement of Kenya as part of the company’s aggressive strategy to expand in East and Central Africa. Furthermore, the company is exploring opportunities in the Horn of Africa, Uganda and Georgia as well.

In addition to its flagship cement plant at Raysut Industrial City in Salalah, the parent company also owns 100 per cent the UAE-based Pioneer Cement Industries, an integrated cement plant operating in Ras Al Khaimah. It also has a 49 per cent stake in Mukulla Raysut Trading and Investment Company in Yemen, which distributes cement sourced from the parent company.