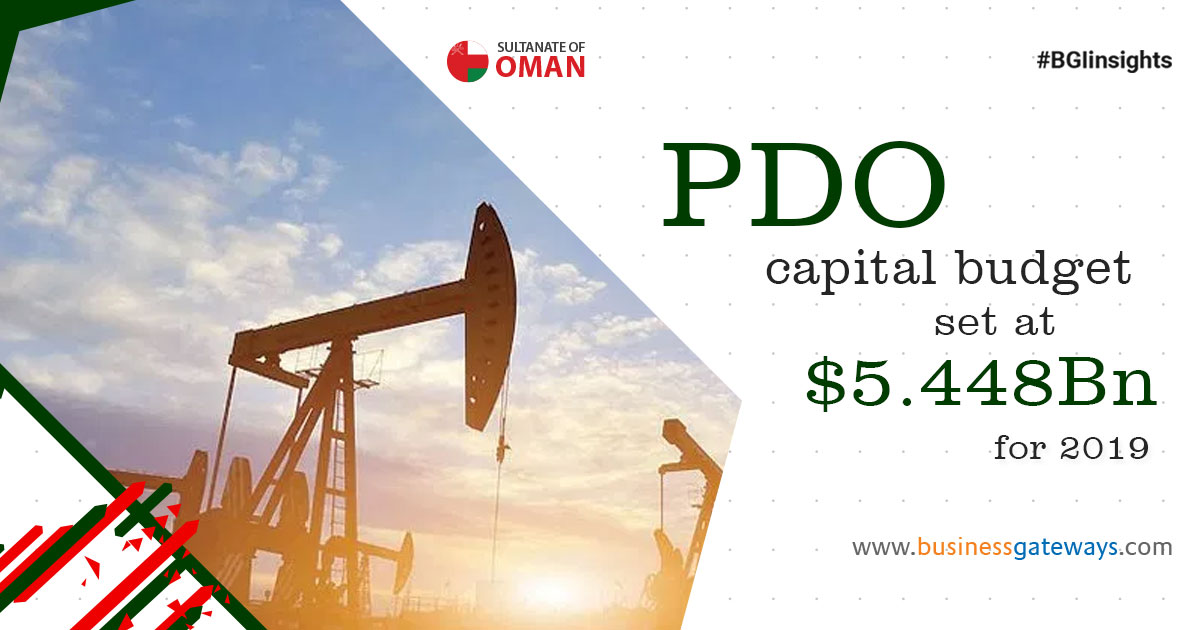 Petroleum Development Oman (PDO), the nation’s largest producer of oil and gas, has maintained its capital expenditure (capex) for 2019 at $5.448 billion in trend with the previous year’s capex of $5.5 billion — a move that underlines a commitment to delivering production growth over the long term.

According to the company’s Sustainability Report 2018, issued here recently, the figures include significant savings accrued as a result of a rigorous cost management regime that has been put in place in light of the prevailing lower oil price environment.

“Our 2018 capital expenditure (capex) was $5.5 billion and operating expenditure (opex) was $1.9 billion, which includes more than $260 million in total cumulative savings. There were oil capex savings of $107 million, which came from a mix of drilling efficiencies, well optimisation and various project savings, and gas capex savings of $54 million. For 2019, the current capital budget is $5.448 billion, including approximately $68 million of expected initial savings in oil capex,” the majority government-owned energy firm stated.

Some of these savings came from Cost Optimisation Reviews (CORs), around 25 of which were held during 2018, according to the report. CORs are described as “focused, multi-day workshops” where PDO, together with the relevant contractor, identifies opportunities for efficiency enhancement and waste elimination.

“These identified a potential cost saving of $60 million over a 3-4 year period. In addition, a further sum of approximately $240 million was identified through our Low Oil Price Response (LOPR) programme, and other value improvement ideas and cost saving opportunities. Projected savings from both CORs and LOPRs are $300 million,” the report noted.

Cost optimisation efforts have also helped PDO maintain its unit finding cost (UFC) of oil at $1.1 per barrel, with an overall UFC of $0.3 per barrel of oil equivalent (boe) — “a world-class performance”, the report said. “The unit technical cost of these discoveries was also highly competitive and field development plans are advancing to bring production on stream at the earliest opportunity.”

Earlier this year, PDO undertook an organizational revamp aimed at achieving its broader goal of evolving into a leaner and more productive organisation. “PDO continued with our endeavour to improve capital efficiency and deliver competitive projects” said Raoul Restucci, Managing Director. “An engineering reorganisation, aimed at centralising the execution of all projects, enabling higher productivity, greater consistency and compliance, and faster decision making and project delivery cycles, was completed achieving its “go-live” target of January 2019. This will enable greater value chain integration between assets, well engineering and project delivery as we work to optimally deploy our resources and tools with a One PDO mindset whilst further enhancing the skills development and capabilities of Omanis,” he explained.

This new structure, the Managing Director said, will be underpinned by the ongoing rollout of Lean processes, procedures and projects which are “transforming the way we work to enable us to do more for Less”. This initiative supported the delivery of 142 efficiency improvement projects in 2018, securing $152 million in cost savings.