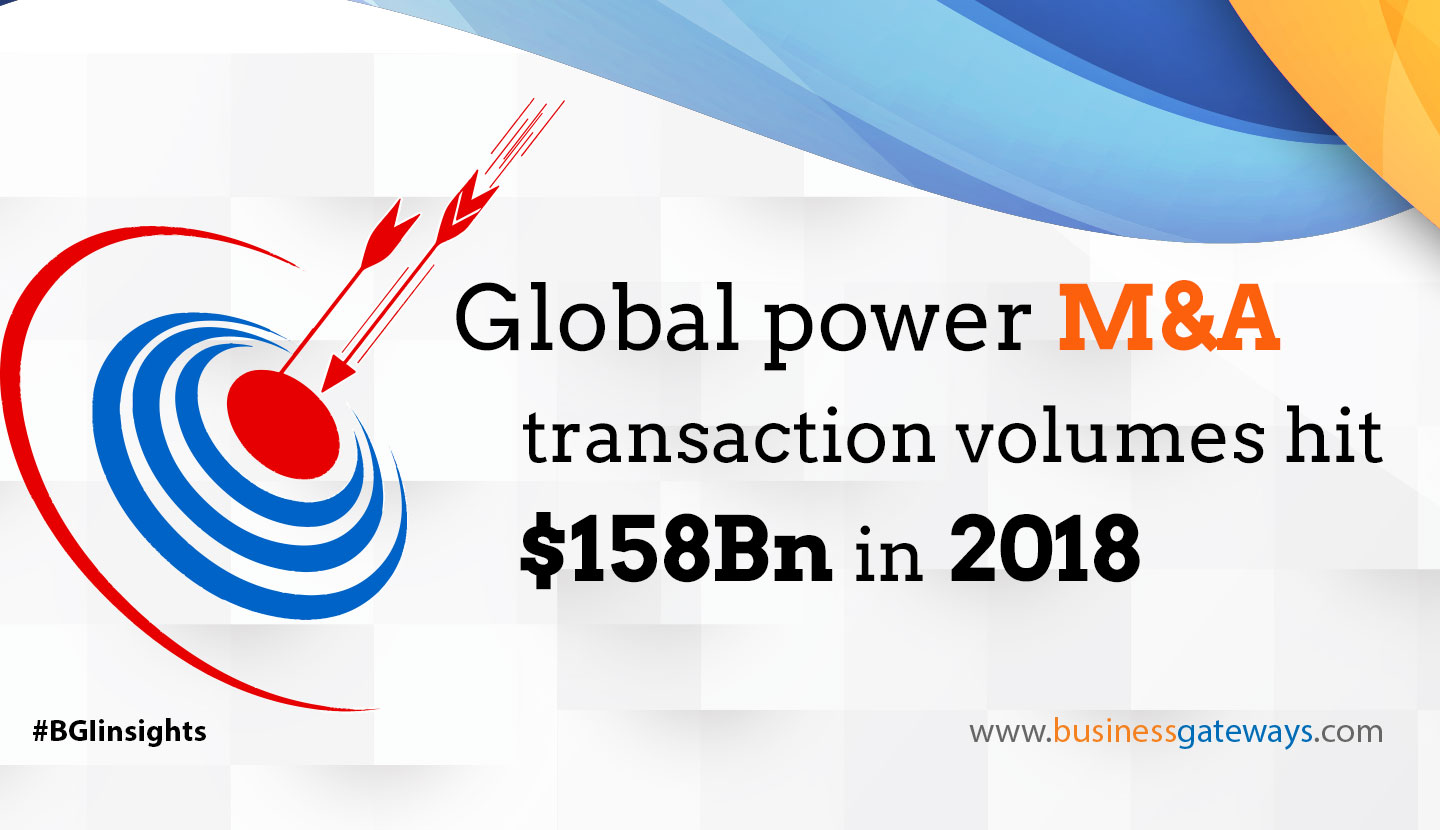 The global power mergers and acquisitions (M&A) market remained strong in 2018 with the transaction volumes surging to hit $158 billion, the second highest in the last five years, according to GlobalData, a leading data and analytics company.

However, the number of deals registered decreased to 622, compared to 651 deals in 2017, stated GlobalData in its latest theme report: ‘M&A in Power - Thematic Research.’

The report revealed that the solar energy segment registered the highest number of M&As during the period 2015–2019 YTD with 661 M&A deals. This was followed by T&D (Transmission and Distribution), wind, fossil fuels and hydropower segments, with 654, 461, 305 and 214 M&A deals, respectively.

Out of the 622 transactions reported last year, 597 were acquisitions while the remaining 25 were mergers, stated the report.

The report pointed out that over the past few years, the power industry had seen a transition towards sustainable clean energy.

According to GlobalData, the power utility companies in mature markets are now witnessing a wave of consolidations, looking to create scale due to the shift towards renewable energy sources, which is pushing them to alter their business models.

The consolidation through acquisitions is driven mainly by few companies’ incapability to attain that organically and the acknowledgment that companies require collaboration or cooperation for this transition to occur, it stated.

Sneha Susan Elias, a senior power analyst at GlobalData, said: "Power and utility companies are focusing on crucial climate goals and measures in the form of clean energy growth and enhanced natural gas-fired generation to deal with the intermittency issues, safety and security of energy supply, phase-out of coal-fired power plants and nuclear decommissioning."

"Over the coming two to three years, M&A activity in the power industry is likely to remain strong, backed by a global urge to move away from thermal power towards renewables, although the former will remain relevant," she added.