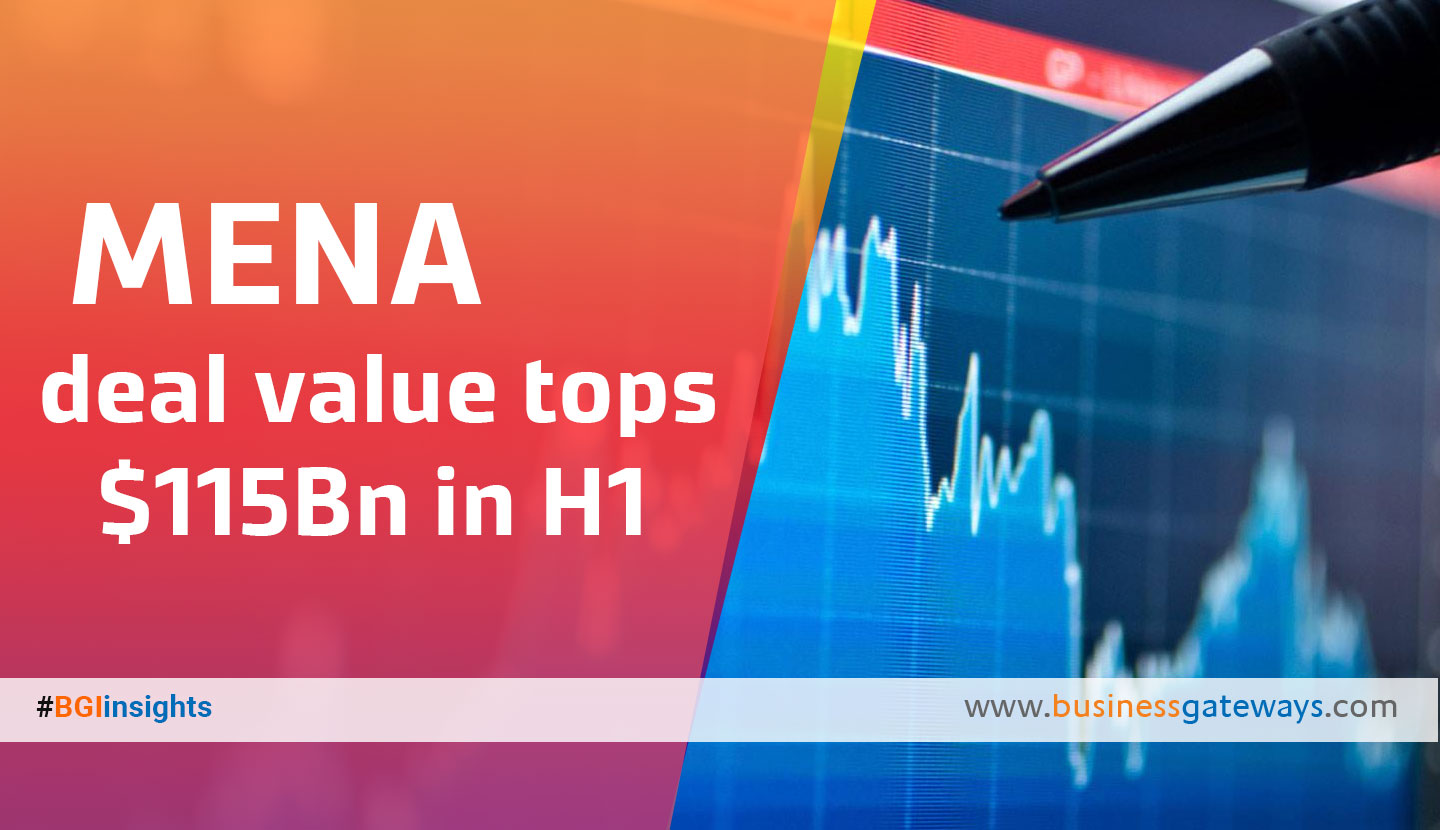 The largest deal during H1 2019 was Saudi Aramco agreeing to acquire a 70 per cent stake in SABIC worth $69.1 billion from PIF.

In H1 2019, state-owned entities were involved in 55 deals (25 per cent of total deals) amounting to $104.5 billion, 90 per cent of the total deal value, including mega deals involving Saudi Aramco, ADNOC and ADIA.

"A further 87 per cent of MENA executives believe the global economy is improving, compared to 93 per cent on average across all executives in the study, globally, while 82 per cent share a similar sentiment about their domestic economy here in the MENA region. Looking ahead, we expect MENA companies to continue to reshape their portfolios to remain resilient to potential headwinds on the horizon, even as they actively pursue their ambitious growth objectives."

In H1 2019, the chemicals sector had the highest deal value with $69.3 billion due to the landmark Saudi Aramco SABIC deal, followed by the oil and gas sector with $14.2 billion. The provider care sector recorded $10.3 billion, the banking and capital markets sector recorded $5.1 billion in deal value, followed by the technology sector, which logged a deal value of $4.3 billion, which included Uber’s $3.1 billion acquisition of Careem Networks.

H1 2019 saw an increase in domestic M&A activity in terms of deal value, with 111deals amounting to $79.3 billion, compared with 96 deals amounting to $5.5 billion in H1 2018.Two mega strategic deals, as part of sector consolidation, drove the domestic activity by value a chemicals sector deal in Saudi Arabia, worth $69.1 billion and a deal in the banking and capital markets sector in the UAE, worth $4.0 billion.

A key highlight of H1 2019 was Uber’s acquisition of Careem Networks for $3.1 billion, the largest technology sector transaction to date in the Middle East, as home-grown technology start-ups find themselves being pursued by global players.

The oil and gas sector was the top target sector for inbound activity, accounting for $10.8 billion. Four out of the six inbound deals in the sector were in the UAE, including three mega deals, involving the ADNOC stake sale in its oil refining and pipeline business.

"The large sums of inbound M&A reinforces the MENA investment thesis. We continue to believe that these are good times for strategic acquisitions in MENA" concluded Menon.