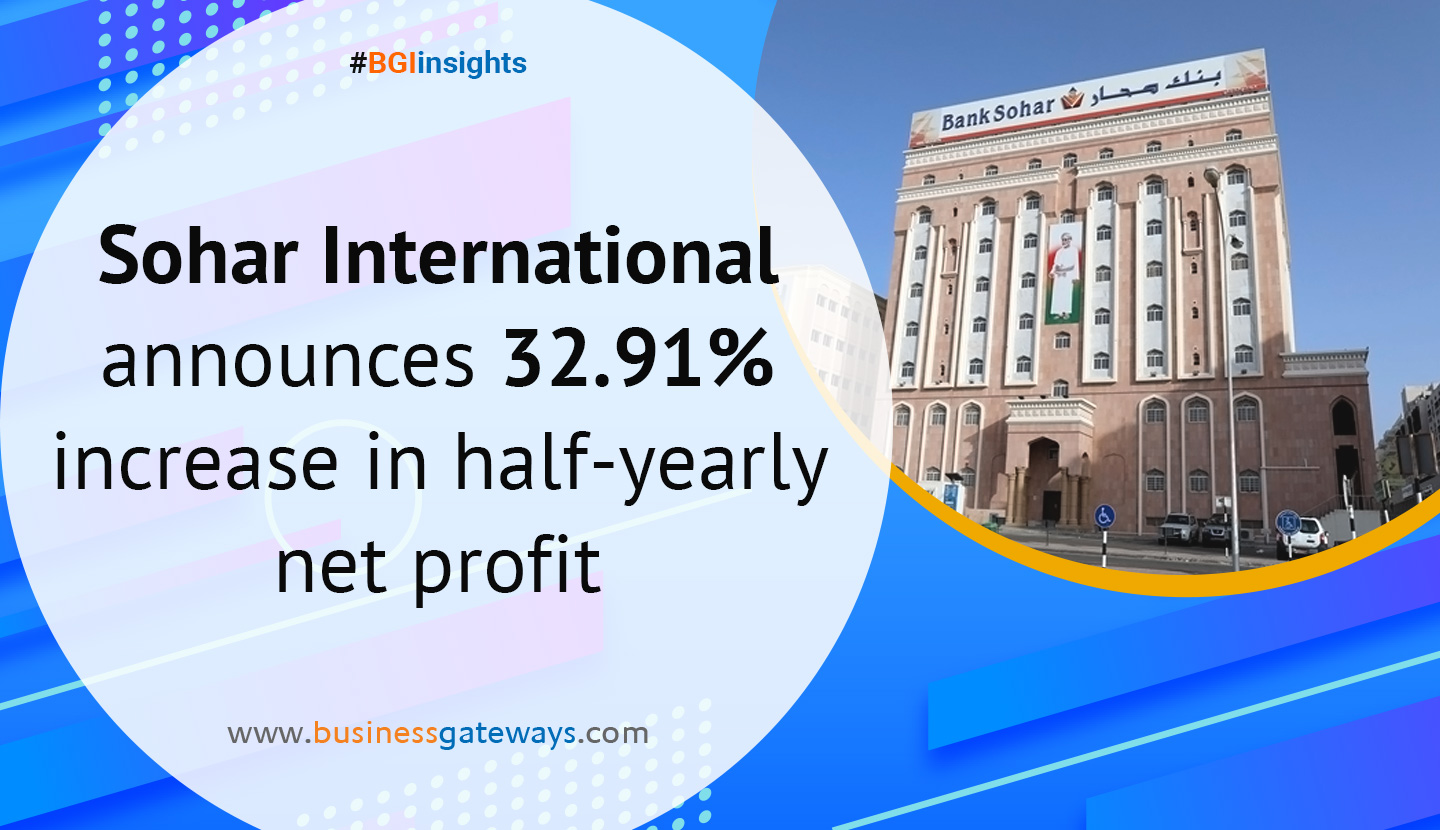 Sohar International announced a healthy growth of 32.91 per cent in its net profit for the first six months of 2019.

Talking about the results, Chairman of the Board of Directors of Sohar International, Mohammed Mahfoudh Al Ardhi, said: “The half year financial results are a great reflection of Sohar International’s new vision and strategy in full gear. We see greater demand for financing in the near future due to improved oil prices and the commitment of the government to continue focusing on infrastructure projects along with investments in sectors identified as key in the economic diversification plan.

"We see continued credit growth and government focus on economic diversification as well as investments in projects of national importance. Sohar International is well positioned to further build on its market excellence, capitalise on upcoming opportunities, play an active and positive role in enhancing the national economy, and continue to create value for Oman.”

Gross loans and advances increased by 10.86 per cent to OMR2,510 billion in the first six months of this year, as compared to OMR2.264 billion in same period last year.

Commenting on the results, Chief Executive Officer of Sohar International - Ahmed Al Musalmi, said, “Continuing to embark on the path set by our new brand identity, and constantly persevering to increase value for stakeholders in particular, and the nation at large - we thank our valued patrons and partners for the trust and support reposed in the Bank.”

Al Musalmi added: “Sohar International entered 2019 with a great sense of optimism and embraced the principles of more velocity, more value, and more vision in its strategic approach; while embodying the attributes of being sharp, human and unstoppable. We are pleased that the effects of these principles are embedded in our half-yearly financial results. Our focus for the year remains geared towards helping customers win and achieve their goals, promising them unrivalled responsive banking services for their ever-changing world. Following the national agenda and playing an active role, Sohar International continues to seek and promote in country values (ICV), identifying key projects that will contribute in the short and long run towards the local economy while creating opportunities for individuals and businesses alike.”