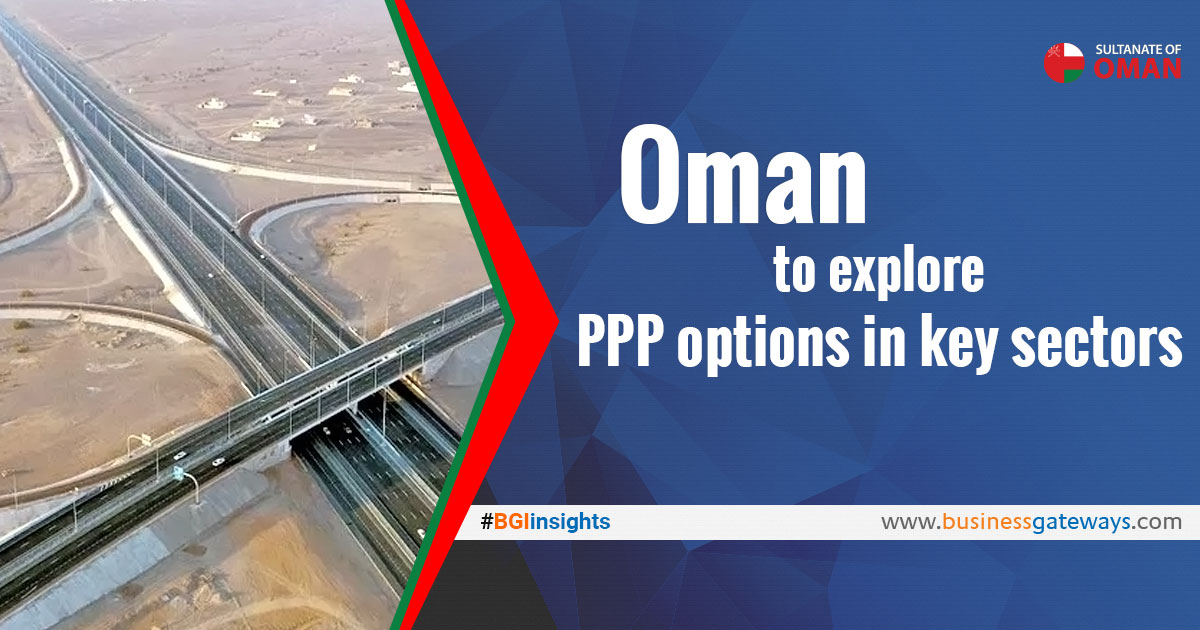 Having enshrined the broad framework for Public Private Partnerships (PPP) in a new law, promulgated via Royal Decree 52/2019 last month, the Omani government is now set to commence the process of pinpointing potential infrastructure projects and public services to be awarded to the private sector under the PPP model starting from next year.

According to a key official of the Ministry of Finance, the exercise will initially focus on three promising sectors — healthcare, education and transportation — but could also include a handful of other economic activities deemed viable for private investment under the PPP framework.

“In 2019, we will start identifying initiatives to be studied in terms of their readiness and feasibility for a PPP to launch some of them in 2020,” said Abraham Akkawi, PPP and Privatisation Expert at the Office of the Minister — Ministry of Finance.

“The sectors that are the most promising are healthcare, education and transport in general, as well as certain projects in wastewater and solid waste management — hazardous and otherwise. If the feasibilities are promising, and if there is a PPP readiness, some of these initiatives will move into procurement next year.”

Akkawi made the comments during a presentation, followed by a Q&A, at a forum hosted by the Oman Journalists Association in Duqm last week.

Later, in remarks to the Observer, he noted than any road infrastructure projects procured under the PPP model would be based on one of two contracting structures “One is based on toll roads, where a company constructs the road, and users pay to access the road fully or partially. The government, perhaps, will have to offset if the tolls are too high. The other approach is Availability Based Payment, which is to get a company to design, fund, operate, and maintain the road, while the government will pay an annual fee to have the road accessible, subject to Service Level Agreements and KPIs.”

Asked if the proposed Medical City project — an ambitious multidisciplinary tertiary complex planned at Barka — is still on the table as a PPP venture, the Expert explained: “The Medical City, as a project, is still planned. But feasibility to look at it again, whether it is standalone or part and parcel of other developments in Barka, and so on.”

Commenting on PPP opportunities in the educational sector, Akkawi said: “Over and above school projects, there is an ongoing review and planning for a new university — the University of Oman project — and the Ministry of Higher Education has launched a Request for Proposals for advisers to look at whether a part of the university project can be done as a PPP or not.”

The expert also highlighted PPP opportunities in the multimodal transportation, chiefly rail-based sector. “Without a doubt, rail projects — whether light or heavy rail — can potentially be done as PPPs. “However, It depends on whether the government is willing to assume certain risks, as most of these projects do not pay for themselves based on ridership or usage; So the government may have to subsidise them in one way or another.”

Asyad Group — the Sultanate’s transportation and logistics flagship — is exploring the potential for a PPP based Mineral Line Railway Project designed to unlock the potential of massive limestone and gypsum deposits in the Al Shuwaymiyah —Manbij area of Dhofar Governorate.