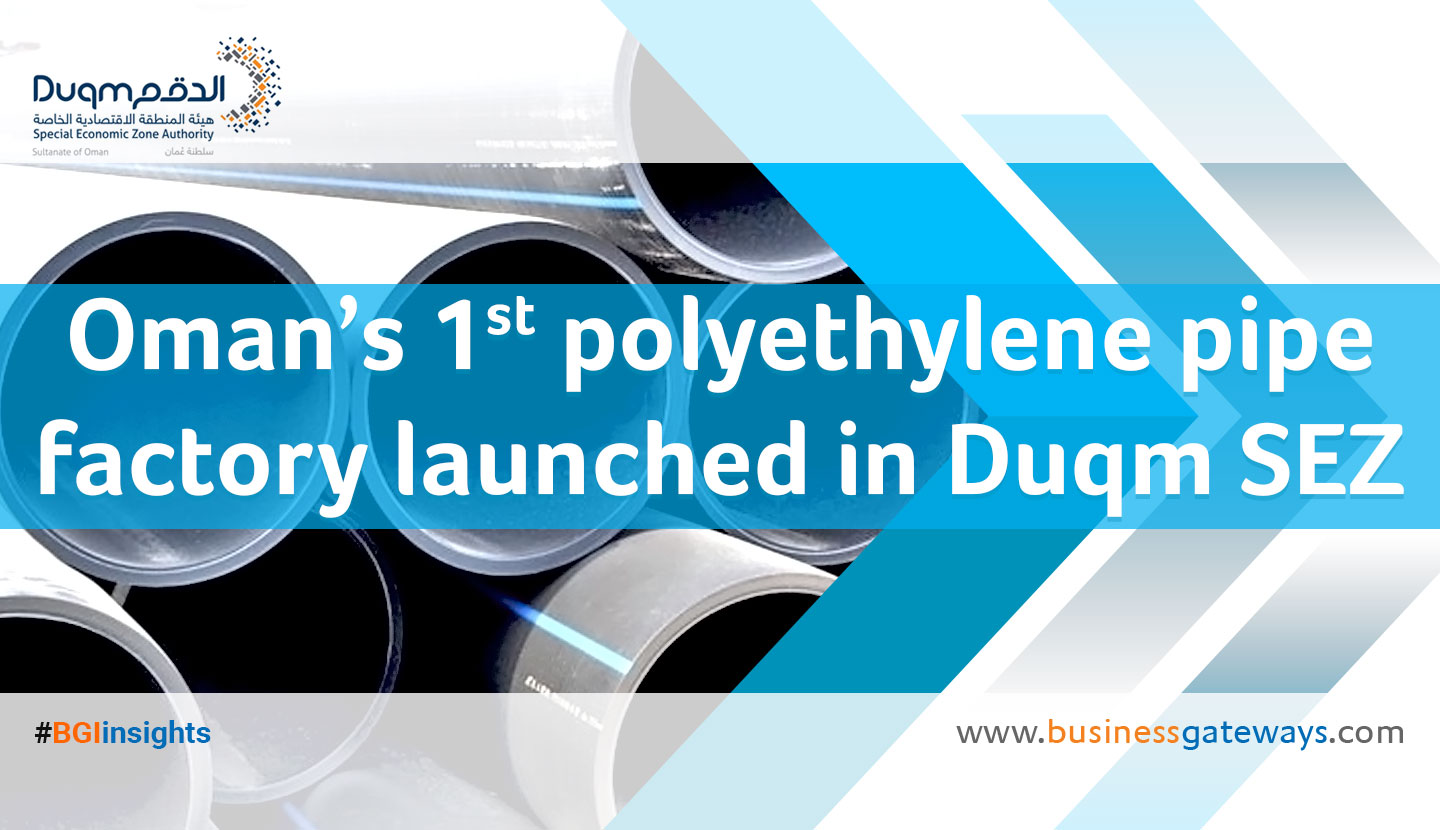 Duqm Hongtong Pipes Company, a Chinese-Omani partnership, celebrated yesterday the groundbreaking of Oman’s first factory for manufacturing Reinforced Thermopolyethlene Pipes at the Special Economic Zone of Duqm. The ceremony was held with the presence of a number of government dignitaries from Oman and China and representatives from shareholders, investors, stakeholders and potential customers.

This plant will meet the increasing local and international demand for non-metallic pipes that could be used for oil and gas industry and specifically for the collection and transfer of hydrocarbon fluids through the piping networks.

At the initial stage, the factory’s products will serve the local market, while afterward these Omani-made products will be promoted and supplied to other regional and international markets whenever required.

Built over an area of 60,000 sq metres, the factory is designed to be capable of producing around 1,200 km of Reinforced Thermopolyethylene pipes (RTP) annually with the first batch of products is expected by the second quarter of 2020. The final products will be manufactured as per the technical specifications of the Petroleum Development Oman (PDO) and the American Institute of Petroleum.

Yearly production capacity is about 1,200 km of reinforced plastic pipes with the potential to double capacity in the future. The first batch of pipes is expected to be produced during the second quarter of 2020.

Speaking on the occasion, the Chairman of Weihai Hongtong Pipe said that one of the most important considerations behind their investment in the Sultanate of Oman is to transfer and exchange technologies and to benefit from the competitive advantages offered by the business environment in the Sultanate.

As well, he highlighted that this project will contribute to the In Country Value opportunities and support national training objectives and opportunities for Omanis. “The prime geographical location of Duqm, close to the GCC and African markets, and the Sultanate’s customs agreements with many countries overseas was a good reason to bring our investment in Oman,” he added.

Dr Shao Longnan, General Manager of Hongtong Duqum Pipe Company, stressed on the importance of introducing this technology to the Sultanate and the region where the markets are growing. He also stated: “Construction of the production plant is planned to start later this month and expected to last for approximately 10 to 12 months.”

Dawood bin Sulaiman al Farsi, Partner and General Manager of Technical and Marketing Affairs, pointed out: “We are pleased to be the first in the country to establish this business which meets the increasing demand of Reinforced Thermopolyethylene Pipes in Oman and the region.”

A further study to provide a new design for Non-Metallic Production Tubing is also considered at a later stage. This product will have a significant impact and expected to contribute in saving effort, operational and maintenance cost as well as bring promote new production techniques.

As a contribution to the In Country Value process in the Sultanate, the factory will initially provide about 30 jobs opportunities in various technical and administrative posts in both Duqm and Muscat.