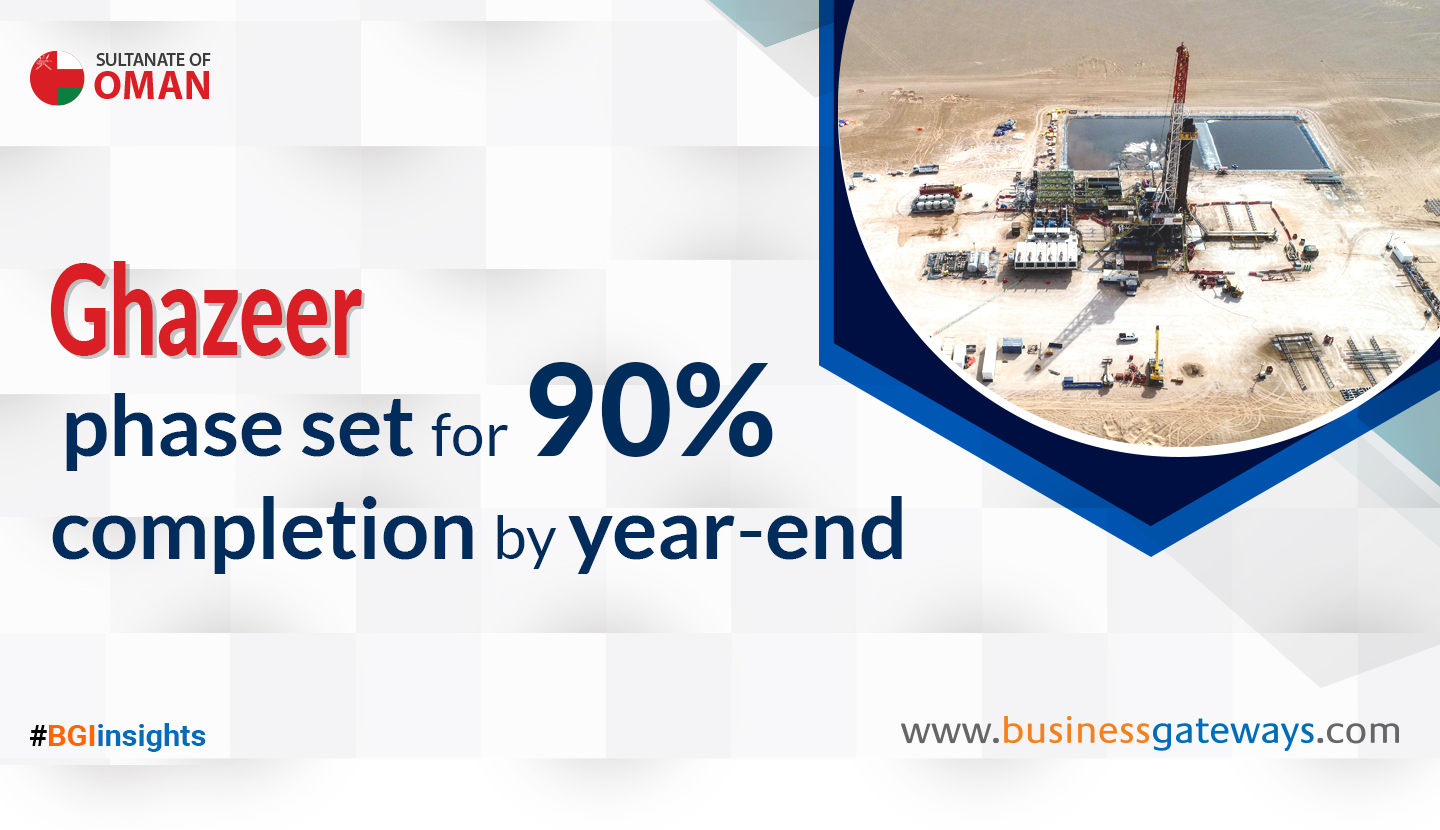 Energy supermajor BP has so far drilled around 15 wells as part of a 100 well drilling programme aimed at unlocking the tight gas potential of the Ghazeer reservoir, representing the second phase of its mega-investment in Block 61 in central Oman.

According to Yousuf al Ojaili, President BP Oman, the second phase dubbed ‘The Ghazeer Development’ is on track to add 0.5 billion cubic feet (bcf) per day of gas from early 2021, up from the overall project’s current contribution of 1 bcf/day from Block 61.

“The Ghazeer development is progressing very well, and is, in fact, slightly ahead of schedule,” said Al Ojaili. “We have most of the major pieces of project equipment either at site or en route. By the end of this year, all of the major equipment will be installed on their foundations.”

Speaking to the Observer, BP Oman’s President said the Ghazeer development is slated to reach the 90 per cent completion mark by the end of this year. “Next year, we will commence commissioning, and hopefully, produce first gas in the first quarter of 2021.”

Further, in support of its drilling programme, BP Oman has deployed three rigs in the Ghazeer area, said Al Ojaili. “We are planning to drill around 100 wells in the area, and we have drilled around 15 wells so far.”

Presently mobilised at the project site is a combined workforce of around 6,000 workers distributed across engineering, drilling, operations and other support functions, he said.

Phase 1 of BP Oman’s tight gas development in Block 61 targeting the Khazzan field came on stream in September 2017, with production averaging 1 bcf / day of gas along with around 25,000 barrels per day (bpd) of condensate.

As part of its investment in Ghazeer, BP Oman is adding a third gas processing train to the central processing facilities (CPF) in Block 61, along with a second condensate train, gathering systems, well hookups, and a new gas export system connecting with Oman Gas Company’s network in Fahud.
BP Oman is a partnership of energy giant BP (60 per cent), Oman Oil Company E&P (30 per cent) and Malaysian energy giant Petronas (10 per cent).

Last month, the partnership of BP Exploration (Epsilon) Ltd and Italian energy major Eni signed an Exploration and Production Sharing Agreement (EPSA) with the Omani government for the development of Block 77 adjoining Block 61. Eni and BP will each hold a 50 per cent interest in the EPSA, with Eni serving as operator during the exploration phase.

Experts believe that should the JV uncover prolific gas reserves in Block 77, then it could potentially pave the way for the implementation of yet another landmark Integrated Gas Development in the Sultanate, mirroring the nation’s current maiden venture centring on the Greater Barik discovery in central Oman.