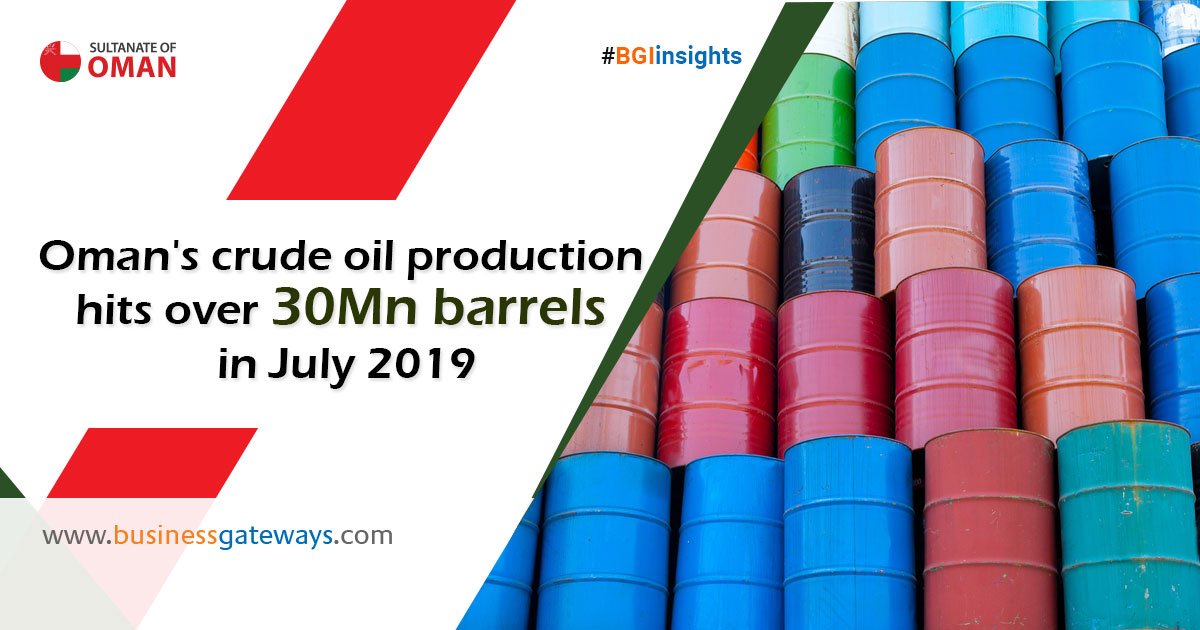 The monthly report issued by the Ministry of Oil and Gas pointed out that the total exported quantities of the Omani crude oil during July 2019 reached 21,329,021 barrels, with a daily average of 688,051 barrels.

Imports by India, Korea and Tanzania also registered a rise of 0.76%, 2.78% and 0.22% respectively, while imports by Japan declined by 11% compared to June 2019. Imports this month witnessed the return of demand for Omani crude by Myanmar buyers by 9.22%.

The average price of West Texas crude grade in New York stood at USD 57.67 per barrel comprising a rise by USD 2.76 compared with the trading of June 2019. The average price of North Sea Brent grade reached USD 64.21 a barrel, constituting a rise by USD 1.18 per barrel compared with the trading of June 2019.

The trading of Oman Crude Oil Future Contract at Dubai Mercantile Exchange (DME Oman) rise by 3.5% compared with last month. The price of Oman oil during the trading of July 2019 (September Delivery 2019) stood at USD 63.87 a barrel, comprising a rise by USD 2.15 compared to August delivery 2019. It averaged between USD 61.01 a barrel and USD 66.77 a barrel.

The rise in crude oil prices during July 2019 is attributed to several factors that have directly and positively impacted prices, most notably the consensus of OPEC and its allies to extend the agreement to reduce production until March next year 2020, in addition to the decline in US commercial inventories of crude oil. The oil price was also impacted when the US central bank cut interest rates for the first time in more than a decade.