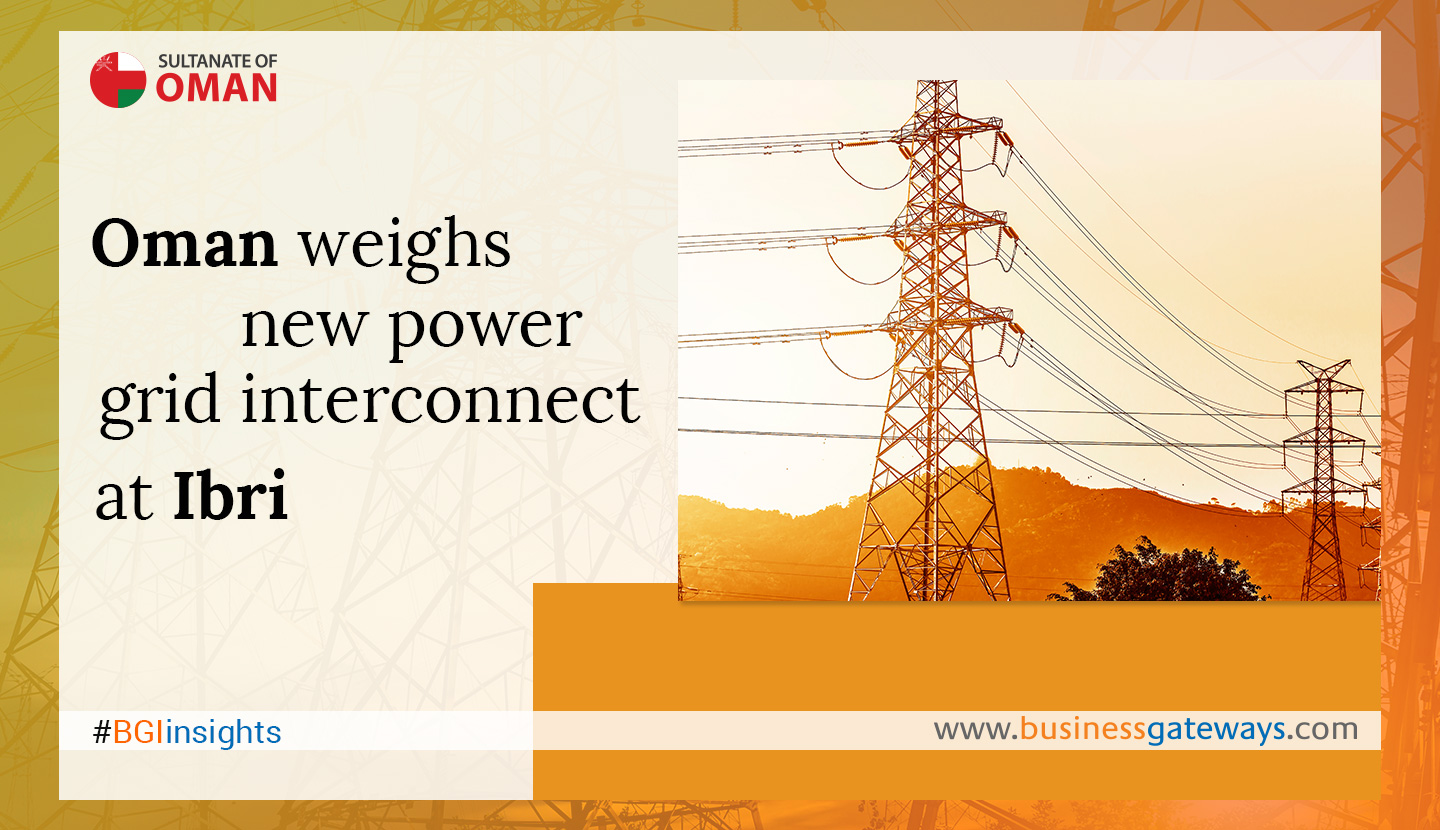 The Sultanate, represented by Oman Power and Water Procurement Company (OPWP), the sole procurer of new electricity and related water capacity, is weighing an interconnect at Ibri with the wider power networks of the Gulf states – a strategic step that will open up, among other benefits, the potential for energy trading across the interconnected grid. If and when implemented, the Ibri interconnect will be the second such external linkage with Oman’s Main Interconnected System (MIS), which covers much of the northern half of the Sultanate. The MIS is already connected with the UAE at Mahdha via a 220 kV interconnect that has been commercially operational since 2012. Oman is a member of the GCC Interconnection Authority (GCCIA), which oversees electricity interconnects between the six member states of the bloc.

“A direct 400 kV interconnect from Ibri to the Kingdom of Saudi Arabia and linking to GCCIA has also been evaluated and is in the planning process,” said OPWP — a member of Nama Group — in its latest 7-Year Outlook statement. “This project would provide direct access to all GCCIA Member States and would enhance the benefits in stability, generation planning, and trade opportunities relative to the existing 200 kV link via UAE,” it stated.

Electricity interconnection, according to state-owned OPWP, offers many benefits, including firm support during emergencies, and opportunities to trade electricity and coordinate both planning reserves and operating reserves. The procurer has already undertaken successful energy exchanges with its counterpart in the UAE in 2016 and 2018 “for net fuel savings at no cost”. The double circuit link supports reliable transfers of up to 400 MW and can carry up to 800 MW in emergencies. It has also provided emergency reserves on a number of occasions, preventing power failures in the MIS. “OPWP is finalising arrangements with the GCCIA to facilitate trade agreements with other GCCIA Member States,” it further noted.