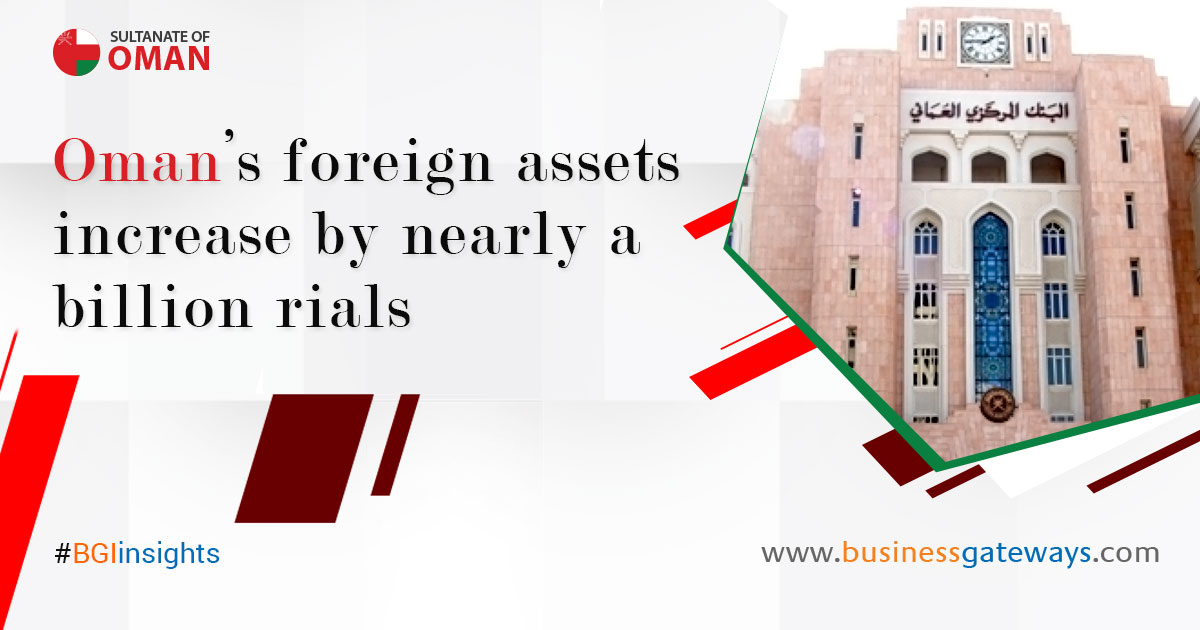 Oman’s net foreign assets increased by close to one billion rials in 2018, thanks to an upswing in petroleum prices and a greater volume of goods exported from the Sultanate.

The Central Bank of Oman said in its 2018 annual report that the country’s net foreign assets, which are jointly owned by the CBO and the State General Reserve Fund (SGRF), have increased by OMR 990 million.

“The overall balance of payments was in surplus, leading to an accretion of OMR 990 million in the country’s foreign assets,” said Tahir Salim Al Abri, Executive President of the Central Bank of Oman, in the organisation’s annual report.

"The Central Bank of Oman (CBO) continued to pursue policies and implement measures that support growth in the economy. Adequate liquidity was ensured in the banking system so that credit availability remains supportive of productive activities.

“The CBO also relaxed some regulatory requirements to create additional space for credit with banks,” he added. “The banking sector remained resilient and healthy, with adequate capital, a low delinquency rate and sufficient liquid assets, supporting financial stability on a sustainable basis.”

Oman’s foreign assets in part grew due to foreign direct investment in the oil and gas sector, with the Sultanate also issuing international bonds to finance its fiscal deficit. Net inflows in the capital and financial accounts led to a surplus in the overall balance of payments, augmenting foreign exchange reserves by OMR 990 million. However, the report said that despite an improvement in oil prices in 2018, there still remained challenges for the Sultanate’s external sector.

In this regard, the report added, “The total net foreign assets (CBO and SGRF together) increased by OMR 990 million, alleviating pressure on the adequacy of external buffers. Import cover of CBO’s net foreign assets increased to 7.4 months from 6.3 months a year before. The current account deficit of OMR 1.671 million in 2018 far exceeded the net inflows of OMR 2,949 million under the capital and financial accounts.”

This is the first time in three years that Oman has been able to report an overall positive in its balance of payments, while the amount present in the country’s foreign reserve is also the highest it has been in the last five years. In 2014, the overall balance stood at OMR 429 million, dipping to OMR 235 million in 2015. In 2016 that figure plunged to a negative OMR 3.61 billion, before rising significantly to negative OMR 1.06 billion in 2017. It then climbed to a positive balance of OMR 990 million in 2018.

The report said, “Both foreign direct investment (FDI) and foreign portfolio investment (FPI) witnessed large net inflows, while other investments had net outflows during 2018. In view of the above, the nonpetroleum activities offer promising prospects in 2019. Considering the prospects of petroleum and non-petroleum activities, the macroeconomic outlook for 2019 appears reasonable but fraught with challenges, especially on the back of expected range-bound oil prices and uncertainty surrounding them.

“The outlook however looks to be robust over the medium-term, with expected recovery in oil prices and accelerated traction in non-oil economic activities,” added the CBO.