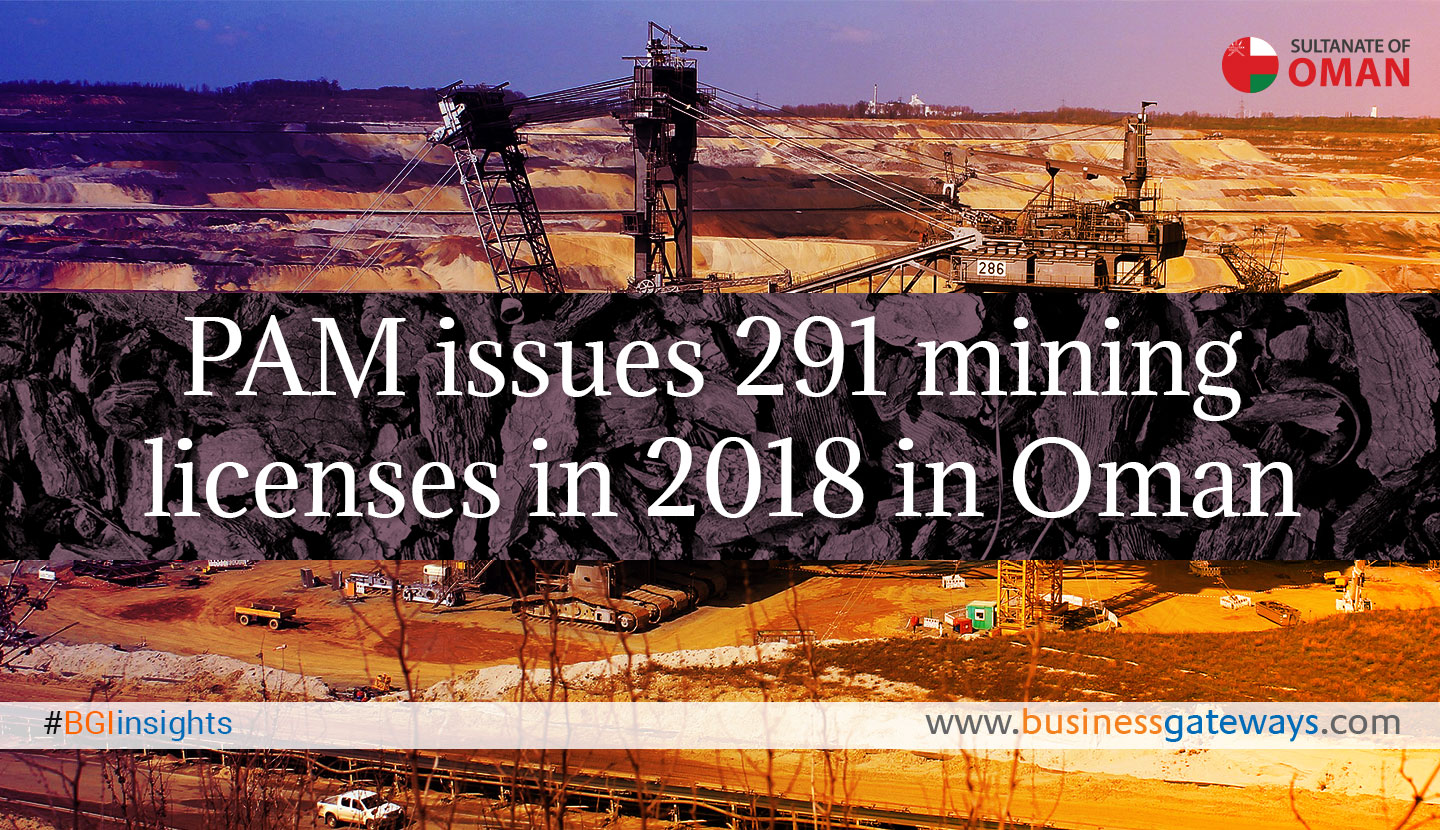 Imparting new momentum to the growth of a robust mining sector in the Sultanate, the Public Authority for Mining (PAM) issued a total of 291 licenses for conducting mineral exploration operations in 2018.

According to the Central Bank of Oman (CBO), the mining sector – with its prodigious reserves – has great potential to contribute to the economy. Mineral resources available in the Sultanate include chromite, dolomite, zinc, limestone, gypsum, silica, copper, gold, cobalt, iron, and so on. As a significant contribution is expected from mining, this sector has been identified as a promising industry to support the country’s economic diversification.

Towards this goal, the Public Authority for Mining (PAM) hosted a ‘Mining Lab’ in March 2018 under the auspices of Tanfeedh — The National Programme for Enhancing Economic Diversification. The Lab produced more than 43 initiatives and projects involving investments to the tune of RO 813 million, with the lion’s share coming from the private sector. The initiatives and projects are expected to increase the sector’s contribution to GDP by three-fold, and provide more than 1,600 direct jobs to Omanis, while increasing the country’s mineral production to 147 million tonnes in 2023.