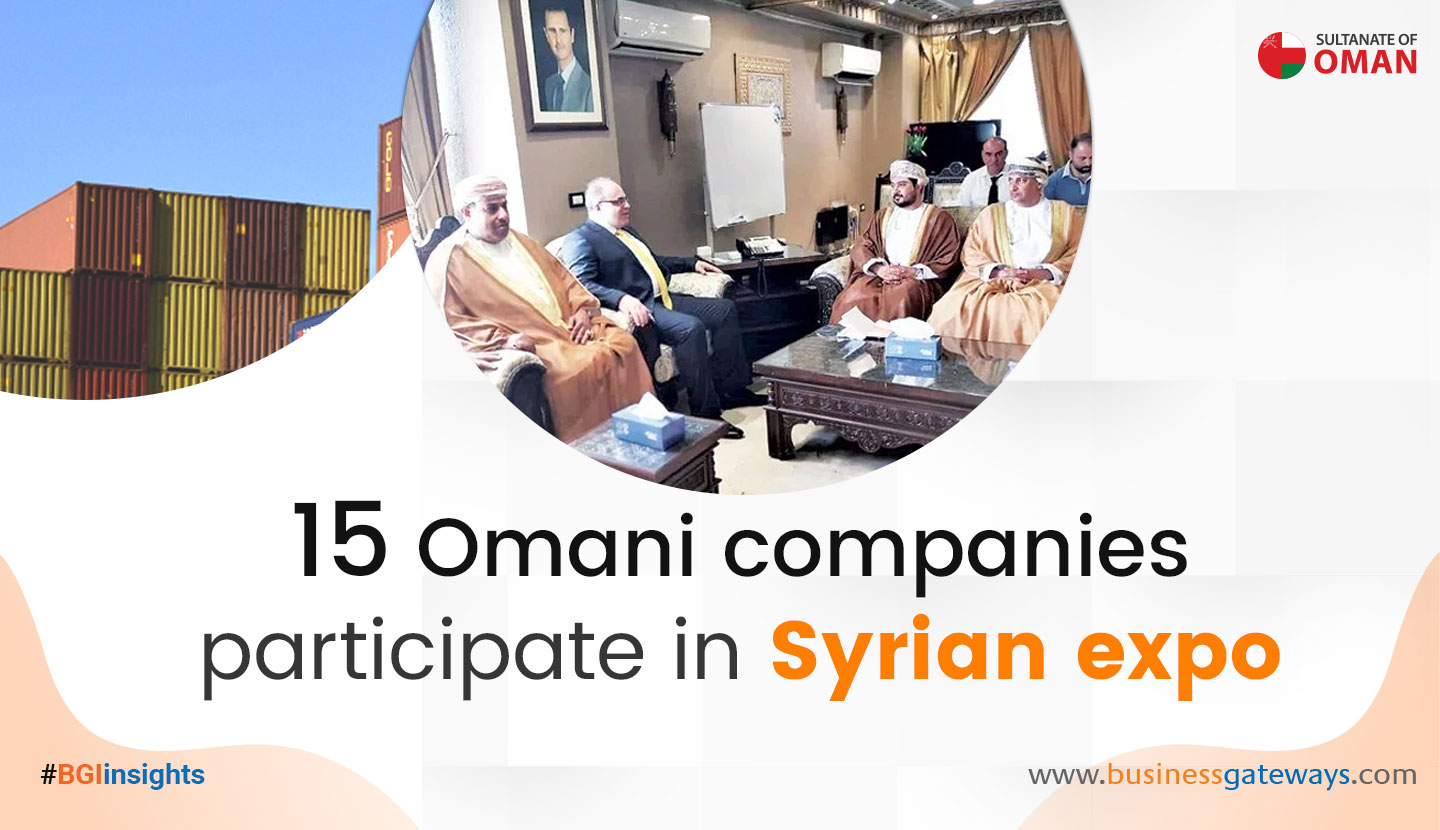 The Sultanate, represented by the Oman Chamber of Commerce and Industry (OCCI), is participating in the 61st Damascus International Fair 2019, which kicked off in the Syrian capital yesterday. Fifteen Omani companies operating across various economic sectors are part of the Sultanate’s pavilion at the event.

Qais bin Mohammed al Yousef, Chairman of OCCI, is leading a contingent of more than 30 Omani business leaders and executives, representing a wide array of economic sectors, on a visit to the Syrian Arab Republic and the Republic of Lebanon.

Commenting on Oman’s participation in the Damascus forum, Al Yousef said: “The Chamber works to strengthen the capabilities of private sector institutions and gain expertise and expand its presence by undertaking specialised trade delegations, and participating in trade fairs organised by friendly countries around the world, with the aim of enhancing areas of cooperation and economic partnerships between Omani businessmen and their counterparts from these countries.”

“This will certainly contribute to enhancing the level of economic cooperation and increase the volume of trade in the coming period,” he added.

During the visit to Syria, the delegation met with a number of high level Syrian officials, including the President of Syrian Investment Authority, Minister of Economy and Trade, and Chairman of the Chambers Union.

The exhibition is attended by dozens of countries from different continents and hundreds of Syrian, Arab and international companies distributed over 45 different segments.