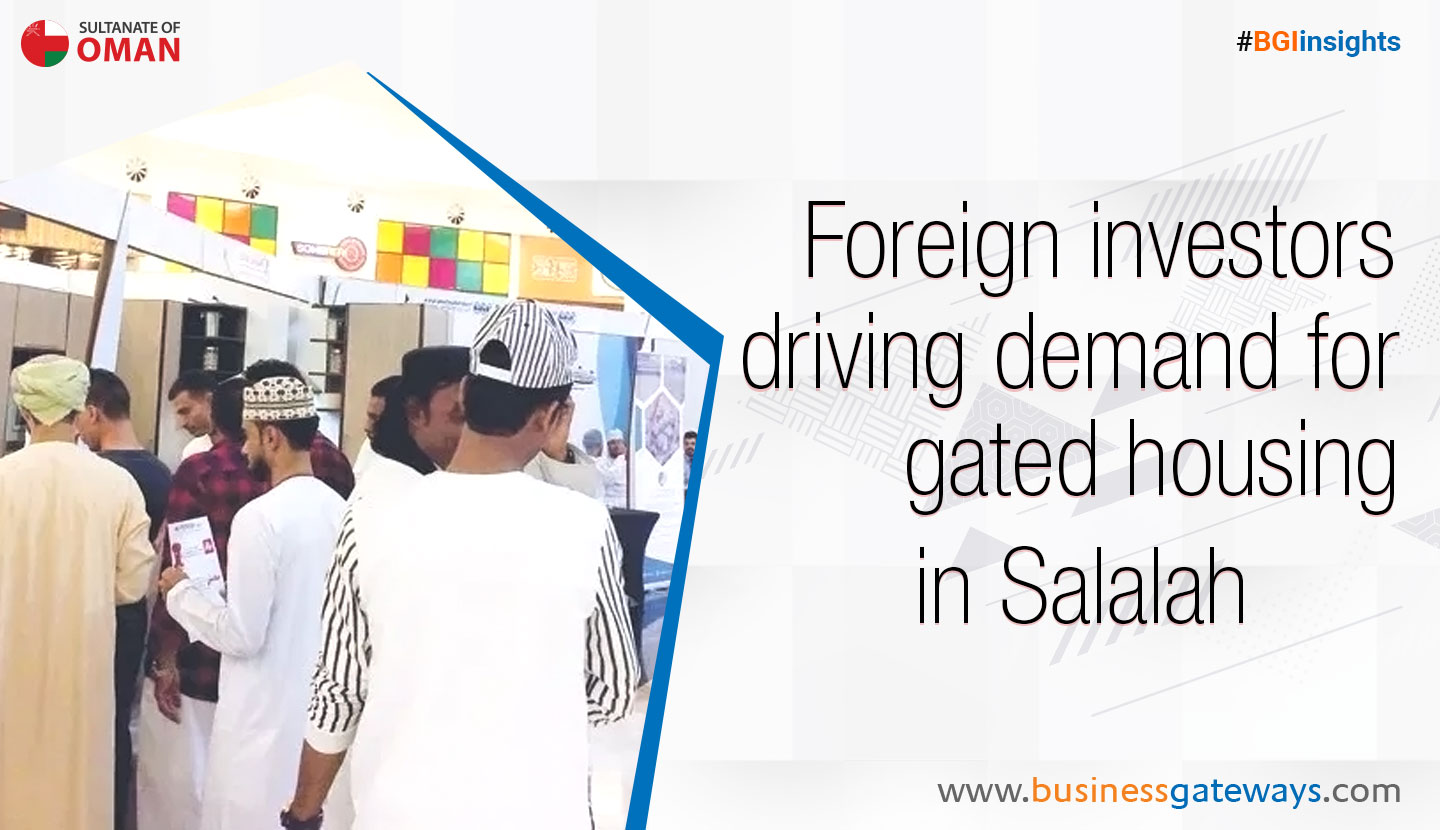 With expansion, development and emergence of Salalah as a major tourist destination in the region, demand for gated community accommodations in the city is picking up among foreign investors, particularly from within the Gulf region. This trend was evident at Khareef Salalah Real Estate Exhibition at Salalah Gardens Mall where more than 14 national and international companies from the GCC took part. The participants comprised of real estate operators, furniture and furnishing companies, raw material suppliers and suppliers of accessories to the real estates.

The sales representatives of upcoming Muntaza Centre in Salalah’s Garbiya area, said there had been good inquiries for two and three bedroom flats from among the GCC nationals who were holidaying in Salalah and enjoying khareef season.

“There were serious inquiries for flats and we received very good response from visitors from Saudi Arabia, Kuwait and United Arab Emirates (UAE), in addition to Omani nationals. Some of them decided to book the flats, work on which is going on and handover is likely in two-and-half years from now,” said the representatives. The Muntaza Centre, according to them is being developed on 100,000 square metres while built up area for the Centres, which comprises provisions like a mall, food court, cinema hall and gym, is around 20,000 square metres.

Similarly, another project showcased in the exhibition was ‘Naseem Salalah’ being developed by that of Talal al Qurum. Explaining about the response, sales representative, Sama Munir Amri said, “The enquiries were mostly from the GCC nationals and so far spot booking of three of them, from Qatar and Dubai, were being processed,” she said.

“Naseem Salalah has mainly residential plots and villas. There has been good demand for both, as many nationals from the GCC want to have their houses in Salalah. Tourism is the biggest attraction among the GCC nationals and they want to grab the opportunity now when such properties are available at low prices,” she said.

Mohamad Issa, Senior Sales Executive, at Arada, participated in the exhibition to promote its properties in Sharjah, UAE. He, however, was amazed over the strength Salalah is having in terms of development and massive expansion in real estate sector.

“Salalah can do wonders if tapped properly because there is no match to it in entire GCC and it has always been a source of attraction among the GCC nationals, who love to be in Salalah,” he said.

Afshin Mohammadi, General Manager of Al Roofoof, hotel suppliers and trading company, said he was in Salalah to explore market for range of products in hotel accessories, mainly machines for hot and cold beverages. “There have been good enquiries from Salalah, which indicate expansion of real estate sector. Since I deal in accessories and machines for hot and cold beverages, my clients are mainly hotels and hotel apartments. I am looking forward to good response in Salalah,” he said.