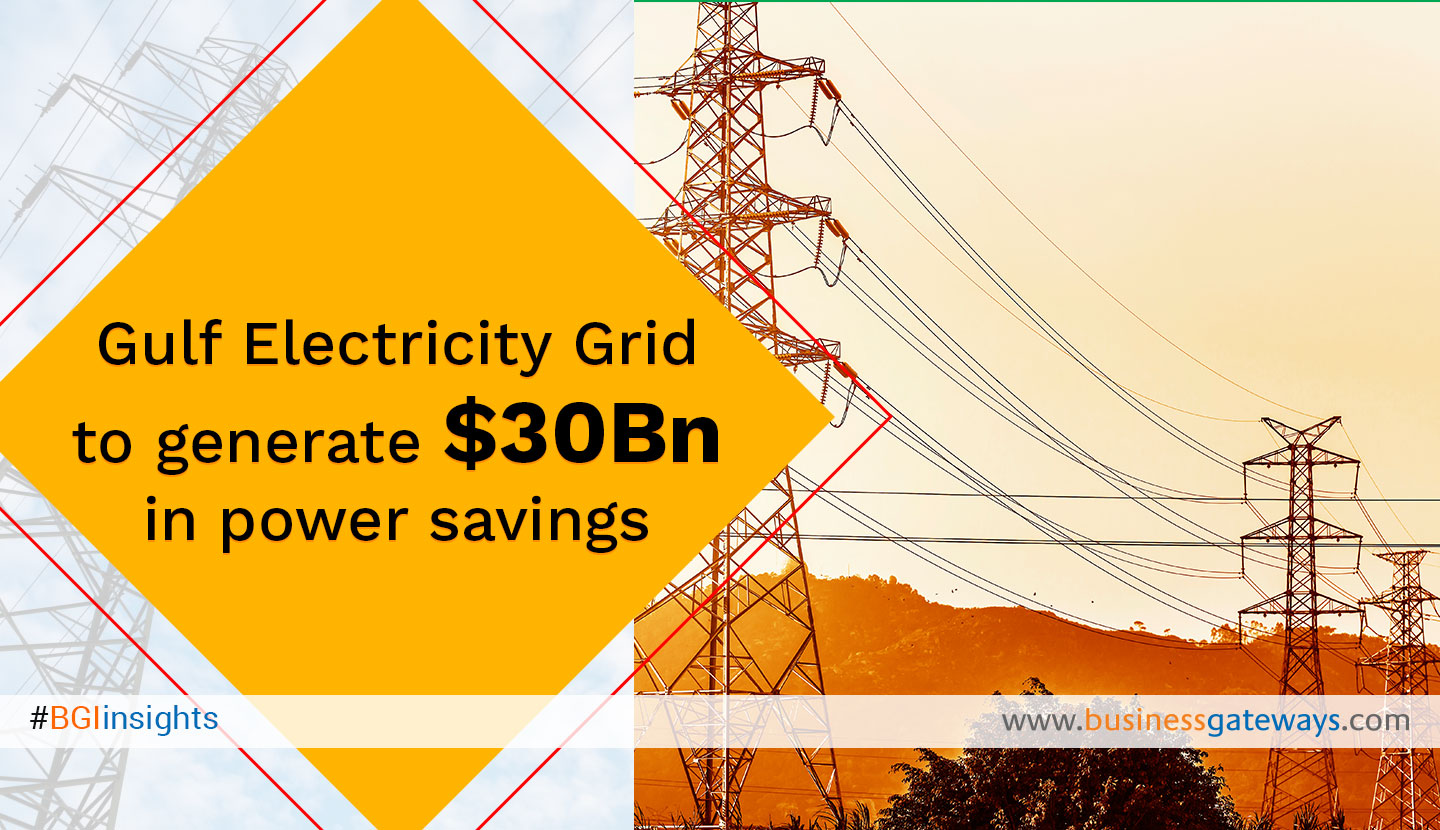 Electricity interconnection between the Gulf states will result in savings to the tune of $30 billion over the next two decades, according the GCC Interconnection Authority (GCCIA), a joint stock company jointly owned by the six GCC states, including the Sultanate of Oman. Aside from providing security of power supply and improving the economic efficiency of individual power systems, the interconnected grid also facilitates the export of surplus power, and the exchange of economically produced energy from one member state to another. Furthermore, it will support the growth of an Electricity Market in the region.

The Sultanate, which became a member of the GCCIA in 2014, has since enjoyed access to the respective power grids of the member states via an interconnect established between Oman’s main grid (the Main Interconnected System) and that of neighbouring UAE at Mahdha. According to the Chairman of the GCCIA’s Board of Directors, grid interconnection will unleash billions of dollars in power-related savings to the member states through 2040 and beyond.

“As ongoing efforts continue by the GCCIA to develop its operational and administrative systems, it is expected that electrical interconnection of the GCC states will save $30 billion over the next 23 years,” Al Shaikh Nawaf al Khalifa stated in the Authority’s Annual Report for 2018. Oman’s interconnect with the grid at Mahdha supports reliable transfers of up to 400 MW, which can be ramped up to 800 MW in the event of emergencies, according to Oman Power and Water Procurement Company (OPWP), the sole procurer of new power and water capacity in the Sultanate.

“The link has provided emergency reserves on a number of occasions, preventing power failures in the Main Interconnected System (MIS — which covers much of the northern half of Oman). In 2016, the Authority for Electricity Regulation Oman (AER) approved OPWP’s recognition of the interconnect’s contribution to planning reserve requirements, based on its record of performance and the contractual obligations with the GCCIA to provide reserves support,” the Omani state-owned power procurer — a member of Nama Group — noted.
Significantly, the GCCIA is also exploring the feasibility of expanding the interconnection to integrate the power systems of neighbouring countries in Asia, Europe and Africa, the Board’s Chairman said. “This will open up great opportunities to the GCC countries in exporting and importing energy in all of its forms, through electricity, which in the near future, will represent the main source of energy consumption across all sectors,” he stated. According to Ahmed Ali al Ebrahim, CEO of the GCC Interconnection Authority, economic savings accruing to the member states totalled $286 million in 2018. Energy trade volumes also rose 12 per cent during the year as energy-surplus states, boosted by new renewables-based capacities, took advantage of the interconnected system to export excess power, he said.
Al Ebrahim also announced that the GCCIA has launched the GCC Power Exchange platform (GCCPEX) among member states.

The GCCIA was established in 2001 as a joint stock company subscribed by all six Gulf states with an authorised capitalisation of $1.3 billion. It is managed by a Board of 12 directors with two representatives per member state. The Authority owns and manages the interconnection linking the power systems of the six Gulf states.