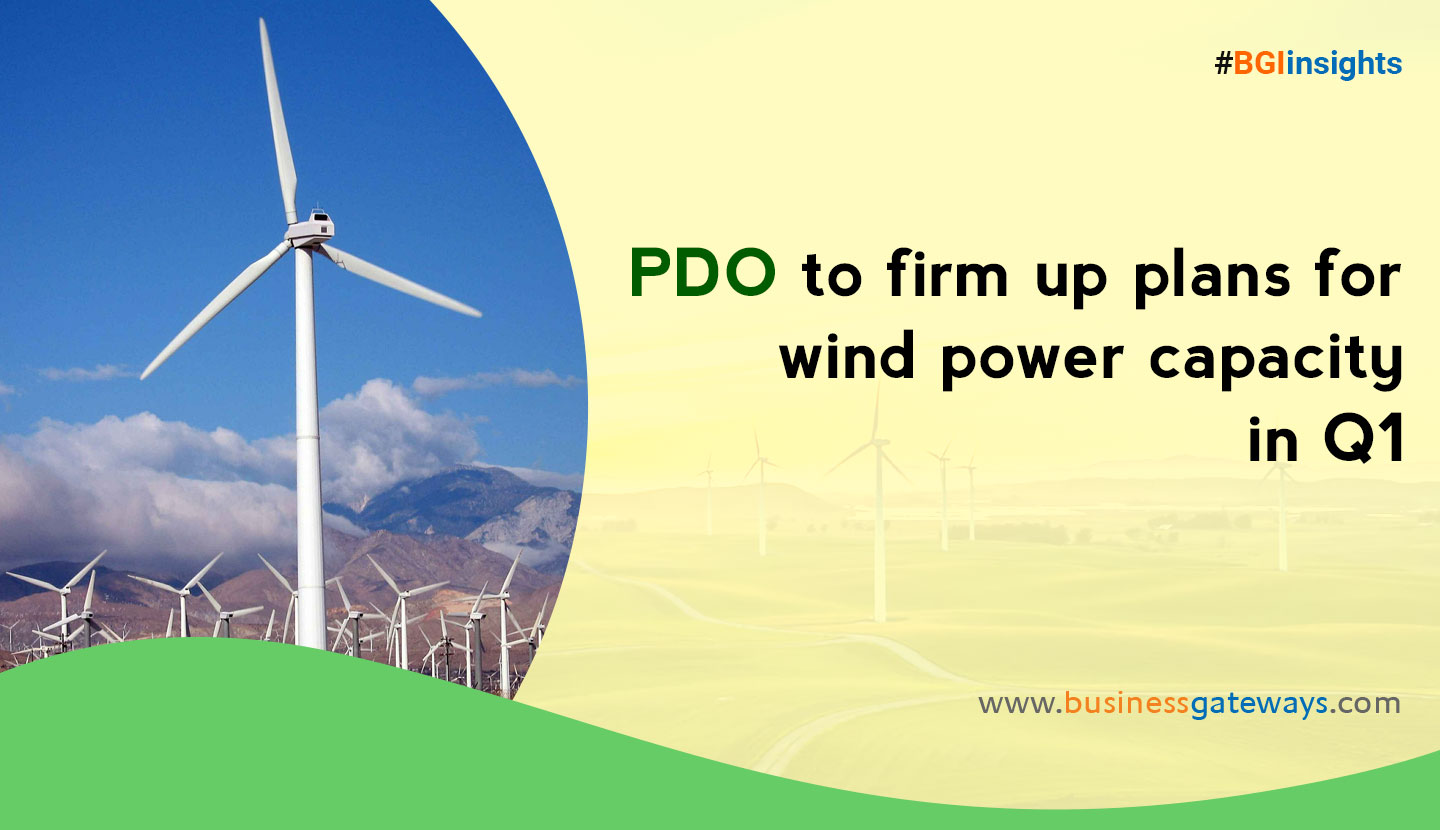 PDO Managing Director Raoul Restucci said the company’s first wind-based power project is likely to come up within its Block 6 concession in a windswept part of Dhofar Governorate.

“We are working on finalising (a strategy) we are scoping it out and will announce timetables in Q1 next year” Restucci said. “We have also installed a number of (wind monitoring stations) to optimise the designs. By early next year you will see our plans in terms of our first project.

The proposed wind farm will add to an increasing diverse portfolio of renewables based investments that currently includes the mega solar plant — the Miraah project at PDO’s Amal heavy oilfield — billed as among the largest of its kind in the world, as well as a 100 MW solar PV based development at Amin, solar car park system, solar water heating, and solar street-lighting.

Work on Miraah — a joint initiative of PDO and GlassPoint of the United States – is progressing well, said Restucci. Phase 2 of the giant scheme is nearing completion, although contractors have had to replace around 20,000 screens damaged by Cyclone Mekunu when it struck southern parts of the Sultanate in May last year.

Upon completion of Phase 2, steam generation will ramp up to 2,000 tonnes per day over the next 4 – 5 months, with the plant offering the equivalent of 300 megawatts of solar capacity, the Managing Director said. At the same time, more emphasis will be placed on storage issues before the project progresses into the third and final phase. “It’s important that we maximise the ability to store some of that energy because of the huge amount of incremental steam that we will provide on a daily basis, but not on a 24 hour basis,” he said.

In line with its ambitions to evolve into a full-fledged energy company, PDO is also looking at the potential to add hydrogen to its energy portfolio. “We are experimenting with a few hydrogen opportunities, exploring the market to see what we could do there,” said Restucci, noting that the company is also weighing opportunities linked to the tenders floated recently for large-scale solar PV projects.

PDO’s pioneering solar car-park project at its Mina Al Fahal headquarters is also set to be expanded to a capacity of 10 MW, effectively making it the largest installation of its type within any one campus in Oman’s oil and gas industry.

“The economics of such initiatives are really very good, not only in terms of direct savings but also in terms of the reduced cost of energy, but also the ability to offset gas requirements, reduce gas consumption, which can then be deployed in high value propositions,” he added.