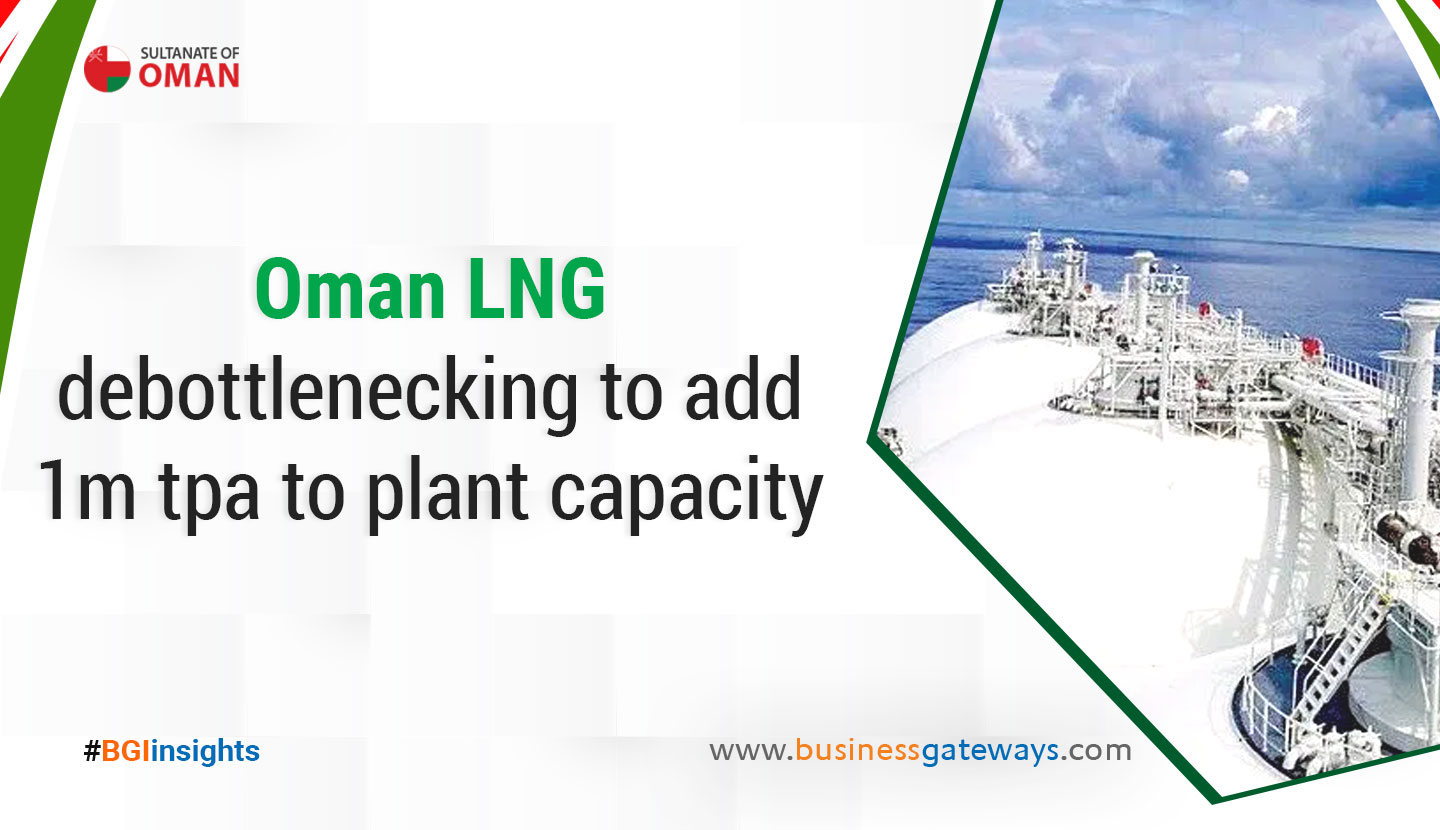 A landmark debottlenecking exercise designed to ramp up the liquefaction capacity of Oman LNG’s three-train complex at Qalhat has commenced. The multi-year exercise, which kicked off last week, will boost the plant’s current nameplate LNG capacity of 10.4 million tonnes per annum (mtpa) to 11.4 mtpa, a high-level executive said. Mahmoud al Balushi, Chief Commercial Officer, said the debottlenecking project is being undertaken in stages starting with the shutdown of one of the three trains to allow for the company’s engineers to carry out equipment upgrades and technical tweaks that would contribute to the capacity increase.

The process is expected to be completed by the end of 2021 when the full benefits of the debottlenecking initiative will be realised, Al Balushi told journalists on the sidelines of a press briefing held on Thursday to announce Oman’s hosting of the prestigious International Gas Research Conference next February. Majority government-owned Oman LNG is a key sponsor of the event.

Debottlenecking is defined as the process of pinpointing specific areas in plant equipment or the workflow configuration that limits the flow of product in any refining or petrochemical plant. By optimising plant operations, overall capacity can be ramped up, experts say.

The plant will continue to produce LNG during the staggered shutdown and debottlenecking exercise as two of the three trains will remain in operation throughout this programme, said the Chief Commercial Officer.
Last year, US-based technology and professional services giant KBR Inc announced that it had secured a contract to support the debottlenecking of Oman LNG’s gas liquefaction complex.

The contract, it said, entails the provision of Front-End Engineering Design (FEED) services, alongside licensor and vendor management services associated with the debottlenecking of the LNG plant.

Significantly, the debottlenecking initiative is a latest of a series of developments designed to reinforce Oman LNG’s preeminent role as the nation’s sole gas liquefaction project, as well as sustain its ability to support economic development and GDP growth over the long-term.

Last September, LNG production from the Sur complex soared, for the first time in the project’s nearly 20-year operational history, to 10.4 million tonne in 2018, corresponding to its nameplate capacity. This stemmed from the supply of additional natural gas from BP Oman’s Khazzan field in Block 61 enabling the operation of the three-train plant to full capacity for the first time.

The additional supplies of gas also made possible the signing of a landmark Sales and Purchase Agreement (SPA) between Oman LNG and BP Singapore Pte Ltd. Under the SPA, which covers a seven-year period beginning in January 2018, Oman LNG is providing 1.1 million tonnes per annum of LNG to BP Singapore — which is equivalent to approximately 18 LNG cargoes annually.