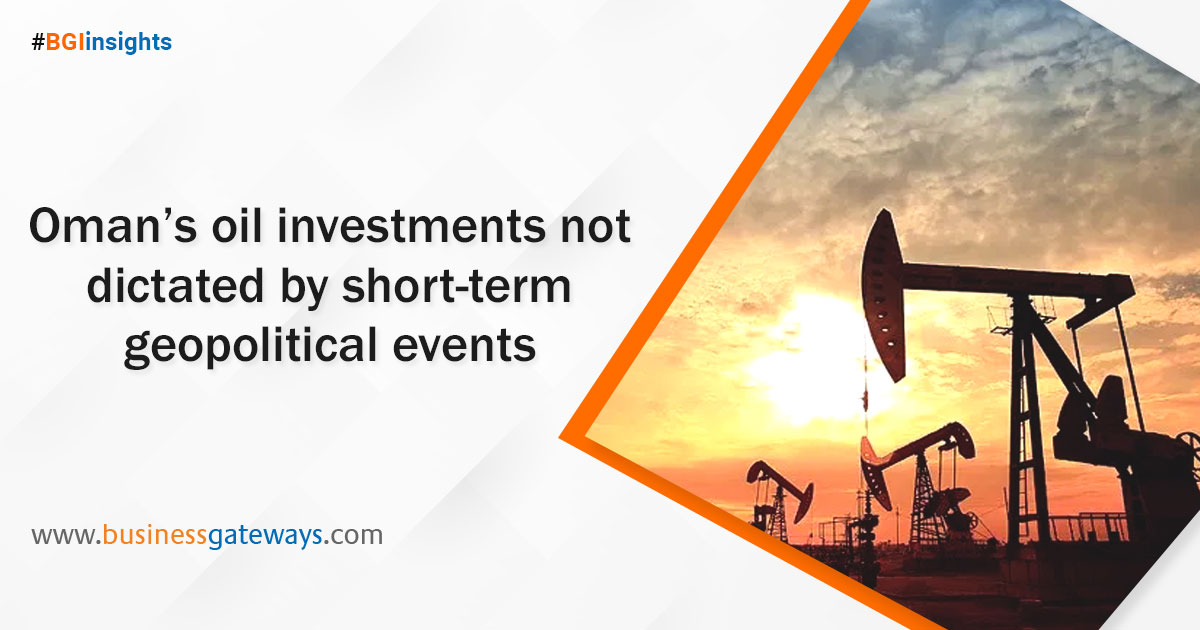 Volatility in international oil prices triggered by geopolitical developments or dampening demand does not influence Oman’s decision-making with regard to investments in the hydrocarbon sector, according to Salim bin Nasser al Aufi, Under-Secretary of the Ministry of Oil and Gas. To the contrary, the industry takes a strategic, long-term view guided by a desire to sustain growth and production, he stressed.

Speaking at the 10th World Heavy Oil Congress, which concluded at the Oman Convention & Exhibition Centre recently, the official said that any concerns about a looming global recession or weakening demand for hydrocarbons will not sway decision-making processes linked to investments of a strategic nature. Development of heavy oil oilfields, which are typically capital intensive and take several years to bring into production, are a case in point, he noted.

The Sultanate currently has five active heavy oil fields, which contribute between 15–30 per cent of the country’s total crude output. Petroleum Development Oman (PDO), which is the biggest producer of hydrocarbons in the Sultanate, sees its heavy oil contribution, based on various Enhanced Oil Recovery (EOR) technologies, rising to around a quarter of its total crude production by 2025.

Al Aufi was responding to a query from the session’s moderator, Dan Murphy, Correspondent — CNBC International, about prospects for crude demand in the event of a global recession.

He said “There will probably be a period of slowing demand. It is happening as we speak, but it is driven by political situations that we all understand. I think the trick, when you look at Oil & Gas developments – particularly heavy oil and also shale (in the United States), you do not take the very short-term view into consideration. — you may look at it — but your plans are very long term and in the case of heavy oil, probably longer.”

Consequently, any propensity to allow the short term view to influence decision-making can be very risky, the Under-Secretary warned. “We have seen it two years back when the demand was also going down, and there was a lot of slowness in investments. The fear was we would come to a point where the demand would start to pick up but the investment would not catch up. I think the market was smart enough to continue investing, and particularly in Oman we insisted that our development programme should not be affected at all by what is happening around us, and we should always be ready to demonstrate that we can pick up production when the market recovers. That strategy has not changed, and I think globally, it’s following pretty much the same level of thinking.”

While current events will have some implications for the industry, for (large) Oil & Gas developments, particularly heavy oil, the outlook is very long-term, Al Aufi pointed out. “Despite the growth in renewables and even natural gas, oil will continue to have a place. I’ve not seen a single forecast that shows oil really getting out of the equation. There is some forecast of demand starting to slow down, but these are very long forecasts.”

Asked if Oman’s hydrocarbon sector would be able to cope if international oil prices slump, say to $40 per barrel, the Under-Secretary stated: “Our strategy has always been – and we’ve communicated this many times before – we always need to be ready for whatever the oil price is whether its $40, $30, $60 or $80 per barrel. Our development projects need to withstand whatever oil price the market throws at us. At this stage, we are in a strong position to manage even if it comes to the $40 per barrel scenario. Nationally, of course, we need a much higher oil price (to balance the budget), but if you talk to the operators in the oil industry in isolation, we have no problem with that. I hope we don’t we go to the $40 level, but if we do we will continue to operate.”