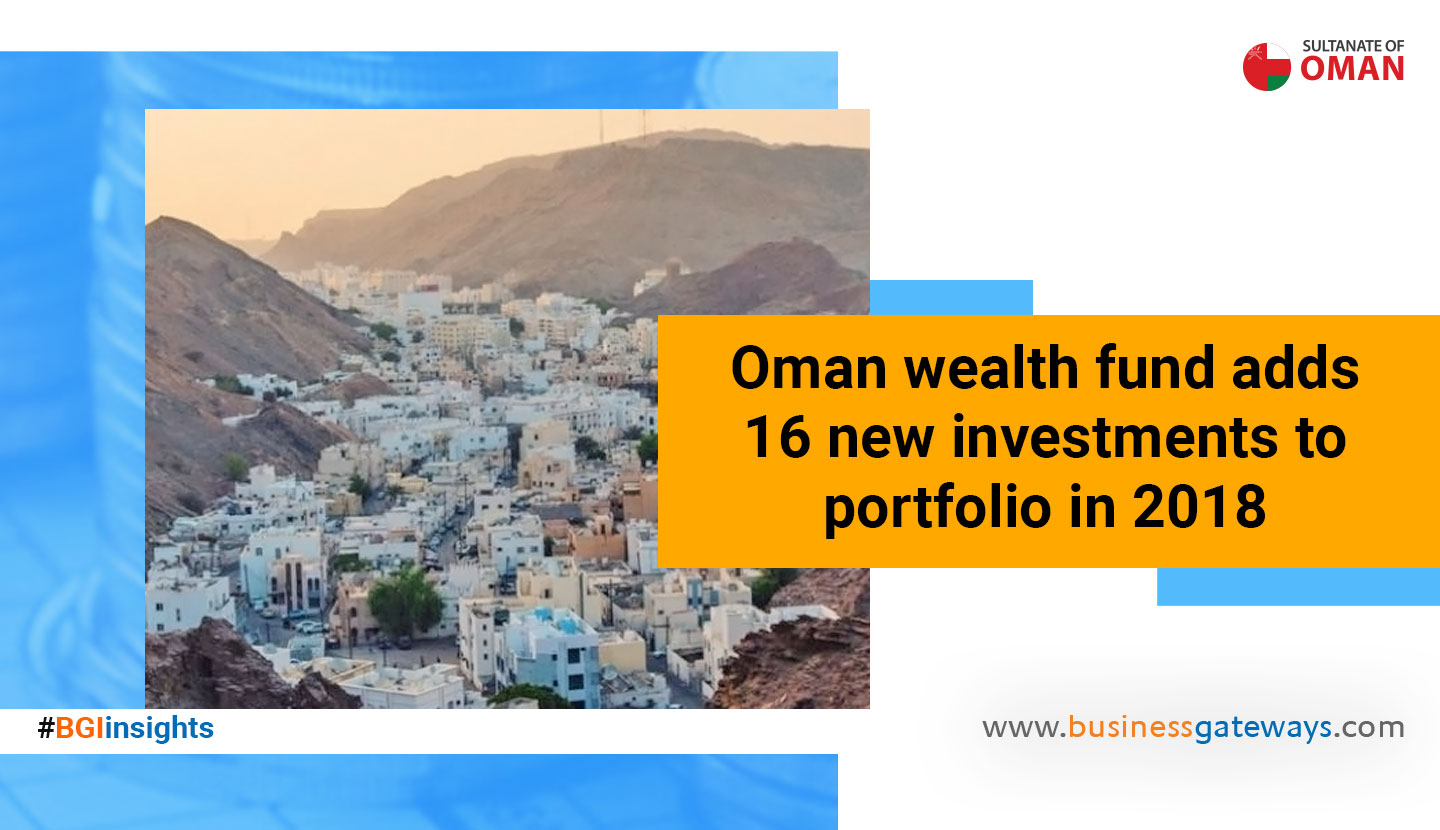 The State General Reserve Fund (SGRF), the largest sovereign wealth fund of the Sultanate of Oman, saw its domestic and international investment portfolio swell by 16 new investments in 2018, bolstering a strategy to ensure a sustained, healthy return on its diverse assets. Darwish bin Ismaeel al Balushi, Minister Responsible for Financial Affairs and Chairman of SGRF, said the burgeoning investments attest to the wealth fund’s strong fiscal underpinnings, notwithstanding the challenging global economic environment.

“2018 has been an eventful year dominated by economic tensions and uncertainties at the regional and global levels, which have had particularly adverse effects on the financial markets’ performance and investments, as well as on the investor confidence in general, which in turn led to the decline of most of the markets and the key global economic indicators, including oil,” Al Balushi noted in the Chairman’s Message appearing in the Fund’s newly published 2018 Annual Report.

“Despite its diversified investments, the State General Reserve Fund is not totally immune to such fluctuations and influences. Yet, the Fund was able, thanks to its proactive investment policy and to the great efforts made by those in charge of it, to mitigate the effects of such fluctuations on some of its investments to keep them to a minimum, thus maintaining the average annual return of about 7 per cent since inception,” he stated.

Despite the “difficult economic and geopolitical conditions”, the Fund was able to generate good returns on its investments in the private market portfolio, which includes private equity and real estate, the Chairman said. “It has also managed to recover capitals and exit from six different investments, yielding good returns of about 2.6x times the investment value. The Fund also continued its endeavours to seek new partnerships and investments, adding 16 new investments in 2018, which reveals SGRF’s strong financial position,” he affirmed.

Also during 2018, the SGRF built new strategic partnerships with a number of friendly countries, said Al Murshidi. Notable was the approval by the Uzbek Oman Investment Fund (UOI) to commit a 25 per cent stake in the Compass and Rivira shopping centres in Uzbekistan.

“As for Oman India Joint Investment Fund (OIJIF), the Fund has successfully raised 75 per cent of the target capital of (OIJIF II) and has committed to several new investments, including Divgi
Torq Transfer Systems, a leading company in the automotive industry in India, as well as Annapurna Finance, the leading company for more than 20 years in the rural microfinance sector, providing financial and technical support for entrepreneurship,” the Executive President said.

Also within the Sultanate, the Fund — through its investment vehicles — invested in a number of strategic initiatives, notably the Nakheel Oman Development Company of Tanmia which is implementing the One Million Date Palm Trees Project in partnership with the Diwan of Royal Court. Ibtikar Development Oman, another subsidiary, committed to invest in Polaris Medical, a Swiss firm specialising in the manufacture of high-tech medical devices used in the treatment of cardiovascular diseases.