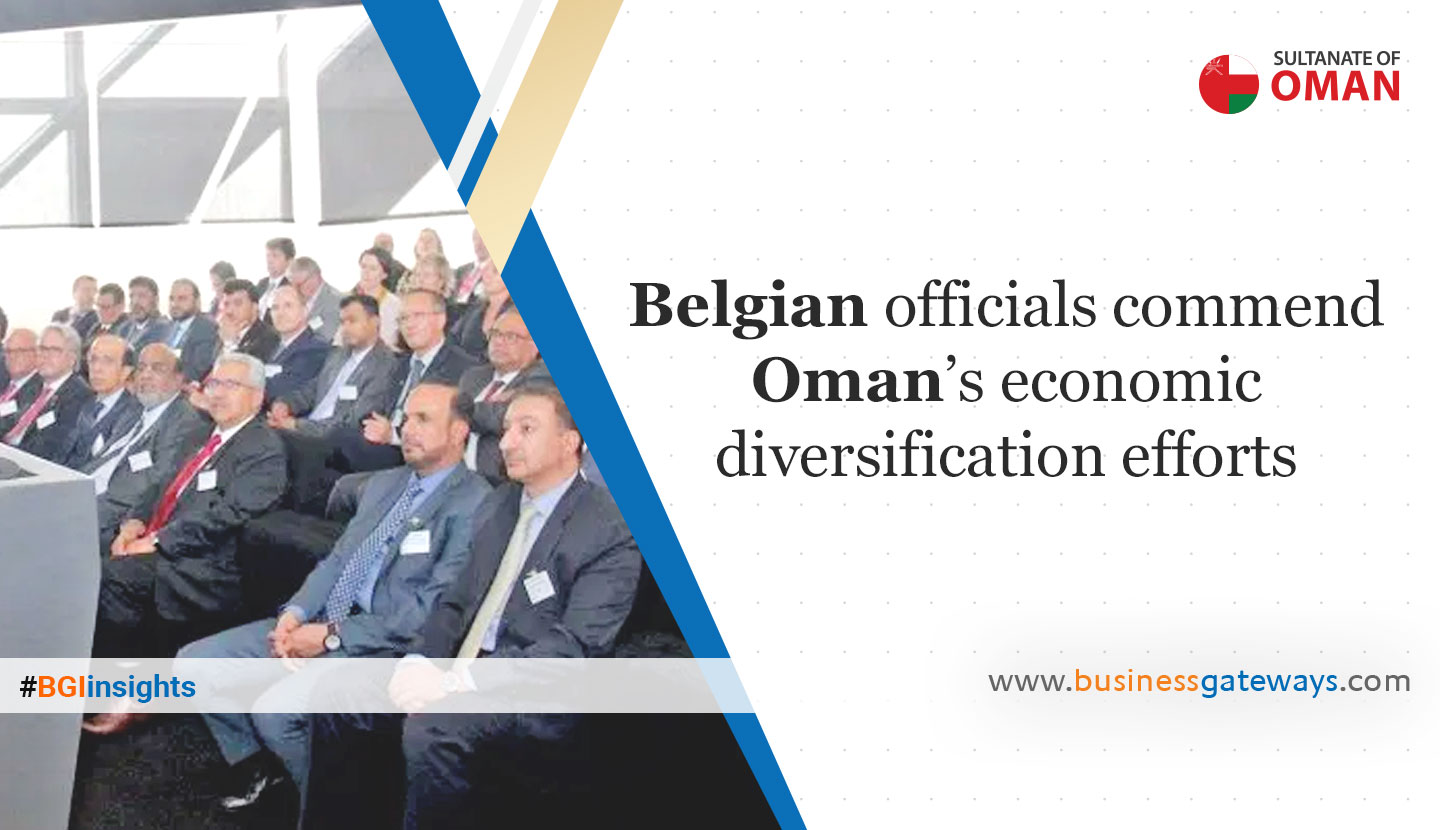 As part of the ongoing “Invest in Duqm” promotional campaign in Belgium, Yahya bin Saeed al Jabri, Chairman of the Special Economic Zone Authority at Duqm (SEZAD), met with Cathy Berx, the Governor of the Province of Antwerp and other Belgian officials over the weekend. During the meetings, officials commended the Sultanate’s efforts towards achieving economic diversification, plans to reduce dependence on oil and focus on other non-oil sectors.

Speaking at the meeting, the Governor of the Province of Antwerp noted Oman’s thrust towards non-oil sectors such as logistics, industry, tourism, mining and fisheries. She also highlighted the Sultanate’s key strategic projects like the Special Economic Zone at Duqm (SEZD) which serves to attract local and international investments.

Cathy Berx praised the economic and investment cooperation between the Sultanate and Belgium, noting that there are many factors supporting the various economic and investment relations between the two countries and contributing to its growth. She also stressed on the significant need for such bilateral visits to exchange ideas and expertise that help promoting economic relations between both countries.

“As we are optimistic about the future, still there are certain challenges that need to be tackled. However, through joint forces between Duqm and Antwerp, we can overcome these challenges,” said Cathy Berx.
Also at the event, Al Jabri gave a briefing on SEZAD and the government’s efforts to establish the infrastructure of the Zone and prepare it for investments of different kinds and scales.

He listed the various advantages of the 2,000-square kilometre SEZ, the largest in the Middle East and North Africa.

Al Jabri urged Belgian officials and businessmen in Antwerp to explore the investment opportunities offered by the SEZD and highlighted SEZAD’s interest to build more partnerships with companies operating in Antwerp.
The “Invest in Duqm” promotional campaign has been well received by Belgian companies and government officials who stressed on the need to identify opportunities for partnership and investment. Annick De Ridder, Vice Mayor of Antwerp and Vice-President of the Antwerp Port Authority, commented that the Port of Duqm is an important maritime gateway in the region stressing on the many potential opportunities for success and growth at Duqm Special Economic Zone.