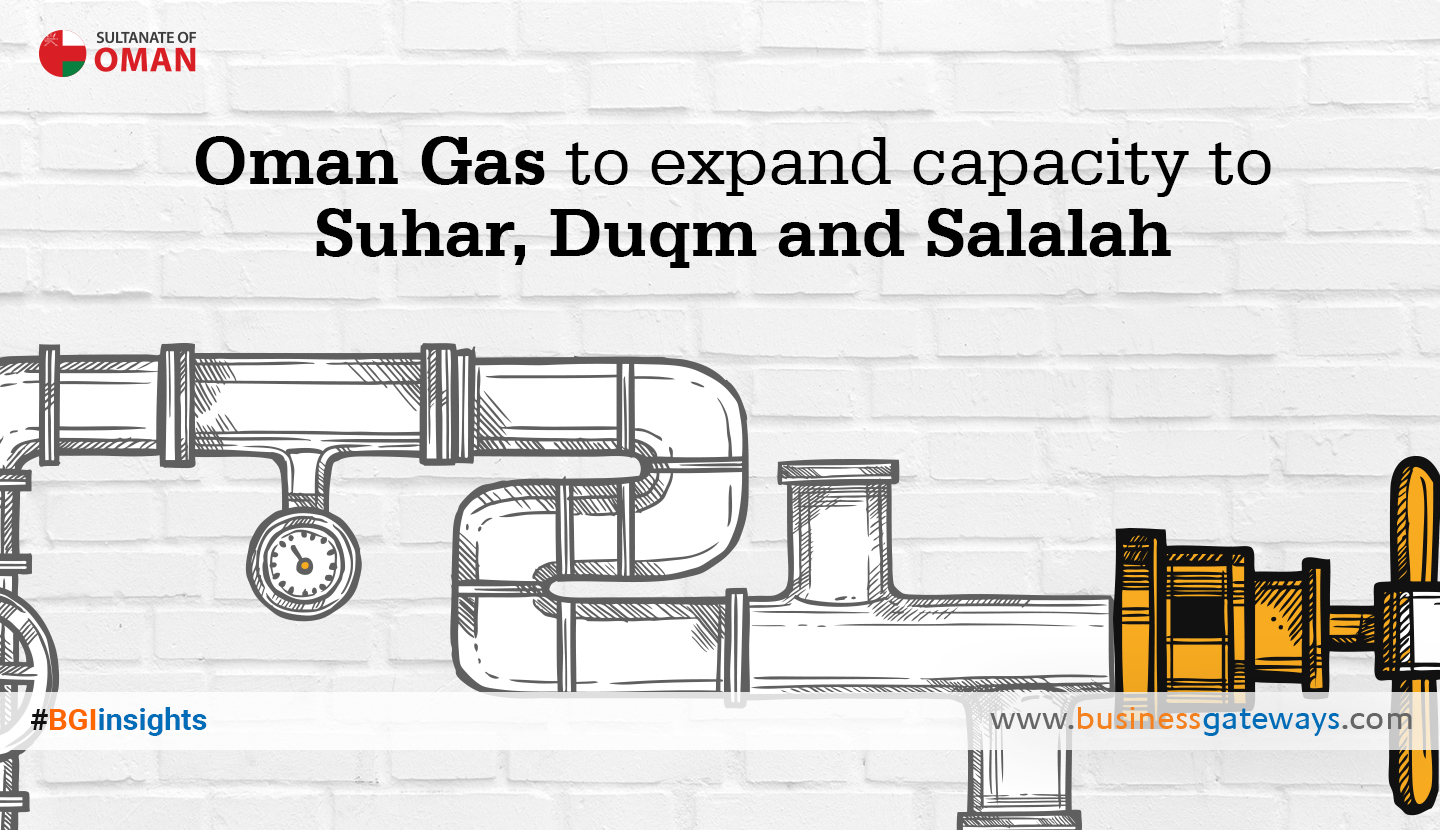 Oman Gas Company (OGC), a subsidiary of Oman Oil and Orpic Group, says it is adding new capacity to the nation’s critical gas transportation infrastructure to support demand growth at industrial hubs in Suhar, Duqm and Salalah. OGC, which is also the operator of the gas transportation network, said it is expanding the 932-kilometre gas pipeline system newly acquired from previous operator Petroleum Development Oman (PDO), to support demand in the Salalah. The wholly government-owned utility is “expanding the pipeline, which is connecting Nimr with Salalah and the central gas network from Saih Rawl to Sur to increase the transmission capacity from 64 million standard cubic metres of gas per day (MSCM) to 80 million standard cubic metres of gas per day,” it said in a post on its LinkedIn site.

In the north, OGC said it is targeting completion, by the end of this year, of a 301 km pipeline from Fahud to Suhar, which is being constructed to cater to support natural gas demand by new industrial and manufacturing investments in Sohar Port and Freezone, and Suhar Industrial City. Work is also ongoing on a 236 km gas pipeline that will serve as an energy lifeline to the Special Economic Zone (SEZ) in Duqm, it said. Additionally, the process of transferring government-owned gas pipeline assets operated by BP Oman in central Oman “is in the final stage”, said OGC.

The developments stem from the landmark Restated Concession Agreement (RCA) signed by OGC with the Omani government earlier this year, granted the utility the concession to own and operate Oman’s gas transmission system of pipelines, metering, compressor and gas supply stations under a new revenue framework for the next 50 years.

The new framework reshapes the gas transmission sector by implementing a cost-reflective tariff to transport gas across the system and new (market) processes that guide the interaction between OGC, the Ministry of Oil & Gas (as the shipper), gas producers and final gas consumers. The framework is based on a Regulatory Asset Base (RAB) method consistent with international best practices and will be regulated by the Authority for Electricity Regulation. OGC is currently in the process of being transformed into Oman’s sole, leading and independent gas transmission system owner and operator (commonly referred to as the “gas TSO”).