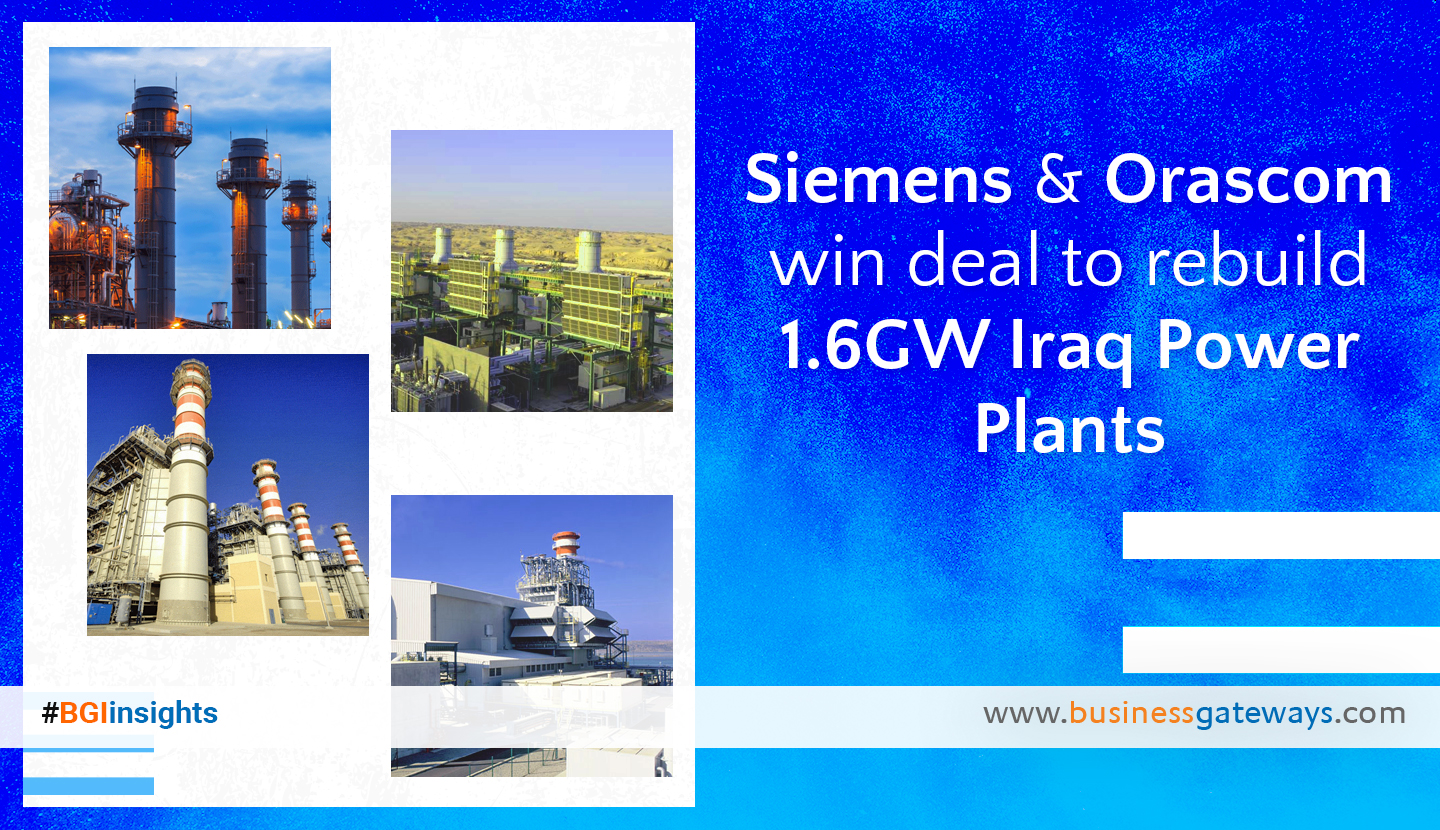 Global technology giant Siemens and Orascom Construction have been signed up by Iraq’s Ministry of Electricity to rebuild Baiji 1 and Baiji 2 power plants in northern part of the country.

The plants will have a combined generation capacity of 1.6 gigawatts (GW) when completed and are a major step in Siemens’ roadmap for rebuilding Iraq's power sector that has already added more than 700 megawatts (MW) to country's grid.

As per the deal, Iraqi government is set to award contracts worth €700 million ($775 million) for Phase One of the roadmap.

Work at Baiji, which is about 250 km north of Baghdad, will begin once the contracts are approved by Iraq’s Council of Ministers and a financial agreement is reached with the Ministry of Finance, said the statement from Siemens.

The projects are expected to be completed within 28 months after the financial closing, it stated.

These power plants in Baiji were severely damaged by Islamic State militants. Recovering the lost capacity from the plants will help Iraq power its biggest oil refinery located in the city, a concrete plant, and will provide electricity to thousands of homes in Salahuddin province and other areas.

Iraq’s Electricity Minister Luay Al Khateeb, Siemens' Joe Kaeser and Osama Bishai, the CEO of Orascom Construction, witnessed the signing of the agreement on the sidelines of the Iraq Energy Forum 2019 in Baghdad.

As per the deal, Siemens will supply four new SGT5-2000E gas turbines and will inspect and revamp six exiting ones. The company will also provide two 400-kV and one 132-kV substations, along with generators, auxiliaries, automation and control systems, and related electrical equipment.

"Iraq’s economic transformation is picking up pace, and this project demonstrates Siemens’ commitment to help Iraq’s Ministry of Electricity provide efficient and reliable power to all its people,” remarked Dietmar Siersdorfer, the CEO Siemens Middle East and UAE.

“We are proud to begin this project to help Iraqis in liberated areas recover and prosper,” he noted.

Discussing the deal, Karim Amin, CEO of Power Generation at Siemens, said: "The reconstruction of Baiji 1 and 2 power plants mark the second phase of our roadmap in Iraq and will be the biggest so far in terms of power generating capacity when both plants are completed."

"The rebuilding of Baiji will secure 1.6 GW and will create hundreds of jobs, which is a further demonstration of Siemens’ commitment to support knowledge transfer to the Iraqi people," stated Amin.

Siemens’ footprint has been expanding in Iraq and the company is now active at over 20 locations, from Basra to Erbil.

Siemens also has some recent experience in Baiji. Earlier this month, Siemens delivered power equipment to ensure constant electricity for a clinic being built in the city and will also donate Siemens medical equipment for the facility. Al-Tawheed Center is expected to open this year and will be able to treat 10,000 patients a year.