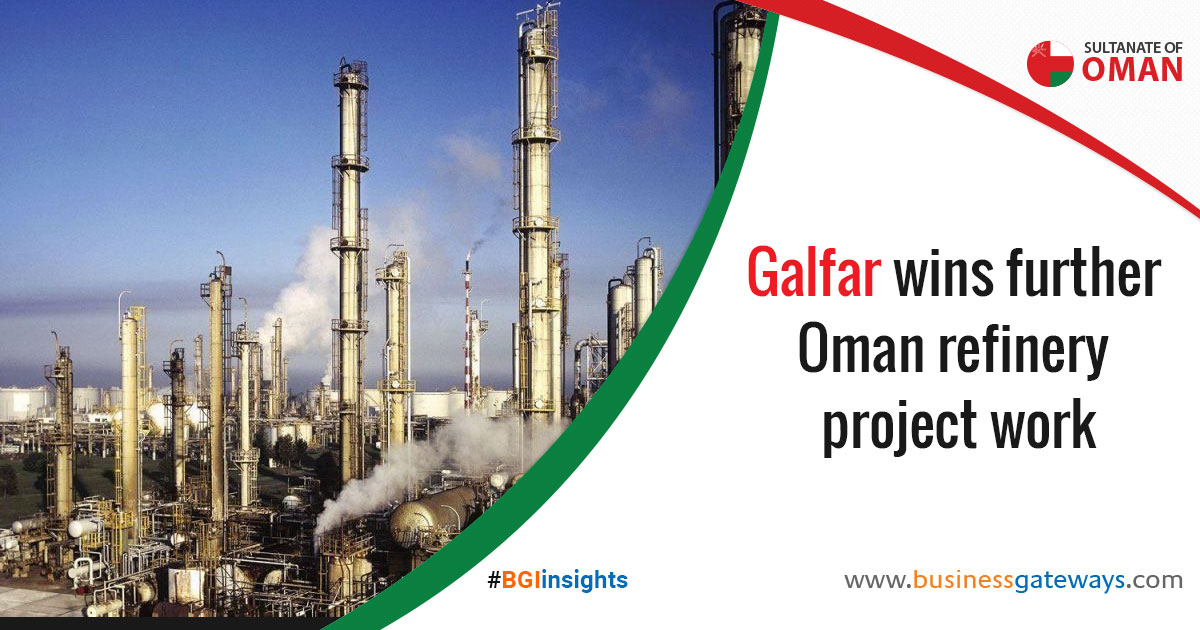 Oman-based Galfar Engineering & Contracting Company said it has been awarded a $60-million contract by Saipem for a key refinery project in the Duqm region of the sultanate.

As per the subcontract, the company will provide ‘mechanical, electrical, instrumentation and piping fabrication works for sub-package A and C at Duqm Refinery Package 3, offsite facilities’, stated the company in its filing to Muscat Securities Market (MSM).

The project work is likely to be completed by the end of November 2020, it added.

The subcontract was awarded to the Omani firm by a joint venture between UK-based Petrofac and South Korea's Samsung Engineering, which is working on the $2-billion EPC Package Two (utilities and off-sites).

As per the deal, Galfar is responsible for EPC building works of Package one and Three of the main contract of EPC Package Two - Utilities & Offsites of the Duqm Refinery project. The work is likely to be completed within two years, it added.