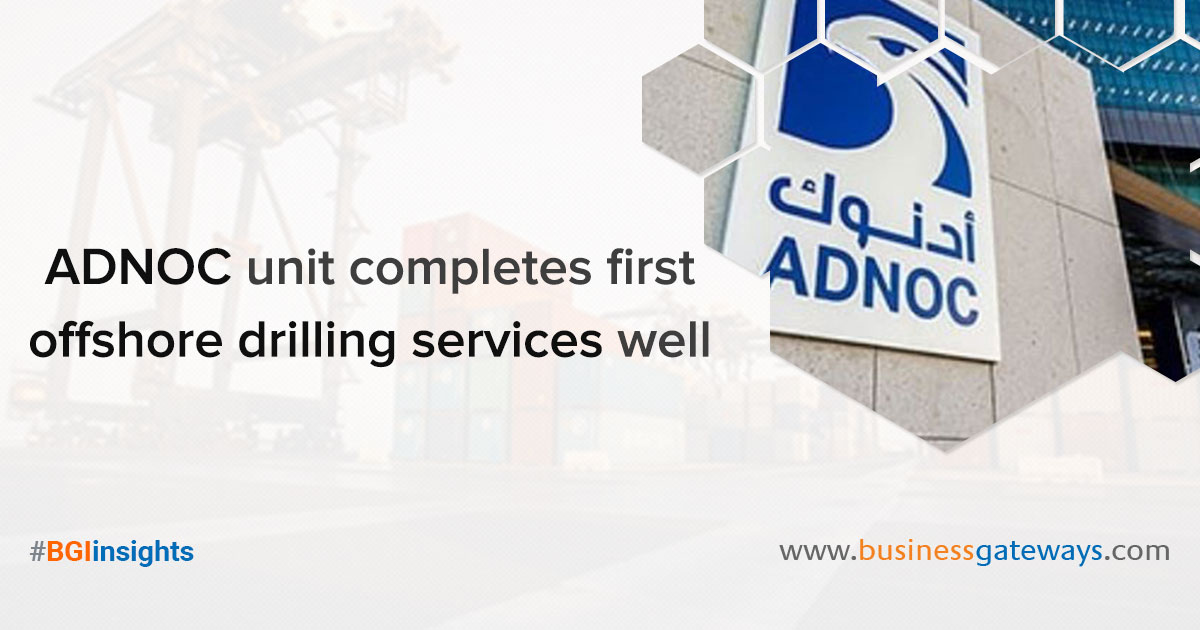 This milestone follows the successful completion of 14 onshore IDS wells over the course of this year, underpinning ADNOC Drilling’s transformation into a fully integrated drilling services company that offers start-to-finish drilling and well construction operations.

This first offshore IDS well delivered to ADNOC Drilling’s client, ADNOC Offshore – also a subsidiary of ADNOC – was completed ahead of schedule and within budget, achieving a best-in-class performance in terms of drilling efficiency.

ADNOC's Upstream Executive Director Abdulmunim Saif Al Kindy said: "Our first offshore IDS well and the 14 onshore IDS wells drilled over the course of this year have shown an increase in our drilling performance by about 25 percent, resulting in considerable cost savings and increased well profitability."

"The successful offshore well completion was delivered in record-breaking time, as were the previous onshore IDS wells," he noted.

"This milestone firmly positions ADNOC Drilling as a leading provider of comprehensive drilling and well construction services. It also positions the unit as the first national integrated drilling company in the region at an important time, when we are substantially expanding our oil production capacity, unlocking Abu Dhabi’s vast conventional and unconventional hydrocarbon resources, and driving efficiencies across all of our operations to deliver more value to the UAE and our partners."

ADNOC plans to grow its conventional drilling activity by 40 percent by 2025 and substantially ramp up the number of its unconventional wells, as it targets an increase in oil production capacity to four million barrels per day by the end of 2020 and five million by 2030.

Integrating new drilling and completion capabilities, enables ADNOC Drilling to capitalise on this growth as it supports the wider ADNOC Group to capture more value from every barrel of oil it produces.

ADNOC Drilling CEO Abdalla Saeed Al Suwaidi said: "Extending our comprehensive oilfield service offering to offshore wells less than a year after commencement of our transformation to an IDS company is an important milestone for ADNOC."

"This achievement, which followed our strategic partnership with Baker Hughes, a GE company, further strengthens our pivotal role in enabling ADNOC’s planned increase of hydrocarbon production capacity across its onshore and offshore fields," he added.