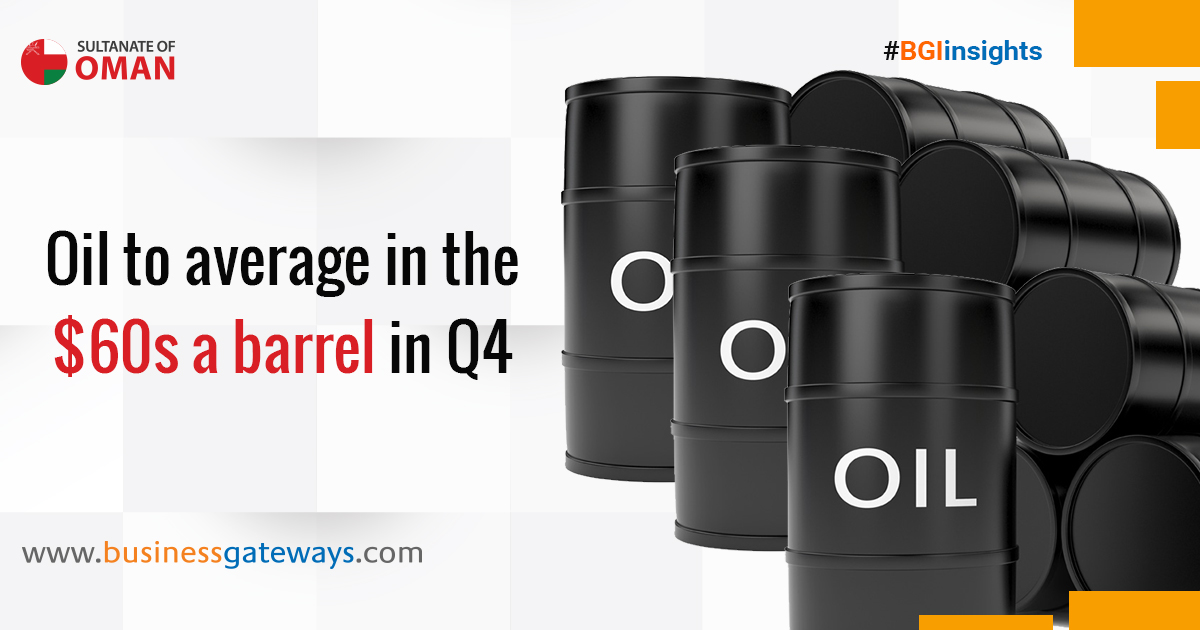 Brent crude oil prices will remain near current levels in the $60-a-barrel range through the fourth quarter, according to 42 per cent of respondents in a Gulf Intelligence Survey conducted a week after the attack on Saudi Arabia’s oil facilities. Meanwhile, more than a third of those polled expect crude to average in the $70s over the next 3 months.

On September 14, Saudi Arabia suffered the single-biggest strike to its oil infrastructure in the country’s history when critical processing facilities were hit by a series of drones and missiles that knocked out 5.7 million barrels a day of production capacity, which represented some 5 per cent of global supply. Brent crude prices initially spiked to over $70 a barrel and then settled down over the following week to settle in the mid-$60s as the recovery of production commenced.
Still, some 20 per cent of those polled in the Gulf Intelligence Survey of 100 energy industry executives, which was conducted as a curtain raiser for its annual Energy Markets Forum on October 1 in Fujairah, believe prices will fall and average in the $50-a-barrel range during the final 3 months of the year because global economic growth is weakening and smothering demand.

“The forum will offer a great opportunity to garner insight on the direction of oil prices over the coming months as we have the leaders of most of the world biggest energy trading companies coming to Fujairah, including Aramco Trading, ADNOC, Vitol, Uniper, Mercuria,’’ said Capt Moussa Murad, General Manager, Port of Fujairah, which is the national host of the annual event that is now in its ninth year.

The main theme of the 2019 Forum theme will focus on the new IMO 2020 Regulation that comes into force on January 1, 2020, where the International Maritime Organization will implement a new law enforcing a 0.50 per cent global Sulphur cap for marine fuels, down from 3.5 per cent. IMO 2020 compliance requires a massive change that will demand rapid adjustments across the global fuel supply chain to comply with the deadline. The landmark decision by the IMO already has begun to exact far-reaching consequences on shipping economics, global freight rates, refinery runs and trading arbitrage.

“The Energy Markets Forum has established itself as an important date on the annual calendar where all of those involved in the Middle East business of trading, refining, ports, shipping and storage, come together each year after the long Summer distraction and take stock of the international oil markets,” said Sean Evers, Managing Partner, Gulf Intelligence. “It is an important opportunity to share insights on how best to tackle global trends that will impact us here in the Gulf over the coming months,” he said. [Courtesy: Gulf Intelligence]